GEOMAR  Discover  Image of the month 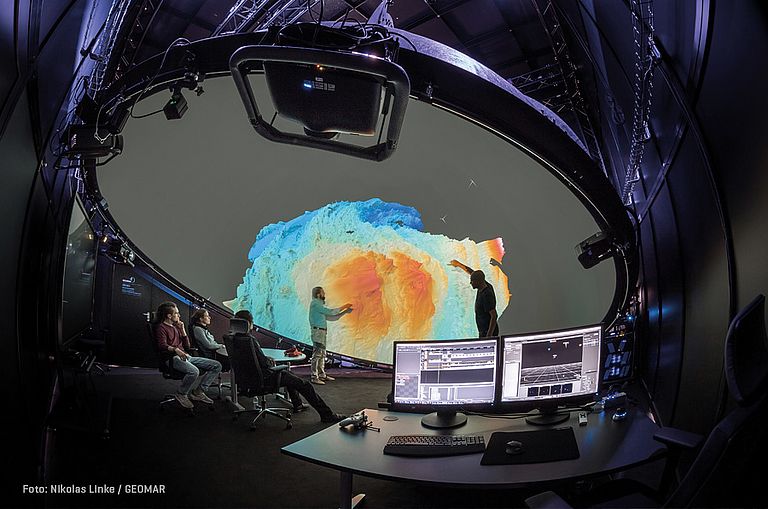 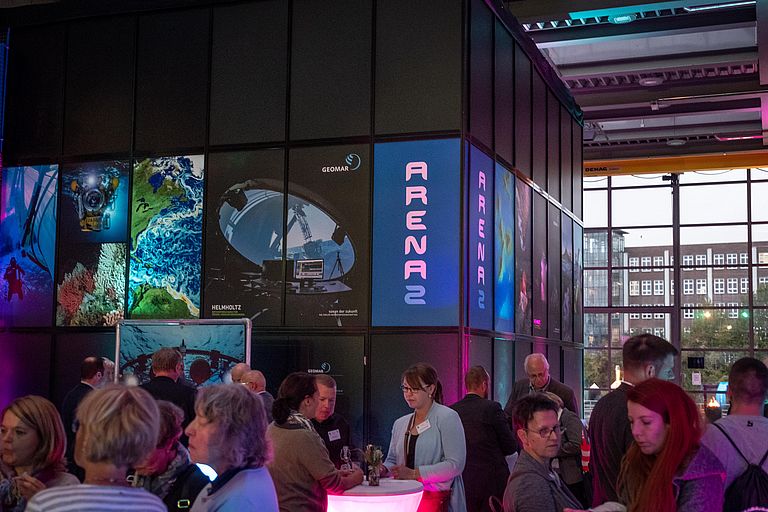 The ARENA2 in action

When you enter the GEOMAR Lithothek, you are surrounded by high shelves filled with blue boxes full of different rock samples. With these, researchers reconstruct the history of our planet, assess the risk of volcanism in the sea or even climate fluctuations of the past. The samples themselves are meticulously sorted, as the Lithothek is the central place for processing sediment cores and rock samples. However, insight just based on samples is not enough, especially in seabed research - the context is what matters. Often, a true-to-scale image of the coastline, volcanic craters or even ocean currents is needed, which is then incorporated into the scientific interpretation. Our image of the month shows where this can be achieved: In the back part of the Lithothek you can find a big black box: the ARENA2, a kind of digital planetarium, but with some special features. Inside is a dome onto which 360-degree visualizations of scientific data are projected. This dome is freely suspended and can therefore be adjusted at various angles.
With it, scientists are able elucidate every detail that is important to their ongoing research. The visualizations used in the ARENA2 stem from from photos and film material of diving robots or from 3D mapping of multibeam echosounders during expeditions. Since during large-scale research expeditions the most diverse research disciplines work together, it is essential to review, jointly analyze and discuss the collected data after returning home. ARENA2 now offers new possibilities for this, as it provides space for about 15 visitors. "If, in the future, those visualizations are then shared with colleagues worldwide via Internet, a truly global discussion forum will be created," says Dr. Tom Kwasnitschka, developer and laboratory manager of ARENA 2, describing his vision.
ARENA 2 is the successor to ARENA, which originally only accommodated four people. It resembled the shape of a bowl and projected 3D images up to 3m high around the researchers. The successor model now offers even more possibilities, as the dome can be tilted and height and inclination can be freely selected - offering better orientation for the user.