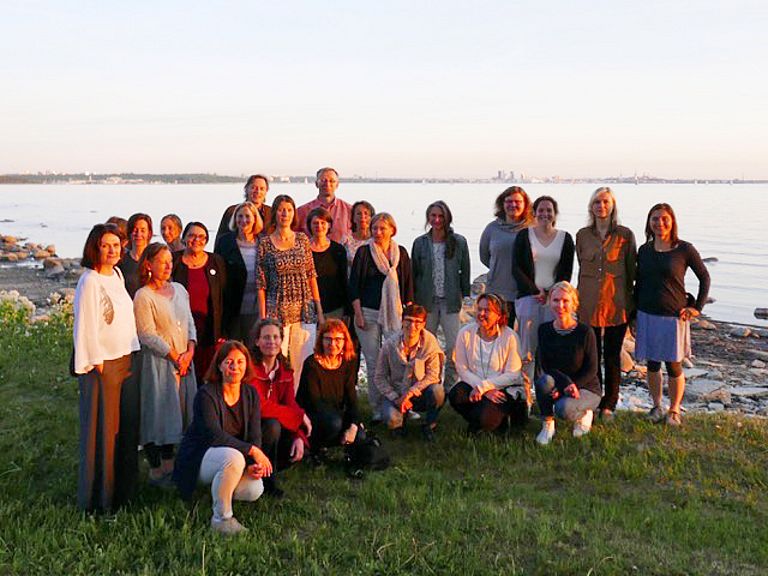 01 June 2018/Tallinn, Kiel. Horizon 2020 project Baltic Gender, which is funded by the European Union with 2.2 Million Euros and coordinated by GEOMAR Helmholtz Centre for Ocean Research Kiel, works on promoting gender equality in Marine Science and Technology. 25 project members from five countries around the Baltic Sea came together at the midterm annual meeting of the project held on the 29-31 May 2018 in Tallinn, organized by the Estonian Marine Institute.

The first day of the meeting was in the form of a workshop, where a novel method protocol for integrating a gender dimension (gender aspects) into marine research was tested. The focus of the next one and a half days was on the implementation of Gender Equality Plans in the eight scientific institutions, which are partners of the project. Sex-segregated data on qualitative and quantitative indicators, which show the status-quo of gender issues in the institutions, were presented. Regular collection of data on chosen indicators allows an institution to monitor changes in the equal representation (of women and men) in leading positions, equal distribution of resources, equal participation in decision making, fair recruitment processes, etc. “The Baltic Gender project has already produced an impact,” explains Prof. Katja Matthes from GEOMAR, the project coordinator. “Not only have the indicator data allowed us a closer look into institutional processes, but the project has taken a holistic approach to reach out to different stakeholders and career groups through initiatives such as an international mentoring programme for women in marine research, grass-root networks and various trainings on gender issues. We hope to generate commitment to gender equality at various levels of decision making in the eight partner institutions and beyond.”

The results of the indicator data, together with a wealth of information derived from other tasks of the Baltic Gender project, will lead to recommendations for new or improved targets, actions and measures for the Gender Equality Plan of each partner institution.