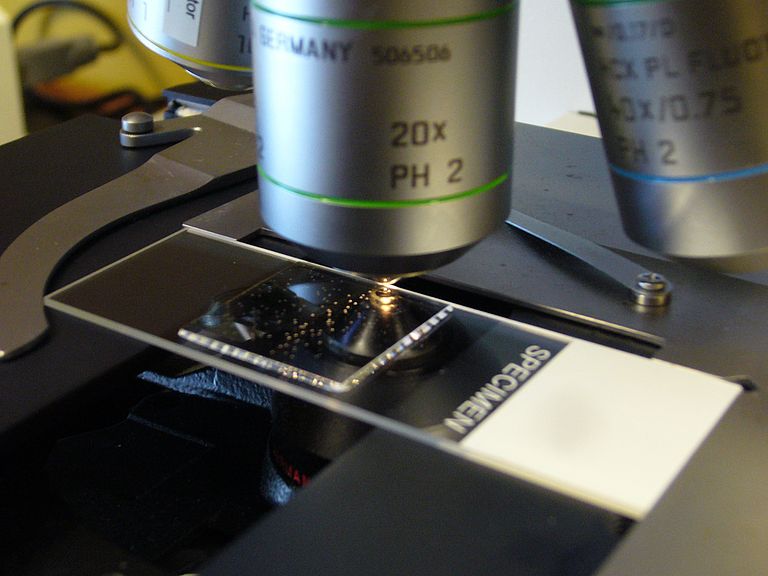 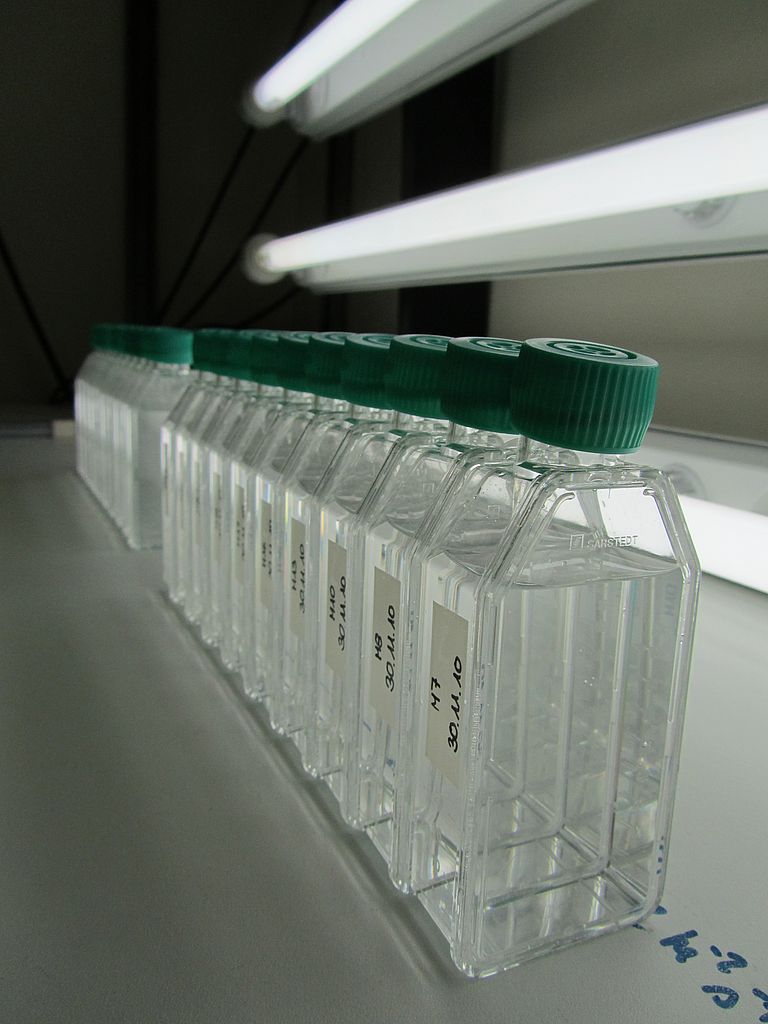 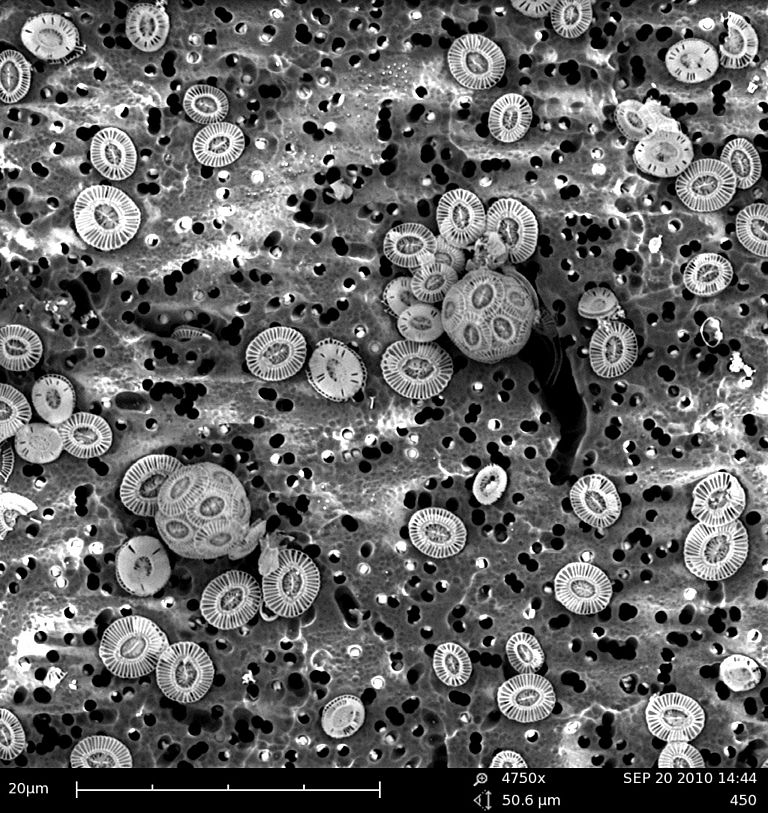 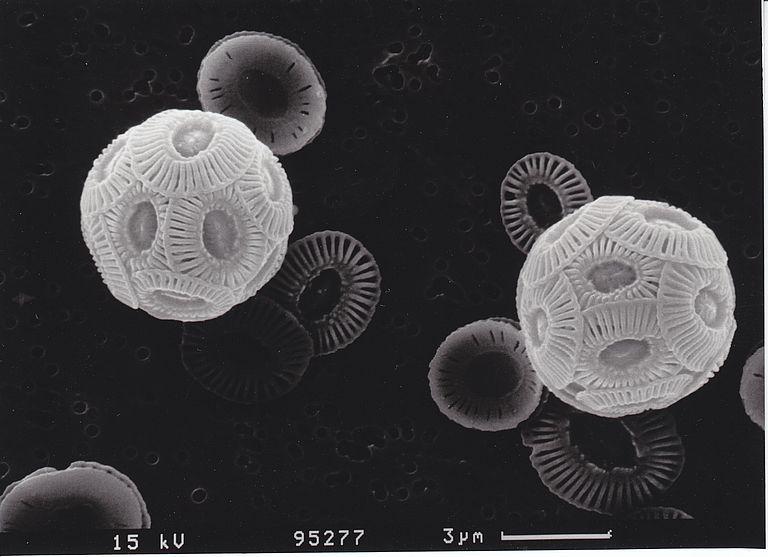 Evolution at the Sea

April 08, 2012/Kiel, Germany. Scientists of the Helmholtz Centre for Ocean Research Kiel (GEOMAR) conducted a one year CO2 selection experiment using the calcifying microalgae Emiliania huxleyi and uncovered an enormous potential for adaptation to rapidly changing environments in this important phytoplankton species. After 500 generations under controlled CO2 conditions adapted cultures grew and calcified significantly better compared non-adapted control cultures when tested under ocean acidification conditions. These findings show for the first time that evolutionary adaptation may help to mitigate harmful effects of ocean acidification. Still, this is not an all-clear signal for ocean acidification. The results are published in the current issue of Nature Geoscience.

Fossil fuel derived carbon dioxide has a serious impact on global climate but also a disturbing effect on the oceans, know as the other CO2 problem. When CO2 dissolves in seawater it forms carbonic acid and results in a drop in pH, the oceans acidify. A wealth of short-term experiments has shown that calcifying organisms, such as corals, clams and snails, but also micron size phytoplankton are affected by ocean acidification. The potential for organisms to cope with acidified oceanic conditions via evolutionary adaptations has so far been unresolved. Scientists of the Helmholtz Centre for Ocean Research Kiel (GEOMAR) have now for the first demonstrated the potential of the unicellular algae Emiliania huxleyi to adapt to changing pH conditions and thereby at least partly to mitigate negative effects of ocean acidification. These results raised by the biologists Kai Lohbeck, Prof. Ulf Riebesell und Prof. Thorsten Reusch are published in the current issue of Nature Geoscience.

Experimental Emiliania huxleyi strains were isolated in Norwegian coastal waters und cultured in the laboratory under projected future ocean CO2 conditions. After about one year, which translates into 500 generations in this rapidly reproducing species, the biologists detected adaptation to high CO2 – adapted populations grew and calcified significantly better than non adapted control populations when tested under ocean acidification condition.

“From a biogeochemical perspective the most interesting finding was probably a partly restoration in calcification rates” GEOMAR scientist Prof. Ulf Riebesell notes. Emiliania huxleyi covers its cell surface with minute calcite scales that were found to decrease in weight under increased CO2 concentrations. “This is what we expected from the literature. But we were fascinated to find impaired calcification to partly recover after only 500 generations” says biologist Kai Lohbeck.

The evolutionary mechanisms proposed by the GEOMAR scientists are selection on different genotypes and the accumulation of novel beneficial mutations. Such an adaptation has not been shown earlier in any key phytoplankton species. “With this study we have shown for the fist time that evolutionary processes may have the potential to act on climate change relevant time scales and thereby mitigate negative effects of ongoing ocean acidification” says evolutionary biologist Thorsten Reusch and adds “These findings emphasize the need for a consideration of evolutionary processes in future assessment studies on the biological consequences of global change”.

Despite this finding, the GEOMAR scientists by no means think about an all-clear signal for ocean acidification. The potential for adaptive evolution may be large in rapidly reproducing species with large population sizes as is Emiliania huxleyi. “This is one reason why we have chosen this species for our studies” say the biologists. Long-lived species and especially those having only a few offspring per generation commonly have a much lower adaptive potential on climate change relevant time scales. “Earth history tells a convincing story about the limitations to evolutionary adaptation” Prof. Ulf Riebesell explains, “environmental changes comparable to what happens right now in the oceans have repeatedly resulted in mass extinctions, even though these changes were 10-100 times slower than what we observe today”.

Another open question is to what extent the evolutionary changes observed under laboratory conditions are transferable to the oceans where other environmental factors and ecological interactions play along. Therefore, the GEOMAR scientists already started to prepare follow-up experiments. In the framework of the BIOACID (Biological Impacts of Ocean ACIDification) project, funded by the German Federal Ministry of Education and Research (BMBF), the biologists plan to use the Kiel Off-Shore Mesocosms to investigate the adaptive potential of Emilianian huxleyi under natural conditions.