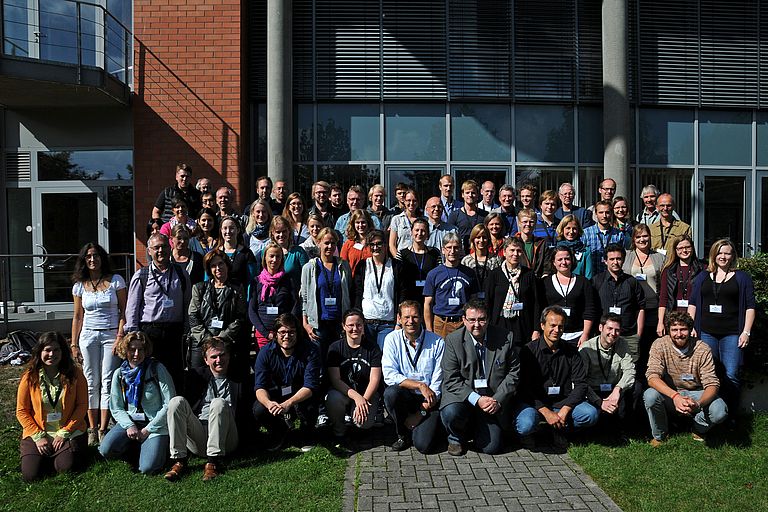 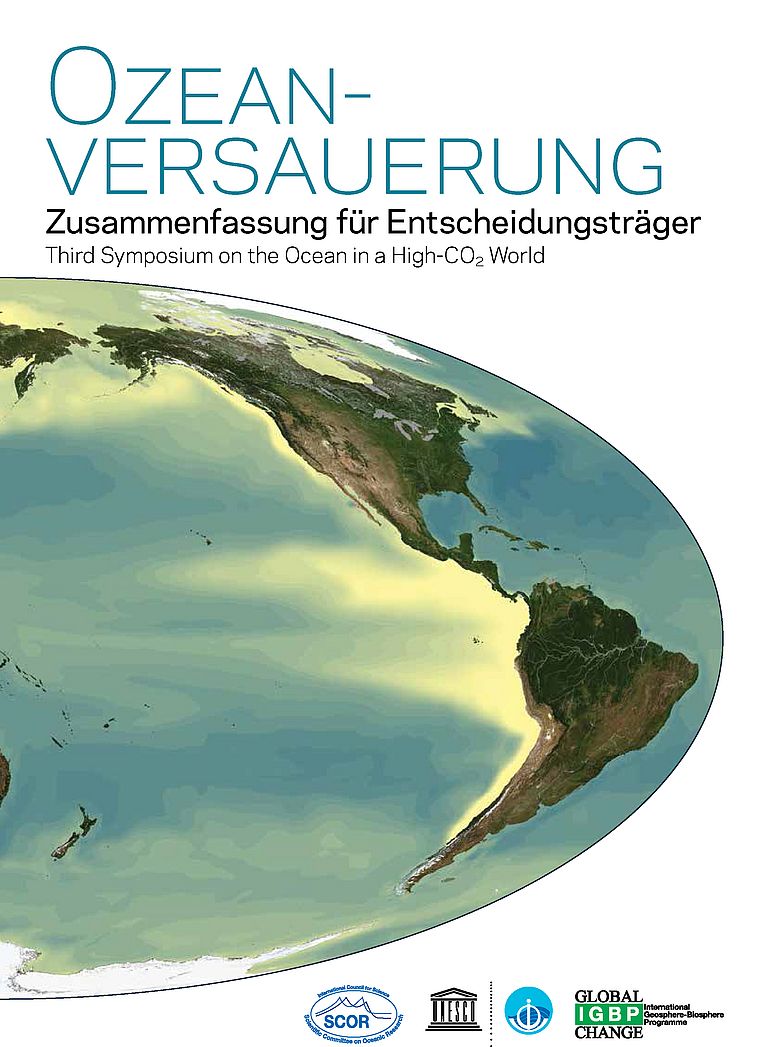 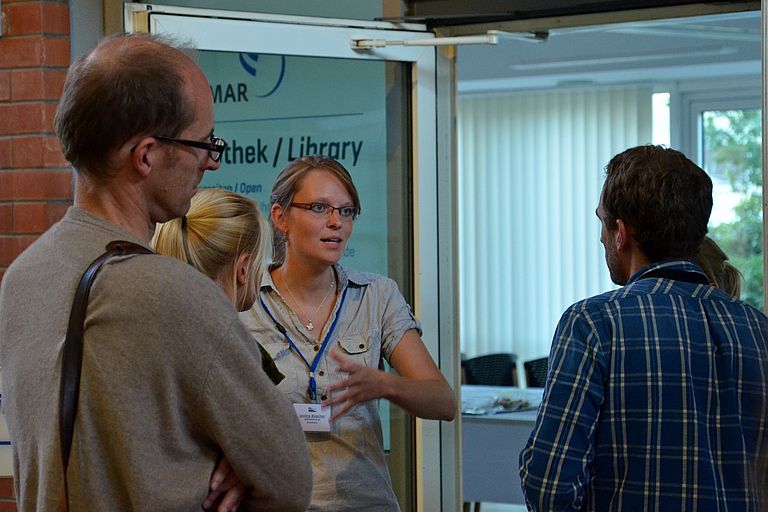 September 12, 2014/Kiel. Five years after their first "kick-off" at GEOMAR, the members of the German research network on ocean acidification BIOACID gathered again in Kiel. In addition to providing an overview of ongoing activities, presenting research highlights of recent developments, and planning upcoming work, a new brochure in German language was launched at the annual meeting 2014.

Five years after its start, the German research network on ocean acidification BIOACID (Biological Impacts of Ocean Acidification) has acquired a broad range of knowledge on biological mechanisms, organism responses, community and ecosystem effects and economic impacts. But the exchange at the annual meeting 2014 at GEOMAR Helmholtz Centre for Ocean Research Kiel also revealed some critical knowledge gaps: In laboratory experiments, a common phytoplankton species was able to adapt to ocean acidification, even when simultaneously exposed to other stress factors such as rising water temperatures – but will the adapted strains also successfully compete in their natural environment? In a field experiment, some tiny phytoplankton species benefitted from extra carbon dioxide in the water, while many calcifying organisms appeared to suffer. How does the boom or bust of some groups affect the food web? How do these changes impact the biogeochemical cycles in the oceans? Is it possible to quantify economic consequences of ocean acidification?

“We expect further insights into these and other questions and improved understanding of the underlying processes until the end of our second funding phase in autumn 2015”, Prof. Ulf Riebesell states. The professor of Biological Oceanography at GEOMAR Helmholtz Centre for Ocean Research Kiel coordinates the BIOACID project. The third phase will then focus on the evaluation and dissemination of the research results. “Our goal is to develop a comprehensive risk assessment of ocean acidification in combination with other environmental stressors and the often complex relationships and to widely communicate our findings to the public and decision makers.”

A first step has already been taken: At the annual meeting 2014, BIOACID launched a German translation of “Ocean Acidification: Summary for Policymakers”. The original was published by the International Geosphere-Biosphere Programme (IGBP) as a result of the Third Symposium on the Ocean in a High CO2 World, a meeting of 540 experts from 37 countries. “Now we can finally offer an overview of the current state of knowledge in German language”, said Riebesell. “Many BIOACID scientists presented their findings at this international symposium and took part in the intense dialogue initiated at the meeting. It was high time for a translation.” The brochure can also be ordered at the BIOACID coordination office. The full version is available for download on the websites of the BIOACID project and GEOMAR.

BIOACID in brief:
Under the umbrella of BIOACID (Biological Impacts of Ocean Acidification), 14 institutions examine how marine ecosystems react to ocean acidification, how this affects the food web and the exchange of material and energy in the ocean and how the changes influence the socio-economic sector. The project started in 2009 and entered its second three-year funding period in September 2012. The Federal Ministry of Education and Research (BMBF) supports the current work with 8.77 million Euros. The work is coordinated by GEOMAR Helmholtz Centre for Ocean Research Kiel. A list of member institutions, information on the scientific programme and the BIOACID committees as well as facts about ocean acidification can be found on the website www.bioacid.de.