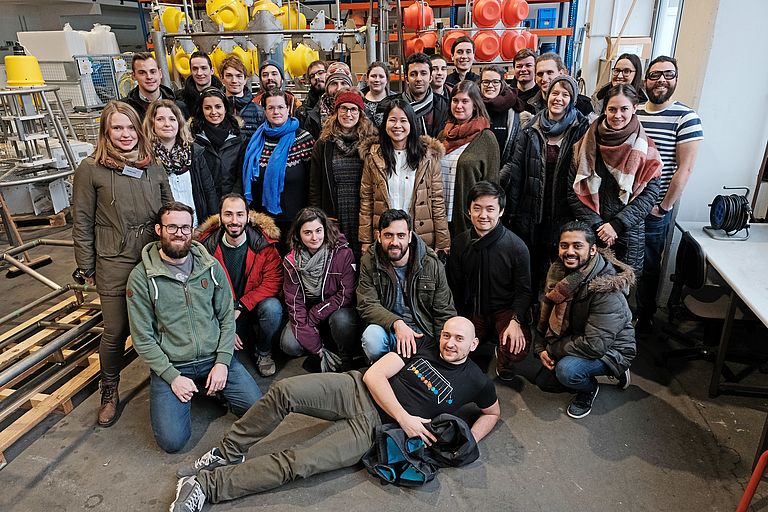 The Helmholtz Juniors in the GEOMAR Technology and Logistics Centre. Photo: Jan Steffen/GEOMAR 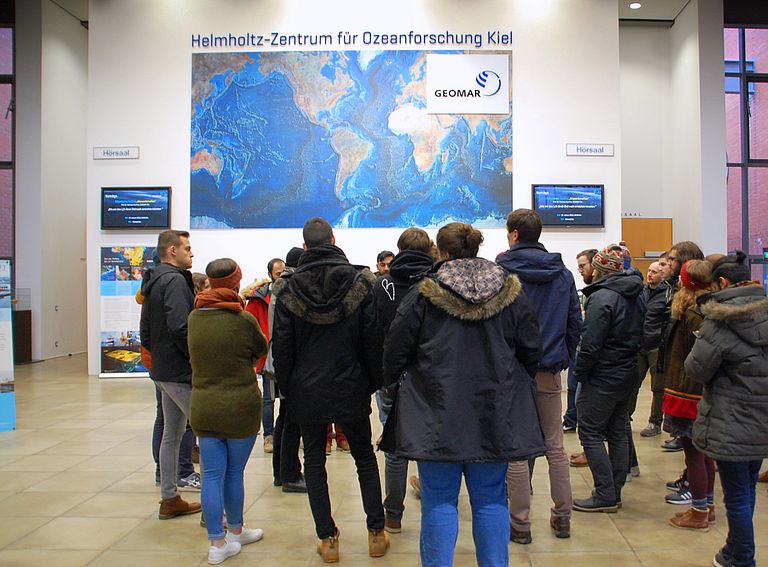 The HeJus during a guided tour at GEOMAR. Photo: Caroline Utermann/GEOMAR 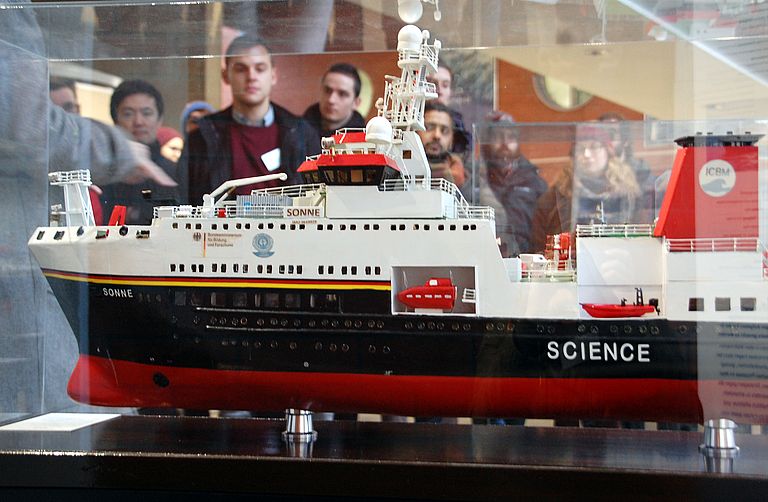 Representation of PhD students of the Helmholtz Association meets in Kiel

One of the focal points of the Annual General Meeting 2019 is the preparation of a survey among doctoral candidates at all Max Planck and Leibniz Institutes and Helmholtz Centres. "So far, such surveys covered only single science organisations. The Survey 2019 will all three for the first time and it will focus primarily on the supervision and working conditions of doctoral researchers," says Caroline Utermann, the second GEOMAR representative at Helmholtz Juniors.

Another important item on the agenda are the doctoral guidelines of the Helmholtz Association, which are reviewed and revised every five years. The evaluation for the next revision is currently taking place. In addition to directors and Graduate Schools, two Helmholtz Juniors are also members of the corresponding committee. Currently, these members are Thea Hamm from GEOMAR and the spokesperson of HeJu, Vasiliki Anastasopoulou.

During the meeting in Kiel, the Helmholtz Juniors also elect new spokespersons, inform themselves about the activities of the new N2 network, which links young researchers of the Helmholtz Association with those of the Leibniz Association and the Max Planck Society, and discuss the future of the NextGen@Helmholtz Conference, which Helmholtz Juniors have held annually so far. Last but not leastthe HaJus want to integrate the doctoral student representation of the new Helmholtz Centre for Information Security CISPA as soon as possible.

"In addition to the official agenda, the exchange with other doctoral students is of course important. The Helmholtz Juniors are as international and scientifically diverse as the Helmholtz Association as a whole. Every meeting is exciting," says Thea Hamm.

The Helmholtz Juniors in the GEOMAR Technology and Logistics Centre. Photo: Jan Steffen/GEOMAR

The HeJus during a guided tour at GEOMAR. Photo: Caroline Utermann/GEOMAR