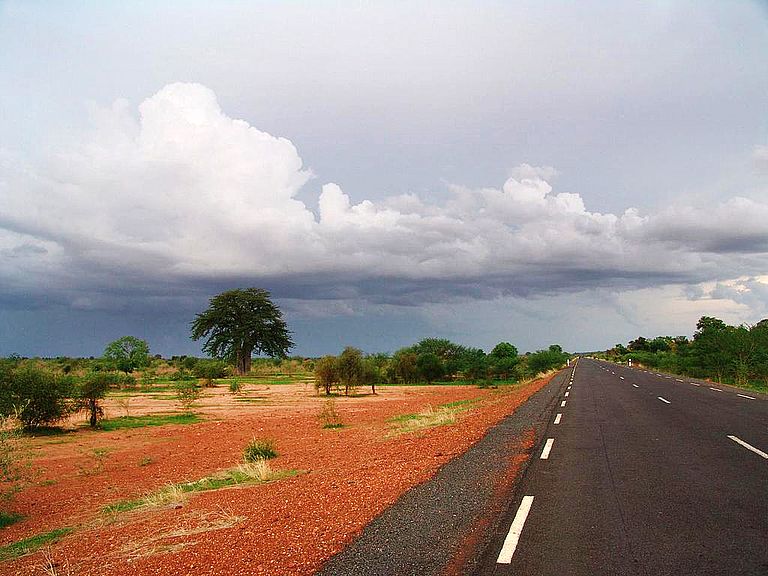 Drought or flooding? In particular, developing countries like those in the Sahel region of Africa could benefit from reliable near-term climate predictions. The photo shows a country road in Mali. Foto: NOAA via Wikimedia Commons 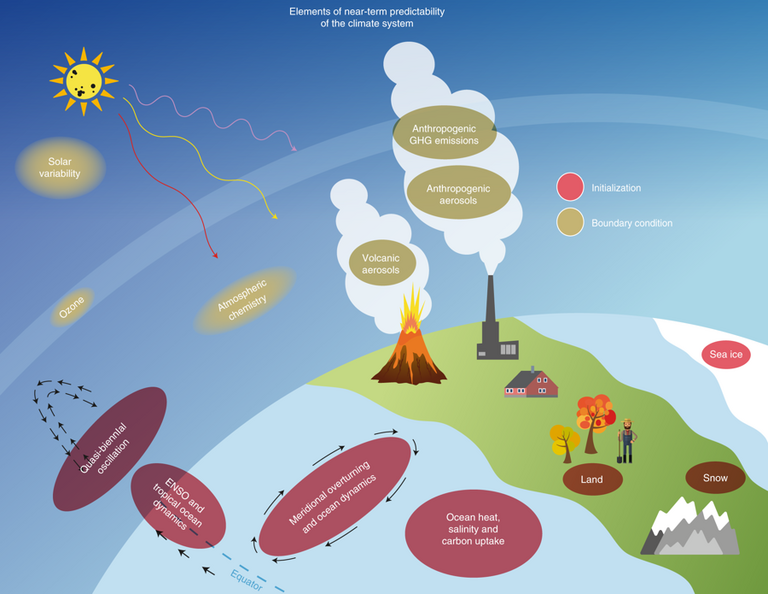 30 January 2019/Exeter, New York, Kiel. What will be the weather like tomorrow? Will it be rainy or sun shinesunny? Meteorologists around the world try to answer these questions every single day. That is why they run weather prediction models on a daily basis which result in weather forecasts for the next few days. Today, even seasonal forecasts for several months are calculated regularly, in Europe for example by the European Centre for Medium-Range Weather Forecasts (ECMWF) in Reading (UK).

These forecasts have to be distinguished from long-term climate projections, which are calculated for decades to centuries. They take external climate forcings such as solar variability, the trace gas composition of the atmosphere or volcanic eruptions into account. However, they are only calculated when necessary, for example to prepare a new report by the Intergovernmental Panel on Climate Change (IPCC).

Closing the gap between daily or seasonal weather forecasts on the one hand and long-term climate projections on the other is an important goal of current climate research. A group of international climate scientists led by the Met Office (UK) and the Lamont-Doherty Earth Institute of Columbia University (USA), with the participation of the GEOMAR Helmholtz Centre for Ocean Research Kiel, is now presenting an approach in the international journal Nature Climate Change on how to produce reliable climate forecasts for the next two to five years on a regular basis. These near-term climate predictions take into account both internal climate fluctuations and external influences such as solar cycles and carbon dioxide emissions.

"Climate forecasts for a period of a few years are much more interesting for industry and politics, but also for most people, than statements about what the climate will look like in 100 years", says Prof. Dr. Katja Matthes, co-author of the study and head of the research division "Ocean Circulation and Climate Dynamics" at GEOMAR.
The new study shows that near-term climate predictions can be very reliable when initialized with current observational data from the ocean and the atmosphere.

Lead author Professor Adam Scaife from the Met Office, who also teaches Applied Mathematics at the University of Exeter, stresses: "The science of near-term climate prediction is developing rapidly, following in the footsteps of weather forecasting, which has made enormous progress since the 1950s. Our research highlights significant skill in these predictions when tested against past climate variations and calls for regular, internationally coordinated predictions".

With the help of near-term climate predictions, governments and societies would be in a better position to prepare for the effects of climate fluctuations and changes. In particular, in developing countries, such as those in the Sahel region of Africa, could benefit from reliable and regular climate forecasts for the coming years.

The study brings together the findings of numerous recent studies dealing with the interaction of different climate factors over short periods of time. This includes research in which Kiel researchers were significantly involved, such as the influence of the 11-year solar cycle and the sea surface temperature in the Pacific on atmospheric circulation patterns over the North Atlantic.

"So far, near-term climate prediction systems have only marginally, if at all, considered the solar cycle. Now we show how this can be changed," says Prof. Dr. Katja Matthes, who is also a member of the corresponding steering group of the World Climate Research Programme (WCRP).

She is confident that in just a few years it will be possible to make reliable forecasts for several years. "We won’t be able to say whether or not it will rain on a certain day in Kiel. But we would like to be able to predict more reliably than before the long-term development of important climate parameters such as temperature or precipitation for a period of several years," she concludes.

Drought or flooding? In particular, developing countries like those in the Sahel region of Africa could benefit from reliable near-term climate predictions. The photo shows a country road in Mali. Foto: NOAA via Wikimedia Commons