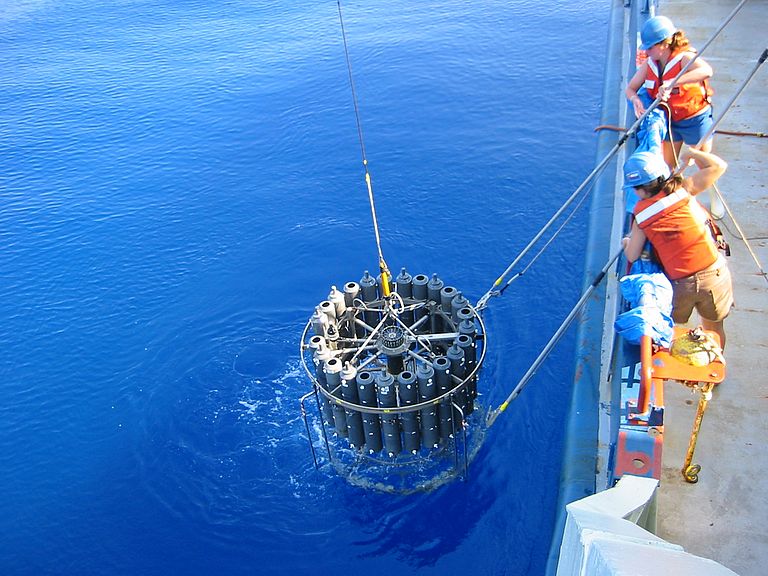 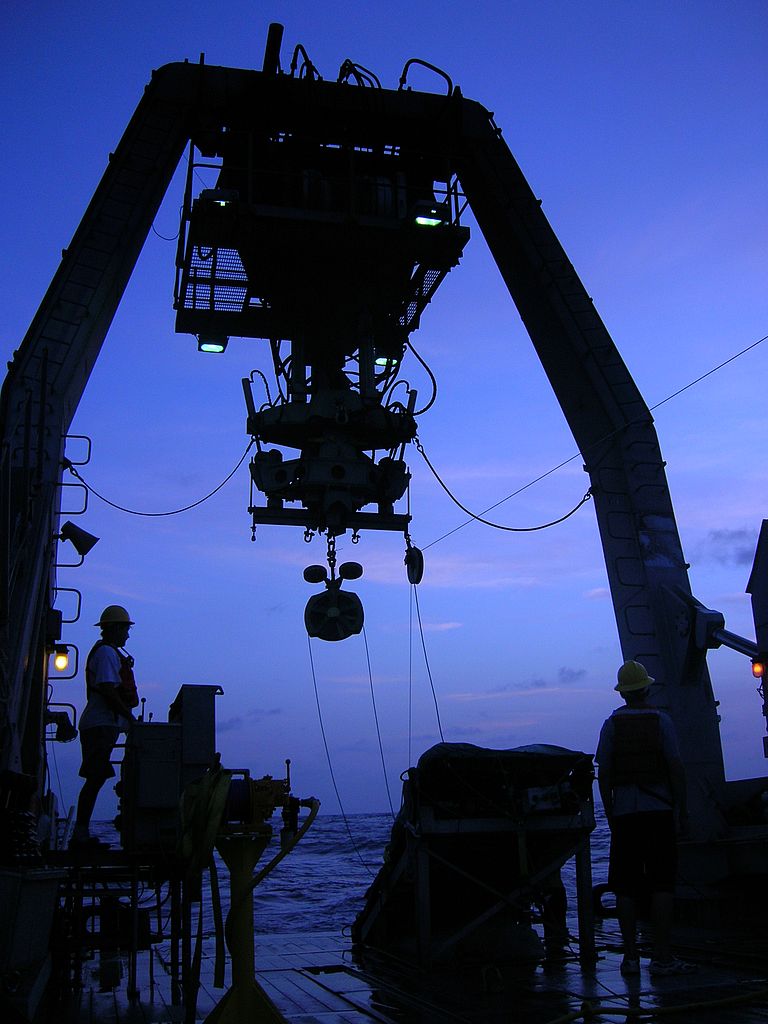 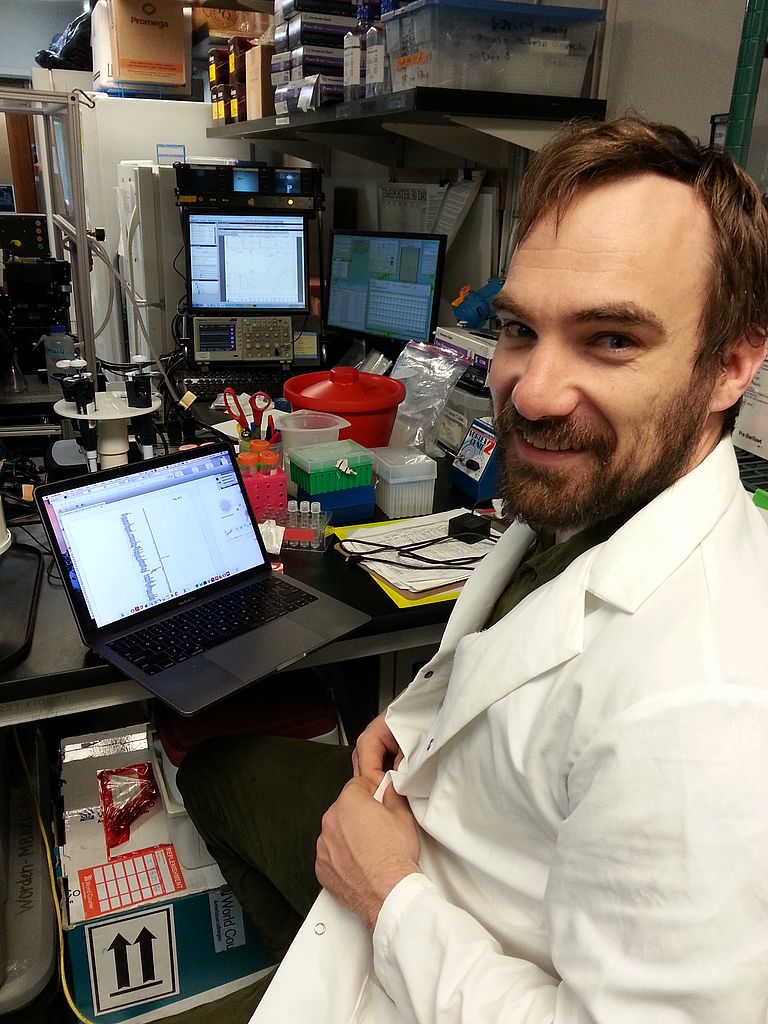 Viruses as Modulators of Interactions in Marine Ecosystems

26 September 2019 / Kiel. Viruses are mainly known as pathogens – often causing death. However, scientists from the GEOMAR Helmholtz Centre for Ocean Research Kiel working with other German and international collaborators are showing how viruses influence the biology of living marine predators. This sheds new light on the general role of viruses in ocean ecosystems. For these insights, the scientists integrated a suite of innovative and high technology methods that have not been applied simultaneously in the study of marine ecosystems.

The Oceans not only host large predators such as sharks or orcas. Even in the realm of the microscopic some unicellular species consume others. Choanoflagellates belong to these unicellular predators. They are widespread in the ocean and eat bacteria and small algae. Choanoflagellates are considered among the closest living unicellular relatives of animals and can transition to a multicellular state. For that reason they are often studied for understanding how multicellular organisms like us came to be.

Now, a team of scientists led by Professor Alexandra Z. Worden (GEOMAR Helmholtz Centre for Ocean Research Kiel, Germany/Monterey Bay Aquarium Research Institute, MBARI, USA) has provided the first insights in the interaction between choanoflagellates and viruses. In a multi-year intensive effort the team was able to detect the genome of a giant virus in these unicellular predators. The virus had a genome size and gene numbers comparable to small bacteria. More surprising than the genome size were the many functions it encodes and brings to the host. The study has just been published in the international journal Proceedings of the National Academy of Sciences USA.

For the study the scientists repeatedly went to sea with high-tech instrumentation and the goal to look at all the predatory unicellular organisms in the water using a laser-based visualization system. Then they individually separated these cells from other microbes in a process called single-cell sorting. “Each individual predator from the wild was then sequenced – and the single-cell sorts from one Pacific Ocean sample were dominated by an uncultured species of choanoflagellate”, Professor Worden explains.

In the same cells Dr. David Needham, a postdoctoral researcher in the Worden Lab and co-first author of the report, found the genome sequence of a virus. He showed that remarkably the virus encodes genes for microbial rhodopsin proteins and associated pigments, a suite of genes not seen together before in a virus. Other types of rhodopsin systems are known for being responsible for the detection of light in the eyes of vertebrates and many other animals.

While the GEOMAR/MBARI team and collaborators from the US, Canada and UK focused on the genome-based discoveries alongside the evolutionary biology and distribution of the virus, a collaborating team located at the University of Tokyo, RIKEN Center for Biosystems Dynamics Research and other Japanese Institutions led studies that generated the crystal structure of the protein and demonstrated that it acts as a light driven proton pump.

“Taken together, this means that the host, which is a predatory consumer just like many animals, uses sunlight when infected by the virus”, stresses Professor Worden. The researchers also broadened knowledge on the distribution of these genes in giant viruses in the oceans – and showed that the rhodopsin proteins likely have many specialized roles in eukaryotic cells – both phytoplankton and unicellular predators. Yet to be elucidated is the exact role of the virus in the host cell. “Is it for energy transfer? Or a new light sensing capability perhaps driving motility or other behaviours?”, Prof. Worden summarizes these as being important open questions.

The study by Worden’s team and collaborators is one of two reports by GEOMAR scientists just published on the role of viruses in marine ecosystems. In another remarkable study employing a suite of innovative methods in the framework of the Collaborative Research Centre 1182 “Metaorganisms” Professor Ute Hentschel Humeida's research group published the results showing the complicated relationship between bacteria, viruses infecting bacteria (bacteriophages), and marine sponges. They discovered that even neighbouring sponge animals, although massively filtering the same seawater to capture food particles, host individually unique and species-specific viral communities. “Each sponge individual has its own unique virome that is distinct from that of the neighbouring sponges”, says first author Martin T. Jahn. One abundant group of bacteriophages in sponges endows symbiotic bacteria with proteins enabling bacteria to escape immune responses of the host sponge. These particular bacteriophages are found to be widespread in diverse host-associated environments, including human.

“Together, these two studies show that we have only started to understand the role of viruses in marine ecosystems, but also for life on earth in general. Research on marine viral diversity – and its functional meaning for ecosystem processes are just at the beginning”, Prof. Hentschel Humeida of GEOMAR summarizes. “The power of these two studies” emphasizes Prof. Worden “is that they have elucidated major new features of host-virus interactions in the wild – bringing state-of-the-art technologies and methodologies to the field to study uncultured but widespread marine organisms. This opens new doors for understanding marine communities, how they interact and are how they are regulated – factors that are of upmost importance as we try to understand how communities will change in the future.”