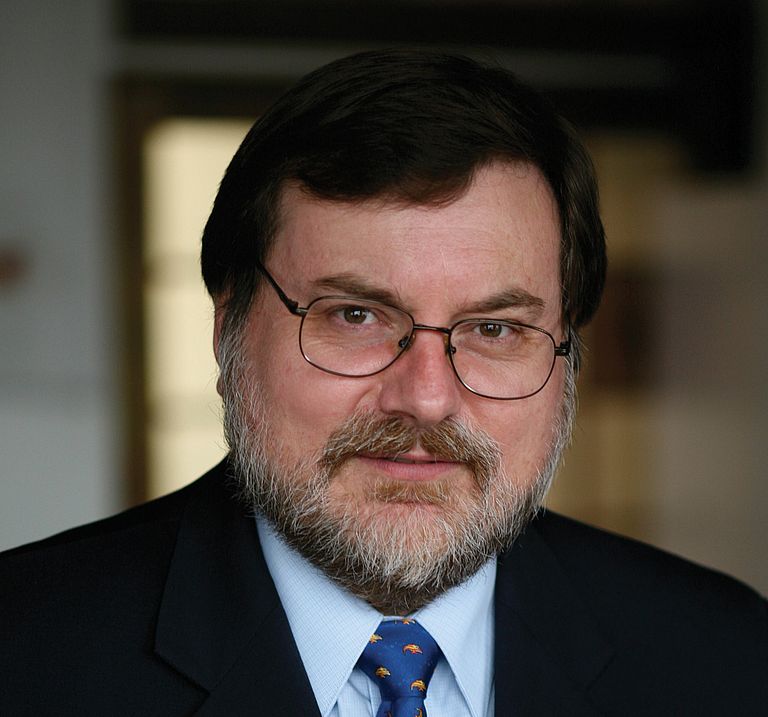 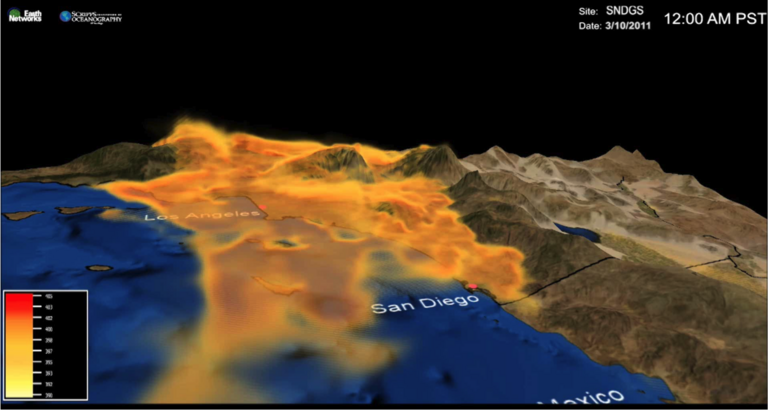 During a public evening lecture Dr Haymet presented a network to measure CO2 concentrations in the USA. Grafik: Scripps

How robots explore the oceans

31 January 2013/Kiel. Devastating natural hazards, climate relevant processes or urgently needed resources – the world ocean plays a key role in all these topics. Therefore exploring the oceans is a task for sustained future provision. Due to the vast area that is covered by the oceans autonomous observing systems and robots are needed to fulfill this task. Dr Tony Haymet, for many years director of the Scripps Institution of Oceanography in San Diego (California, USA), has concerned himself with the development of these systems. In January 2012 he visits the GEOMAR Helmholtz Centre for Ocean Research Kiel. Here he was granted the Excellence Award of the Prof. Dr. Werner Petersen Foundation.

If warm water masses start to move eastward from the western Pacific to South America, climate scientists, oceanographers and meteorologists around the globe are alarmed. This process announces the kick-off of a so-called El Niño, one of the most prominent natural climate variations on a time-scale of few years. Amongst other impacts El Niño or El Niño-Southern Oscillation (ENSO) leads to flooding at the west coast of South America and droughts in the Amazonian basin or Australia. Until the mid of the 20th century people were exposed to the impacts of ENSO without pre-warning. Nowadays such events can already be predicted months ahead with a high precision. This requires not only ocean-atmosphere models but in a particular a global sustained ocean observing systems. The latter consists amongst other instruments more than 3,500 autonomously operating deep-sea drifters, so-called floats which measure temperature, salinity and other parameters on a regular schedule with real-time transmission of the data. This project, called ARGO, is only one example how robotic systems and remotely controlled observatories increased our knowledge about the oceans during the last decades.

Nevertheless, large parts of the world oceans are still unexplored. As one of the world-largest marine research institutes, Scripps Institution of Oceanography in San Diego, California, has continously supported the development of ocean observing systems. As a director Dr. Tony Haymet is strongly advocating the further extension of these systems, amongst colleagues as well as in the general public.

Now Dr Haymet stays as a guest scientist at GEOMAR Helmholtz Centre for Ocean Research Kiel (Germany). His visit is supported by the Prof. Dr. Werner Petersen Foundation as part of the “Excellence Award” granted to Dr. Haymet by the foundation. During his stay Dr. Haymet discussed future cooperations with the German ocean researchers. Furthermore he gave a short course about “Global Ocean Initiatives & Governance” for students and scientists at GEOMAR as well as a public evening lecture about “The Future of Global Observing Systems and Robotic Exploration and Monitoring of the Oceans”.

“We’re very pleased about Dr Haymet’s visit to GEOMAR. He is an excellent scientist with high international reputation and good connections to most of the world’s largest marine research institutions. Exploration of the oceans und the development of necessary technical systems is only possible in international cooperation”, GEOMAR director Professor Peter Herzig states.

During a public evening lecture Dr Haymet presented a network to measure CO2 concentrations in the USA. Grafik: Scripps