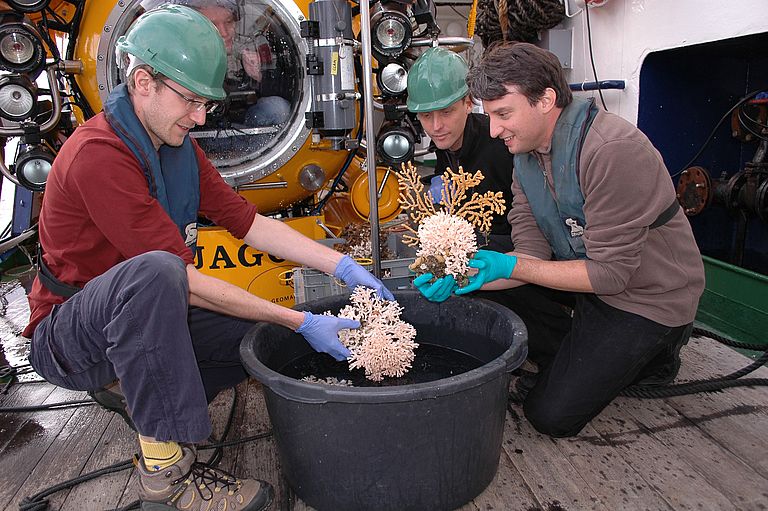 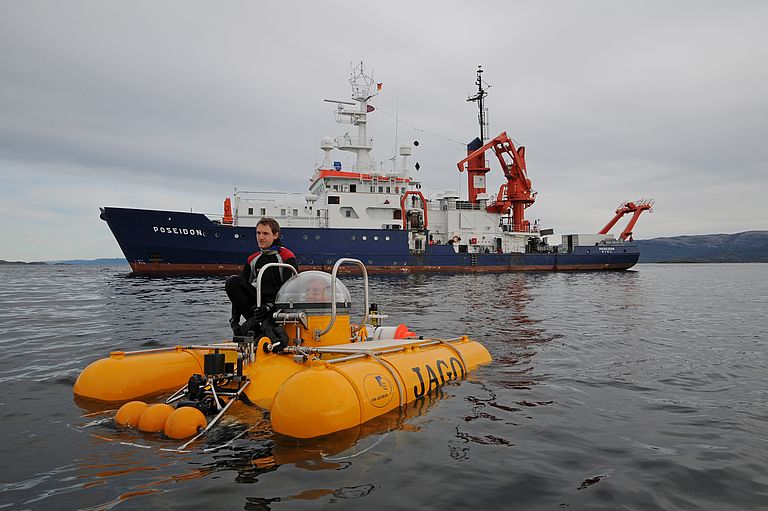 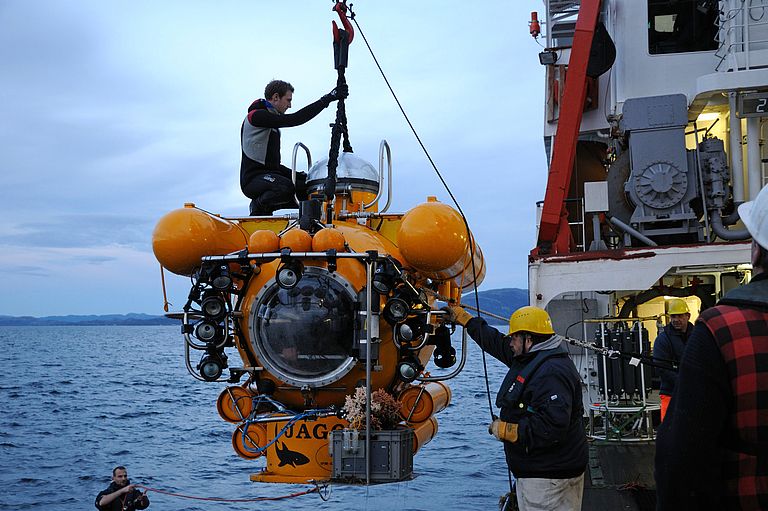 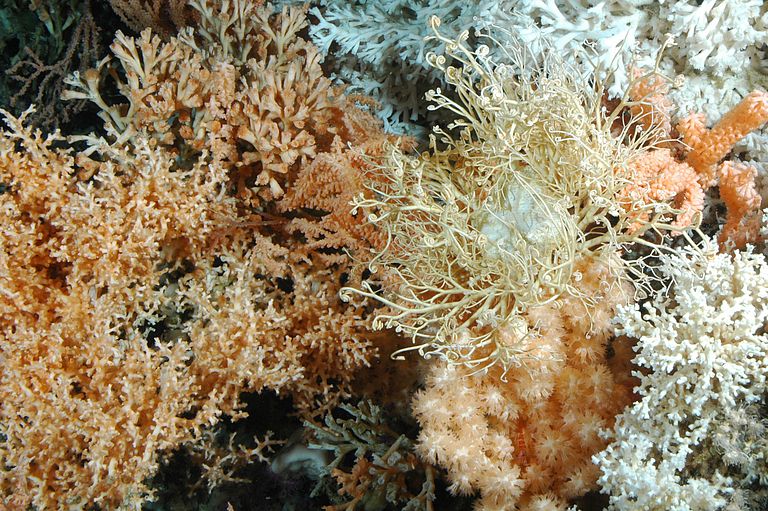 Basket star in a reef with gorgonians and stony corals. Photo: JAGO-Team, GEOMAR 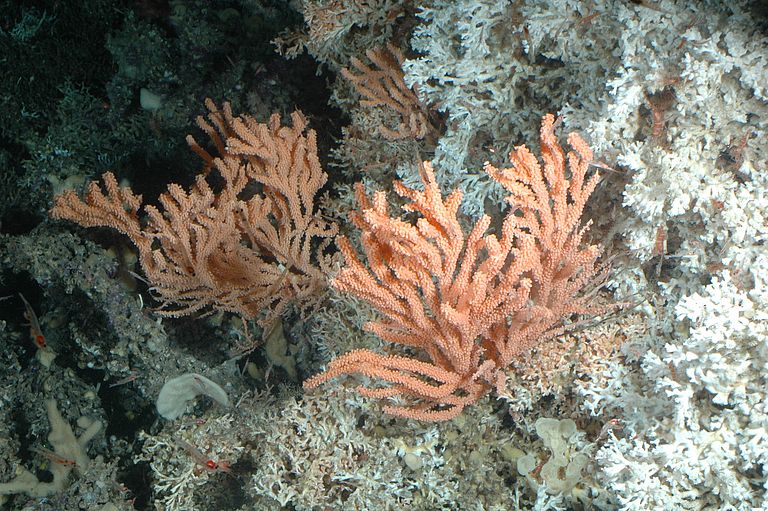 Reef-builders with a sense of harmony

Cold-water corals are able to fuse skeletons of different individuals

October 30, 2014/Kiel. Cold-water corals of the species Lophelia pertusa are able to fuse skeletons of genetically distinct individuals. On dives with JAGO, a research submersible stationed at GEOMAR Helmholtz Centre for Ocean Research Kiel, scientists from Scotland and Germany made the first-ever discovery of branches of different colours that had flawlessly merged. In their publication in the “Scientific Reports”, the researchers explain, how the ability to fuse supports the stability of coral reefs and thus contributes to the success of corals as reef-builders of the deep sea.

They live in the cold, dark depths of the oceans, are often exposed to strong currents and provide a stable base for diverse and colourful ecosystems: Stony corals of the species Lophelia pertusa are considered excellent reef-builders. According to the latest findings of researchers from the Heriot-Watt University Edinburgh, GEOMAR Helmholtz Centre for Ocean Research Kiel, the University of Glasgow and the United States Geological Survey, even genetically different individuals are able to fuse their skeletons. On an expedition with the German submersible JAGO and the research vessel POSEIDON, the scientists observed this for the first time ever at two reefs off the coast of central Norway in September 2011. Their results are now published in the “Scientific Reports”.

“Normally it is very hard to see where one coral ends and another begins. But on our dives with JAGO, we were able to find reefs where orange and white types of the coral fused together”, says Dr. Sebastian Hennige of the Heriot-Watt University Edinburgh. “Coming from a tropical coral research background, seeing coral fusing like this instantly grabbed my attention, so we were able to successfully sample some corals for genetic and skeletal tests to prove that fusion happens between different individuals.“ Because of his observations and analyses, Hennige thinks that Lophelia pertusa is able to recognise 'self' at a species level.

It had previously been assumed that these massive reefs were made by siblings joining together, but they are in fact fusing between genetically distinct individuals, as though two people sitting closely together were able to fuse their skeletons. This ability clearly distinguishes Lophelia pertusa from tropical corals. Tropical reefs are held together by calcareous algae that grow on the crust of dead branches. These algae depend on sunlight. “Cold-water corals build their reefs in the dark and are not supported like this. But they seem to have found another way to attain stability”, explains Dr. Armin Form, a marine biologist at GEOMAR and co-author of the publication. “Either the corals actually fuse and form a joint stock, or a branch grows over another one without interference.” Tropical stony corals usually behave much more aggressive: They release chemicals to prevent contacts with other corals or rely on physical aggression. “This defensive behaviour uses up a lot of energy, which is then no longer available for other functions.”

“This discovery highlights not only how much we have to learn about deep-sea ecosystems but how important advanced technologies are in deep-sea exploration”, Murray Roberts, professor at Heriot-Watt University Edinburgh, points out. “The chance to explore these deep coral reefs with the submersible JAGO allowed us to observe the corals fusing and get the all-important samples back to the ship and into our labs.”

Lophelia pertusa has evolved ways to save energy and strengthen the stability of the reef. Dr. Armin Form: „Given this plasticity, we hope that the coral will be able to cope with future climate changes. But we are not sure if they can keep track with the rapid environmental changes we are already experiencing."

Basket star in a reef with gorgonians and stony corals. Photo: JAGO-Team, GEOMAR