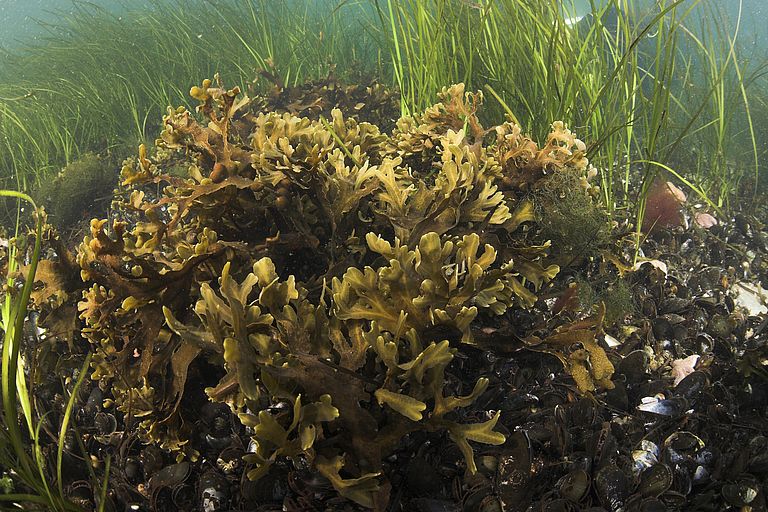 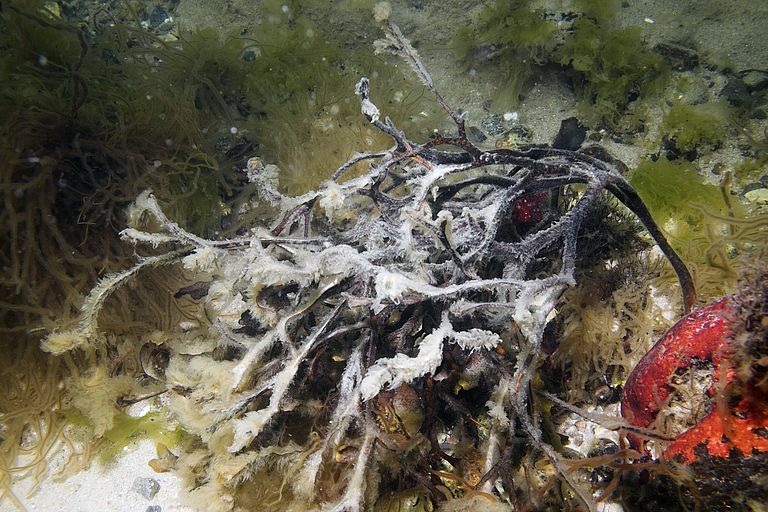 Acceleration and brake processes to adapt to global change

15 October 2019/Kiel. More short-term heat waves, long-term warming and acidification, increasing eutrophication and oxygen depletion - marine ecosystems are subject to many changes. Just as diverse are the reactions of marine organisms to individual factors. Biologists at GEOMAR Helmholtz Centre for Ocean Research in Kiel have for the first time been able to demonstrate in a large alga that its response to different environmental changes can be positively and negatively coupled - leading to an acceleration or deceleration of its adaptation. The study has now been published in the international online journal Scientific Reports.

Stress on marine ecosystems is increasing. The warming of the oceans, the lowering of the pH value of the sea water, the supply of nutrients and the loss of oxygen all affect them. Some single factors can be advantageous for certain species. However, other factors or other combinations of stress can severely restrict the performance of the same species. The different effects make it very difficult to estimate future shifts in species diversity. "One central question is whether the reactions to different changes are positively or negatively related to each other or whether they are independent of each other," says Prof. Dr. Martin Wahl, marine biologist at GEOMAR Helmholtz Centre for Ocean Research in Kiel.

Biologists from GEOMAR and the University of Rostock have published a new study in the international online journal Scientific Reportsthat shows for the first time that adaptations to a suite of environmental factors may be coupled at the genetic levelin a foundational species of coastal ecosystems, the bladderwrack Fucus vesiculosus,. "As a result, this can both accelerate or block adaptation of the bladderwrack to these ongoing changes," explains Professor Wahl, corresponding author of the study.

The bladderwrack Fucus vesiculosusis a brown alga that grows on hard substrates along the coasts of the North Atlantic and in the North and Baltic Seas. Like other algae, it plays an important role in the binding of carbon in the ocean. It also forms the basis of ecosystems in coastal areas. In the Baltic Sea, but also in its other regions, the populations of Fucus vesiculosushave declined sharply since the beginning of the 21st century. The exact reasons for this have not yet been finally clarified.

For their study, the researchers used a special experimental facility, the Kiel Outdoor Benthocosms (KOB). It consists of a total of twelve test chambers in which coastal ecosystems can be reproduced on a small scale. Due to complex control technology, several environmental parameters can be manipulated separately. Located on a pontoon in the Kiel fjord and the KOB are supplied directly with sea water. Thus, the environmental conditions within the test basins come very close to nature.

Over a period of twelve months, the team exposed genetically different families of bladderwrack to elevated carbon dioxide conditions and the resulting lower pH values in the water, heat phases, increased nutrient input and phases of oxygen depletion. "The individual families were descendants of single pairs of parents," explains Professor Wahl.

The responses to the different changes were clearly linked. Thus, families that tolerated lower pH values could also tolerate warming and higher nutrient values - and vice versa. At the same time, these families were much more susceptible to oxygen deficiency. "In nature, this could mean that a population of bladderwrack, which has adapted to overfertilization and summer heat, is particularly badly damaged or completely destroyed in autumn by oxygen-poor upwelled water" says Martin Wahl.

In summary, the team has not only succeeded in showing that responses to various symptoms of global change in a marine primary producer can be coupled. "The study also shows that in future research will be needed to investigate the reactions of organisms to several environmental changes that occur simultaneously or sequentially. Otherwise it will be difficult to make reliable statements about the future development of marine ecosystems," emphasises Professor Wahl.