Reconstructing the ocean and climate processes of the past will enable us to make well-founded statements about the future. Continuous and reliable instrumental measurement series, even of simple parameters such as air and water temperatures, exist for the last 150 years at most. This is far too short to provide information about long-term climate developments, because these take place over centuries, millennia or even millions of years. In order to obtain data from the past, climate researchers take samples from various natural climate archives, from which the environmental conditions of past times, such as temperature, fluctuations in sea level or the composition of the air and ocean, can be derived. 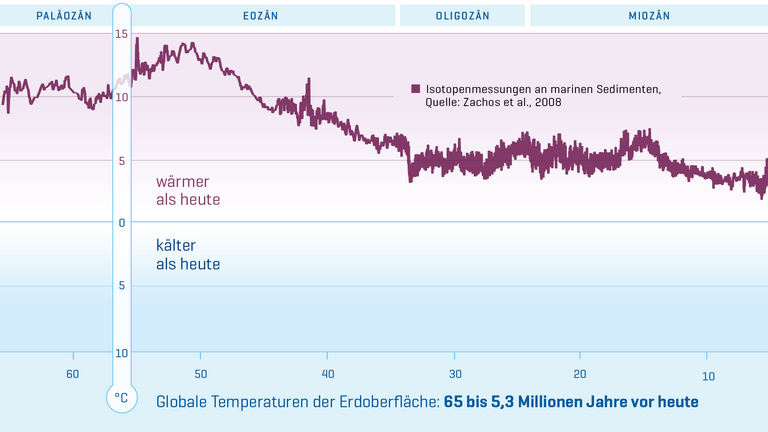 A Short Story About a Long Period of Time 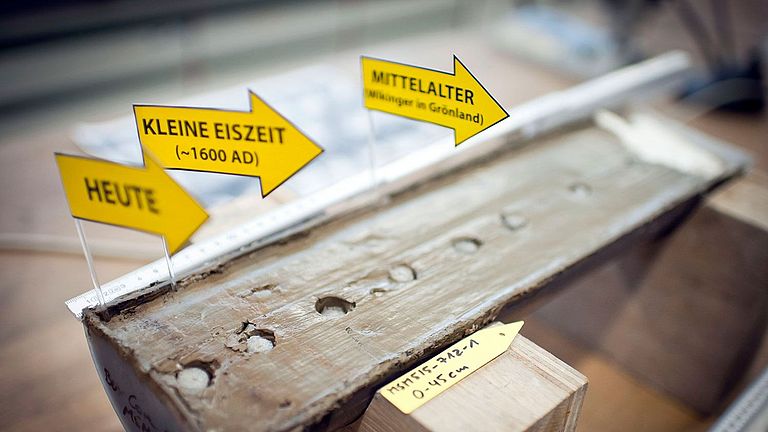 Keys to the Past 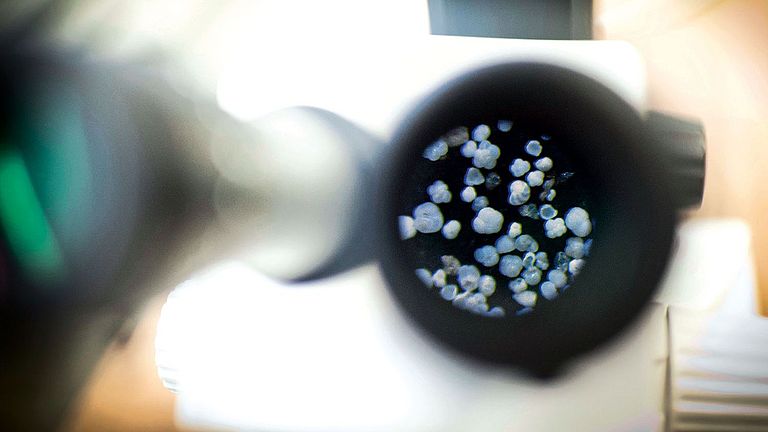 Microfossils as Environmental Archives From the Sea 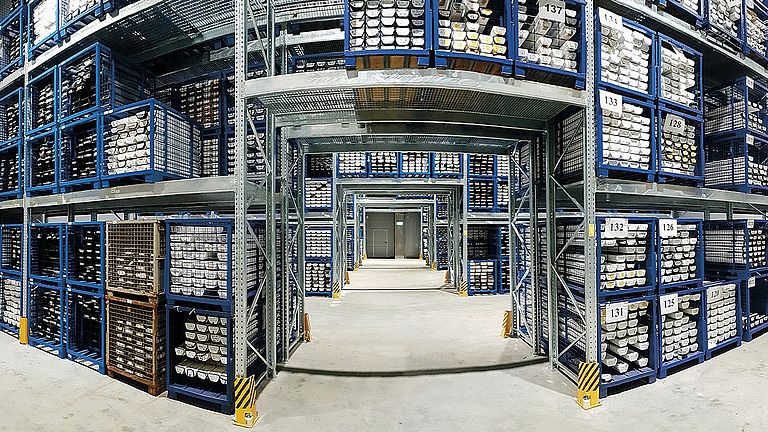 The Core and Rock Repository
The Seabed Archive for Science 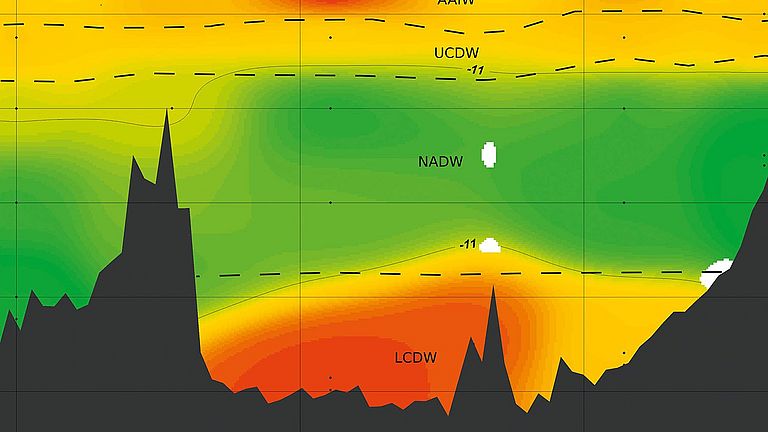 Depending on the type of sample used, information on different climate elements can be obtained, with tree rings and corals providing data from relatively short periods of time, but at a high temporal resolution. Ice cores from ice sheets or glaciers can reflect annual differences up to 1 billion years ago. Marine sediments, on the other hand, show a very coarse temporal resolution, but contain climate data reaching far back into the Earth's historical past.

At GEOMAR, both sediment cores and coral samples are studied. Oceanic environmental conditions are not stored directly in sediments or corals, but have to be determined indirectly via so-called proxies. TREE RINGS | Tree rings can tell about years of drought or show traces of heavy rainfall. Therefore, no two annual rings are alike, and each tree develops its own ring pattern that reflects the small-regional climate conditions at its geographical location. Every year, a tree forms a new growth ring. If the weather is favourable for growth, the tree forms wider annual rings, while in extremely cold, unfavourable years it forms narrower ones. Since the beginning of this century, tree rings have been measured and compared with each other. In this way, a calendar is obtained that documents climate events in seasonal resolution thousands of years back. 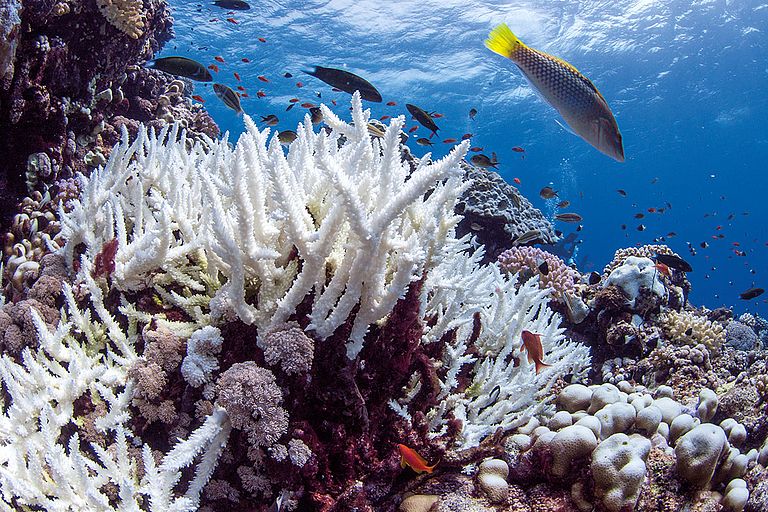 CORAL REEFS | Coral reefs occur almost everywhere in the shallow waters of the tropical ocean. They are complex communities and offer excellent archives for reconstructing past environmental conditions. Individual tropical coral colonies form annual density bands comparable to those of tree rings. They often reach an age of several hundred years. Their annual growth is documented in the density bands and thus enables the investigation of geochemical parameters in seasonal resolution going back to times before the industrial revolution of the 19th century. Photo: Anna Roik/GEOMAR 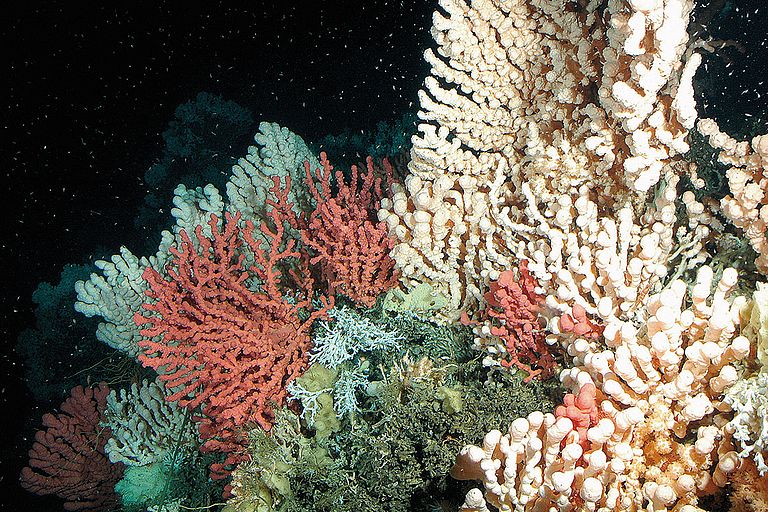 COLD-WATER CORALS | The distribution of coral reefs is not limited to the warm tropics. The so-called cold-water corals of the higher latitudes do not live in symbiosis with green algae like their tropical relatives and are thus largely independent of light and especially depth. It has only been known for two decades that these cold-water corals also form mighty reefs and are found on almost all continental margins of the world's ocean in water depths between 1000 and 40 metres. Cold-water corals are also excellent natural archives. Photo: JAGO Team/GEOMAR 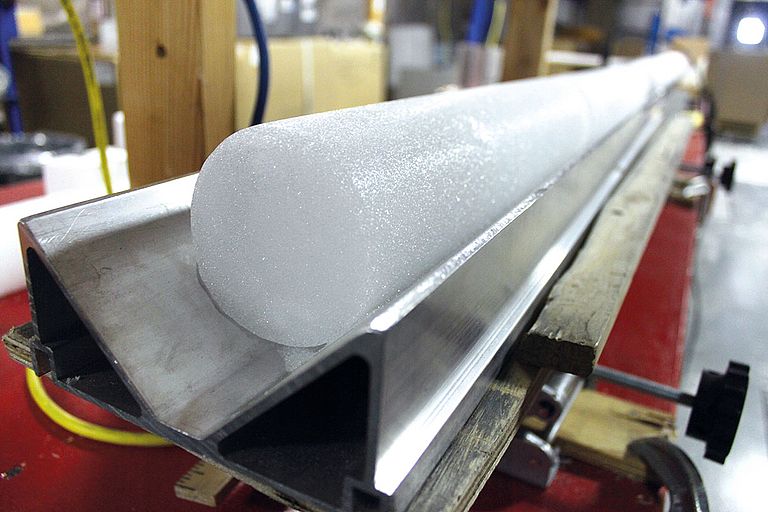 ICE CORES | Ice cores from the mighty ice sheets in Greenland and Antarctica, resulting from annual deposits of snow, are excellent climate archives. The deeper an annual layer lies in the ice, the older and thinner it is, as the weight of the overlying layers compresses it. So far, the longest boreholes in the ice are just over three kilometres deep. By counting the layers of ice, it became clear that the ice cores in Greenland go back 123,000 years into Earth's history and in Antarctica even more than 800,000 years. Photo: Eli Duke, WAIS Divide Field Camp, CC-BY 2.0 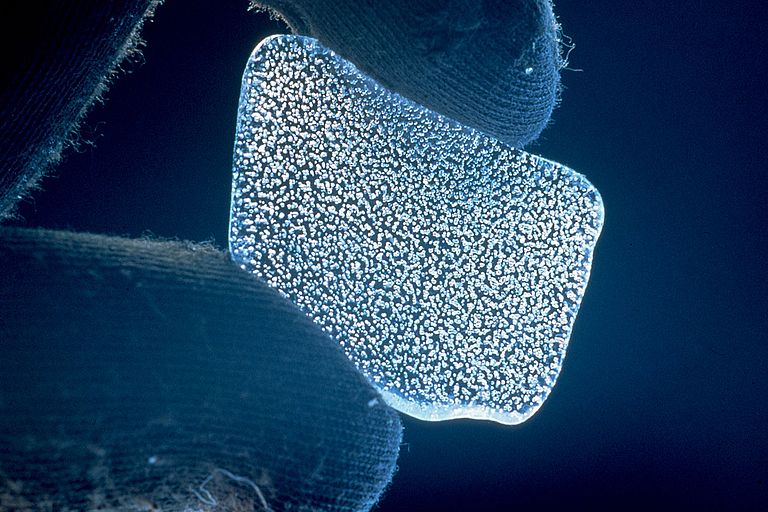 ICE CORES | When analysing ice layers, scientists are particularly interested in the small air bubbles trapped in the ice. These "fossil" air bubbles are reliable archives that reflect the composition of the atmosphere of past times. It became clear from the measured carbon dioxide and methane concentrations that the global atmosphere was subject to very strong and rapid fluctuations, especially during the ice age cycles with its cold and warm phases. In addition, dust particles trapped in the ice are valuable indicators for reconstructing changes in atmospheric circulation and their influence on the ocean. Photo: CSIRO, CC BY 3.0 SEDIMENT CORES | The seafloor represents the largest and most extensive climate archive on Earth, as sediments are deposited slowly but continuously on the seafloor over many millions of years. In drilling cores, the individual sediment layers can be read like pages of a book that records the climate history of the Earth. The shells of microfossils they contain provide important information about the ocean and climate conditions of past times. Photo: Jan Steffen/GEOMAR

The expedition SO264 Emperor with the German research vessel SONNE aimed to reconstruct the climatic and oceanographic conditions of the North Pacific in the past. For this purpose, the team of 38 researchers from eleven nations, led by Prof. Dr. Dirk Nürnberg from GEOMAR's Paleo-Oceanography research unit, collected sediment samples for the first time continuously in largely unexplored offshore regions along the line of the Emperor volcanic chain.

In the deep sea, the last ice age is not yet over

How the sea level influences the global carbon cycle

A stable ocean circulation in a changing North Atlantic Ocean