Observational data from the ocean are of elementary importance for understanding the complex climate system of the present with its multilayered interactions between a multitude of components. They are also needed for quality control and as initial and boundary conditions for high-resolution climate simulations. At GEOMAR and its predecessor institutes, new measurement methods have been developed and data from all parts of the world ocean have been intensively collected and analyzed for more than 80 years. GEOMAR researchers maintain long-term observation stations such as moorings in the tropical and subpolar Atlantic, but also in Boknis Eck in the Eckernförde Bay, where one of the world's longest time series stations is operated. 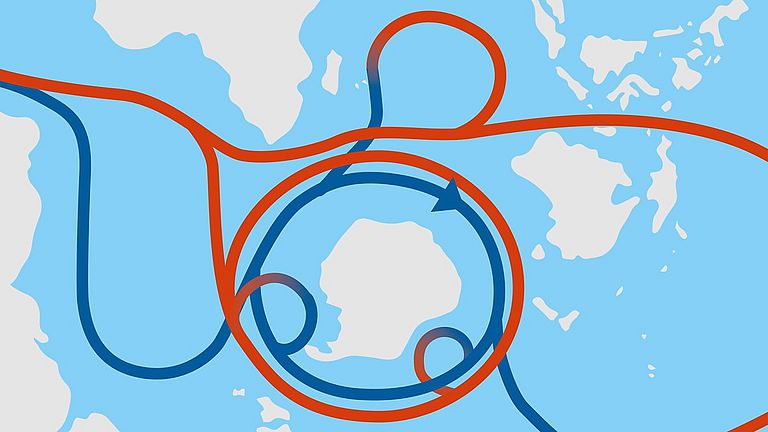 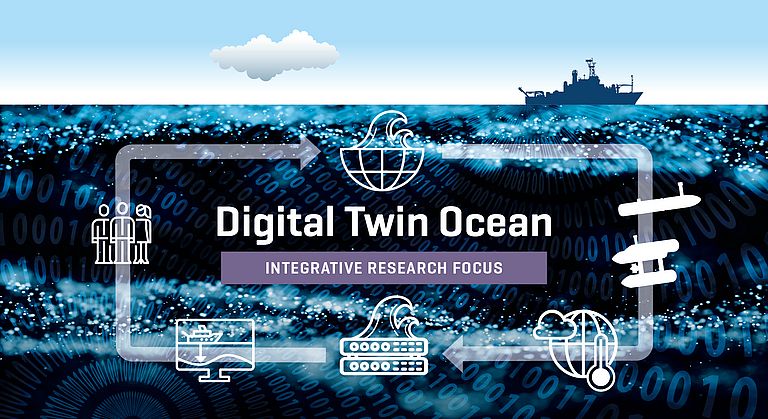 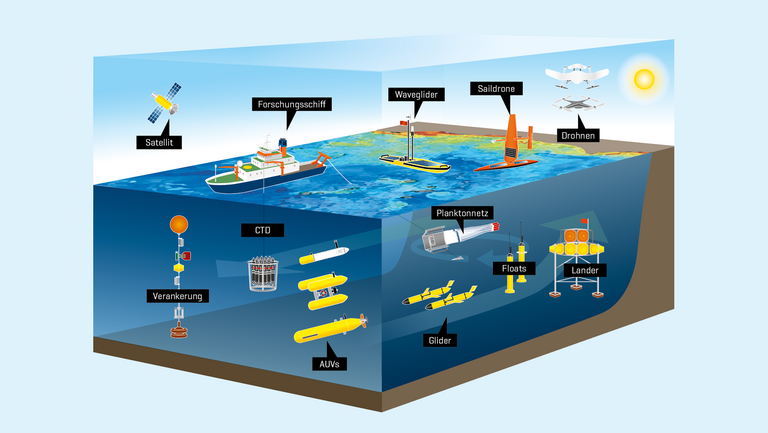 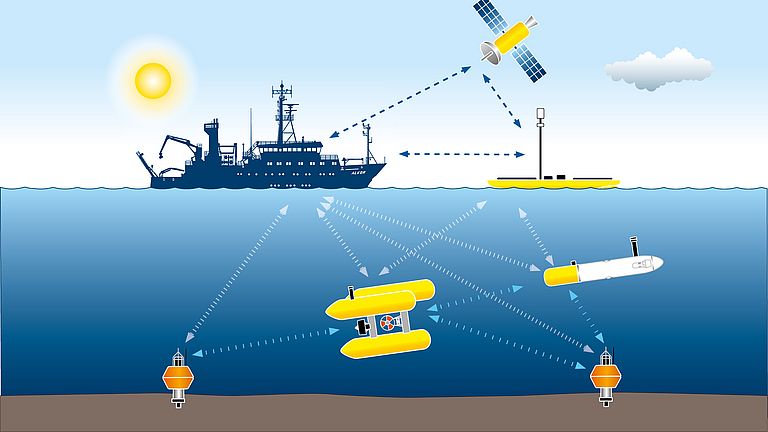 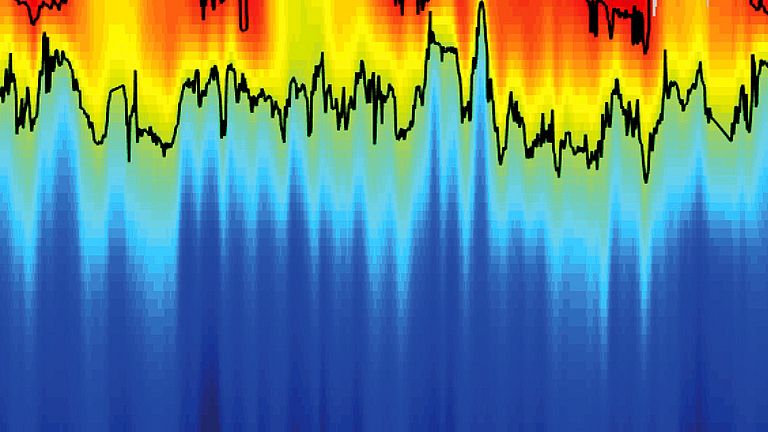 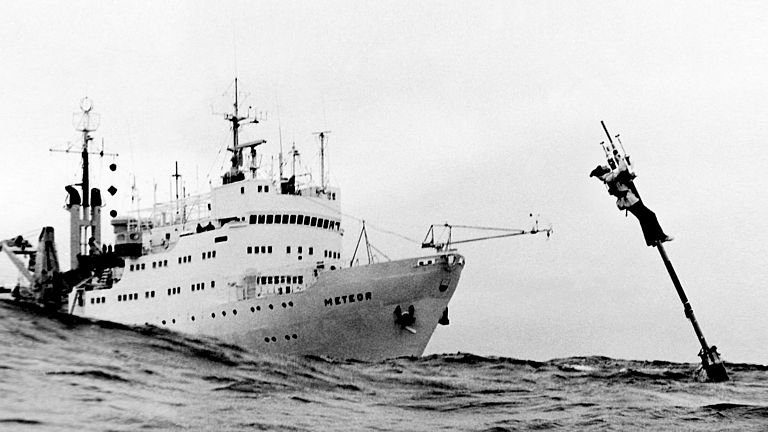 A worldwide observation network for atmospheric and ground-level data has existed since the 19th century. With the introduction of satellite measurements, not only punctual but also global information from all atmospheric layers can be obtained since the end of the 1970s. Photo: Maintenance of a meteorological buoy during the JASIN expedition in 1978, GEOMAR archive. 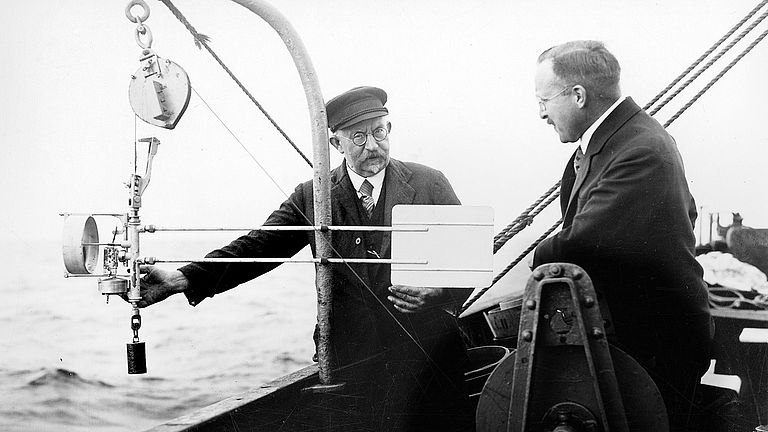 However, measurement data from the interior of the ocean are more difficult to obtain. Since satellites can only explore the ocean surface, one had to rely on ship-based measurements. Outside the routes of merchant ships, which were often equipped with simple measuring techniques, data could only be obtained with the help of research vessels. Photo: Launching a current meter from aboard the RFD Poseidon in the early 1930s, GEOMAR archive. 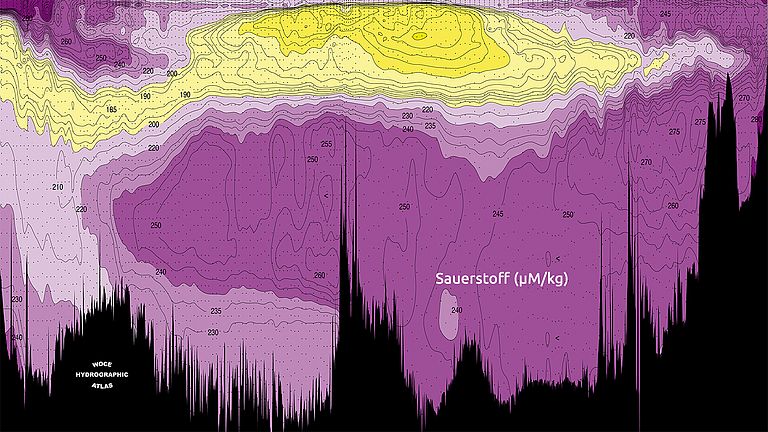 As part of the internationally coordinated WOCE (World Ocean Circulation Experiment) research program, an effort was made over a ten-year period in the late 1980s to gather as much information as possible about the mean state of the oceans. Graphic: Cross-section through the Atlantic Ocean from 54 degrees south to 64 degrees north with oxygen content data from WOCE Section A16. 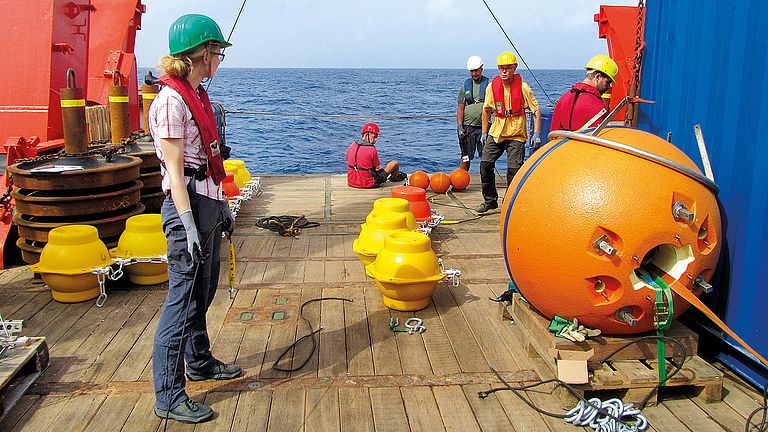 In order to also obtain long-term measurements of key marine regions, oceanography has been working with stationary moorings since the late 1980s. This means that in selected sea areas, steel cables with measuring instruments and buoyancy spheres are released, fixed to the seafloor with weights and later recovered to read out the time series. Photo: Johannes Hahn/GEOMAR 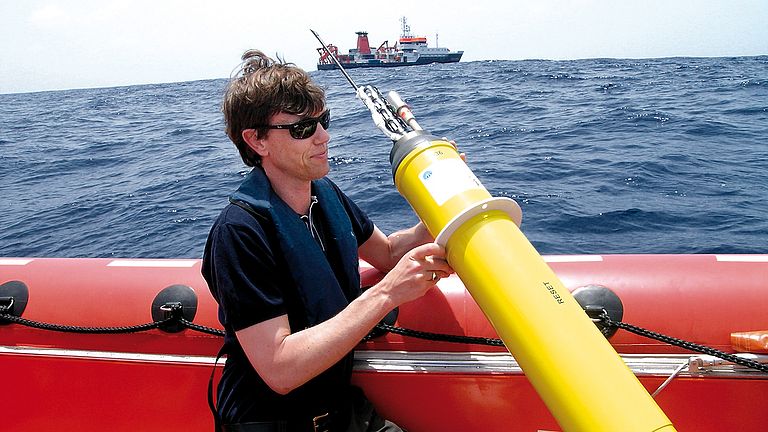 Since the beginning of the 2000s, the use of automated measuring platforms has made it possible to obtain much more data, even from remote areas of the ocean. The breakthrough here came in 2000 with the international Argo program, which currently has more than 4,000 so-called floats. Floats are buoys that drift with the current. They regularly surface and descend and measure temperature, salinity and oxygen at depths of up to 2,000 meters over a period of years. Photo: Mario Müller/GEOMAR 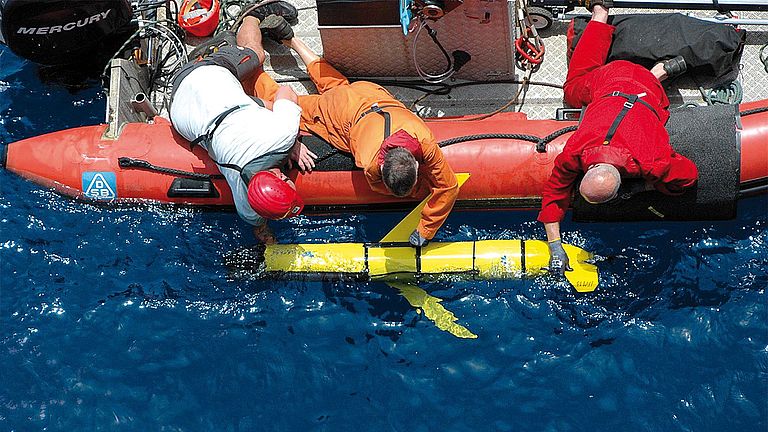 Since the mid-2000s, underwater gliders have also been used. These autonomous diving robots have increased the radius of action enormously: The deep-diving gliders were given 'wings', as it were, and thus gain additional forward motion. In small swarms, they enable fine-mesh ocean surveying, allowing water masses to be tracked and analyzed, ocean eddies to be visualized and currents to be measured. Photo: Michael Schneider, FS METEOR 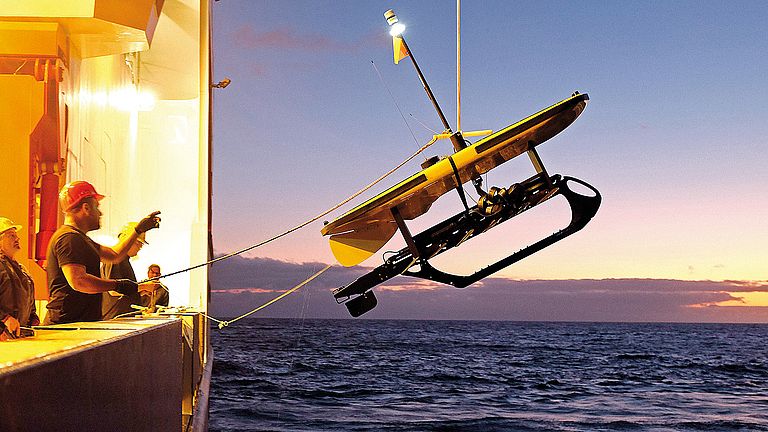 A new development in ocean observation are wavegliders, surfboard-like surface gliders that can be remotely controlled by satellite to take measurements over long periods of time or communicate with observation platforms in the deep sea. A waveglider is propelled by a fin bottom, which makes them independent of external power supplies. Photo: Jan Steffen/GEOMAR 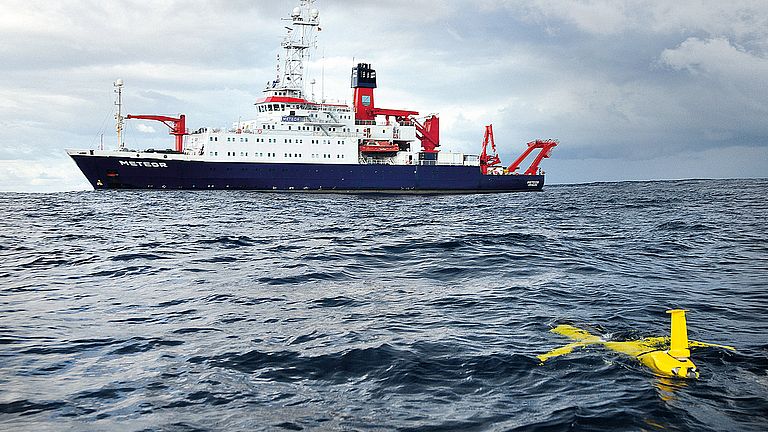 Then as now, research vessels are the most important platform for better understanding the biological, physical, geological and chemical processes in the ocean. Whether CTD probes, remotely operated underwater vehicles, autonomous deep-sea drones, manned submersibles or systems anchored to the seafloor for long-term recording - they are all deployed from research vessels. Photo: Mario Müller/GEOMAR

How close is the tipping point?