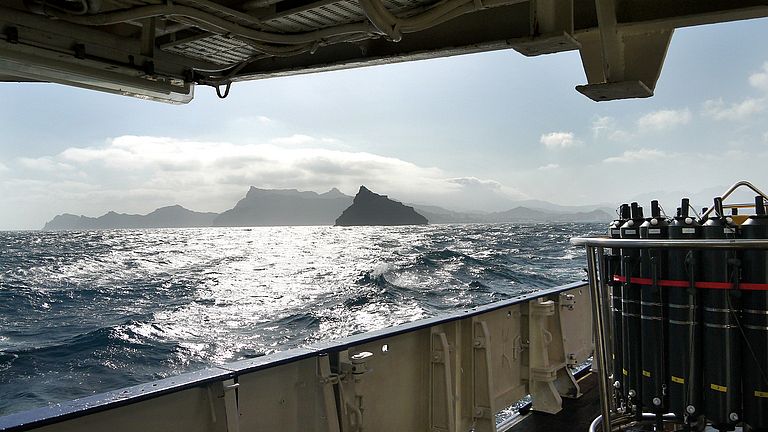 View of the Porto Grande on the Cape Verde island of São Vicente. Photo: Martin Visbeck/GEOMAR 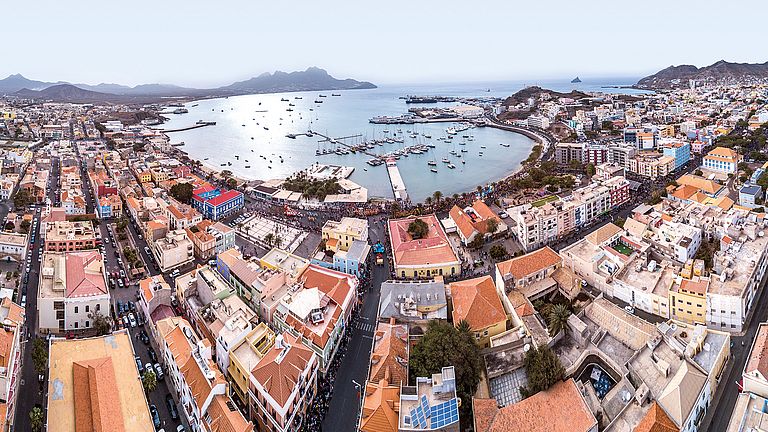 The city of Mindelo at Porto Grande on São Vicente. Photo: Uli Kunz 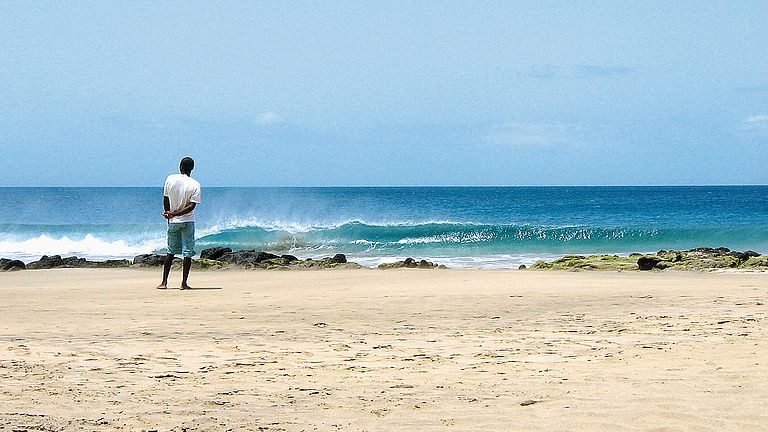 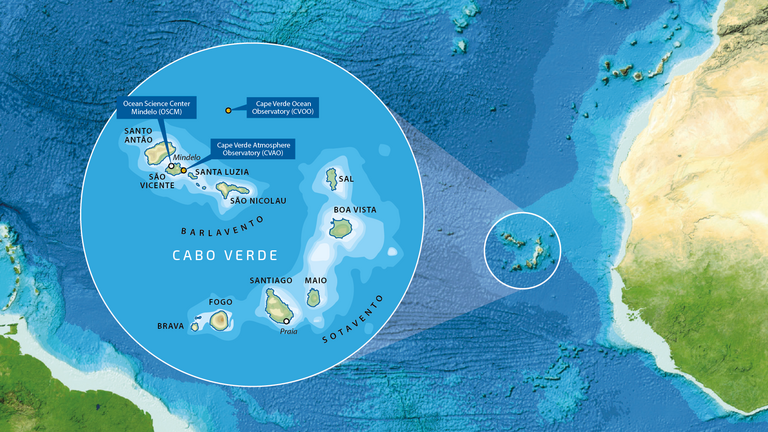 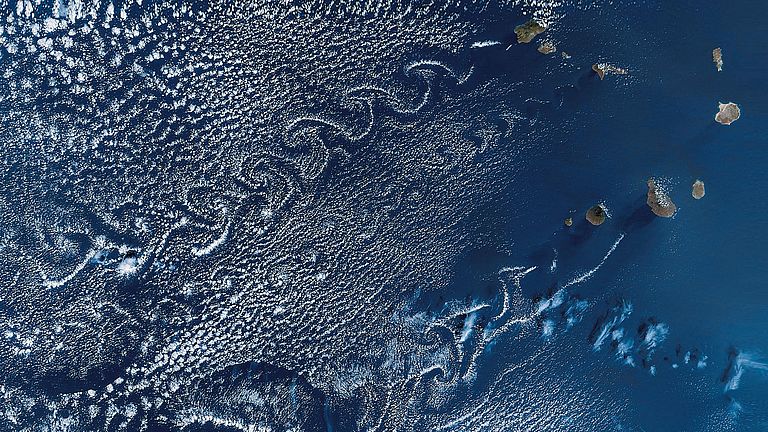 Around 550,000 people live on nine islets in the middle of the tropical Atlantic. Another six islands belong to the archipelago, but are uninhabited. Satellite image: NASA

The Cap-Vert, the "Green Cape", near the Senegalese capital Dakar is generally considered the westernmost point of Africa. However, this only applies to mainland Africa, because 600 kilometers off the coast of Senegal, in the vastness of the Atlantic Ocean, lies another group of islands consisting of 15 islets, nine of which are inhabited: the Cape Verde Islands. Once a Portuguese colony, a transshipment point in the Atlantic slave trade and later a stopover for transatlantic steamship routes, the islands gained independence in 1975 together with Guinea-Bissau in West Africa. Since 1981, they have formed their own state: the Republic of Cabo Verde. Their history has given rise to a unique cultural mix of European and African influences. The Canary Islands, Madeira or the Azores are still better known as tourist destinations in the eastern North Atlantic. But the number of visitors to Cape Verde is increasing. These are not just vacationers. More and more marine researchers from all over the world are coming to Cape Verde to carry out work in this scientifically highly interesting region of the Atlantic.

High-range convection in the tropics not only produces violent thunderstorms, it also ensures that reactive trace gases such as bromine and chlorine from the ocean reach the stratosphere at altitudes of around 15-50 kilometers, where they actively interfere with the dynamics of the natural ozone layer. Conversely, the atmosphere exerts an important influence on the biological productivity of the ocean via the input of enormous quantities of Saharan dust.

But significant processes are also at work in the ocean itself. For example, the ecosystem nourished by coastal upwelling off West Africa is among the most productive and economically important in the world. Underwater mountains in this region form centers of biodiversity in the ocean. At the same time, a hostile oxygen minimum zone extends inland from the ocean. Although it is not yet as pronounced as comparable systems in the Pacific or the Indian Ocean, it has shown a clear tendency to spread in recent decades, as research from Kiel has shown.

Last but not least, the Cape Verde Islands are also highly interesting from a geological and volcanological point of view, as they are also volcanic hotspots due to their location on a so-called "mantle plume". Recent work even proves the existence of explosive volcanism on the seafloor of the deep sea.

GEOMAR has been conducting research near Cape Verde for many years together with regional and international partners. Since 2017, the Ocean Science Centre Mindelo (OCSM) has been available to the international scientific community. Together with the Cape Verde Ocean Observatory (CVOO) and the Cape Verde Atmosphere Observatory (CVAO), the OSCM with its modern infrastructure serves as a multifunctional base for long-term observations and field research in the region of West Africa and the tropical Northeast Atlantic. In addition, the OSCM strengthens scientific exchange, university education and knowledge transfer in West Africa. 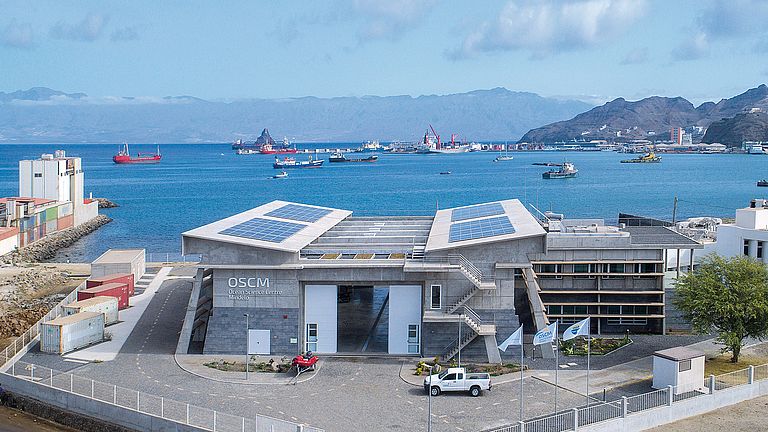 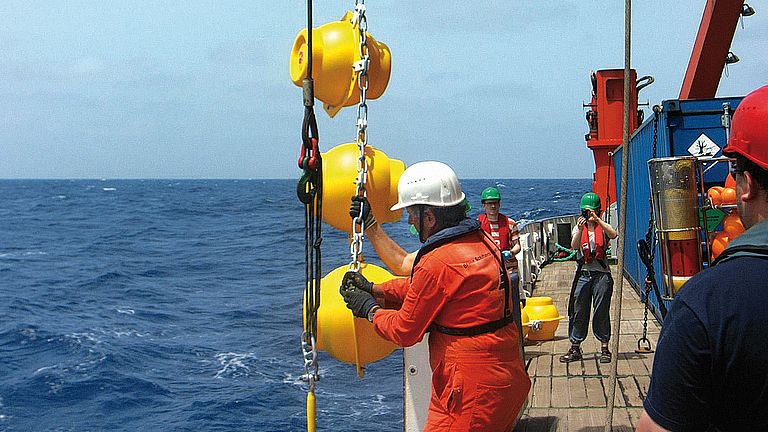 Ocean observation from the surface to the deep sea 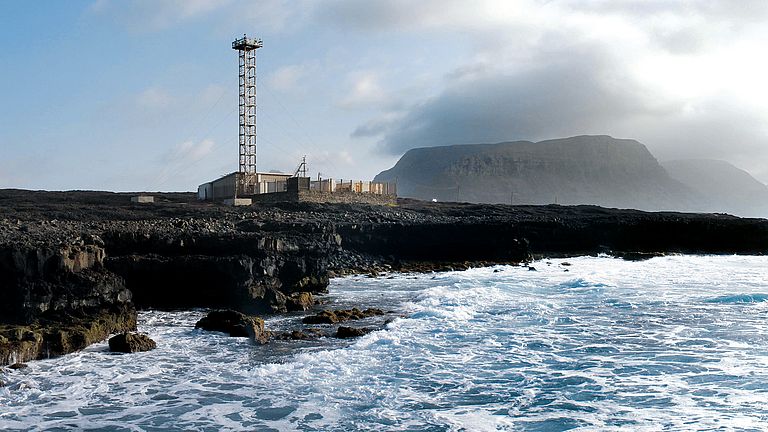 Interactions between ocean and atmosphere 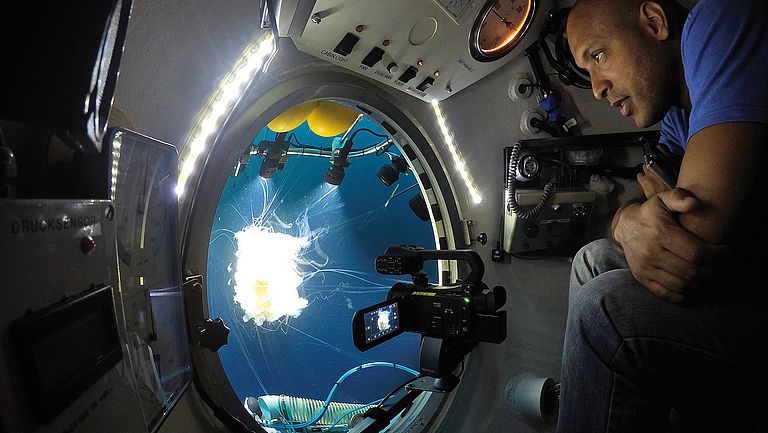 Marine biodiversity in the coastal zone and in the deep sea 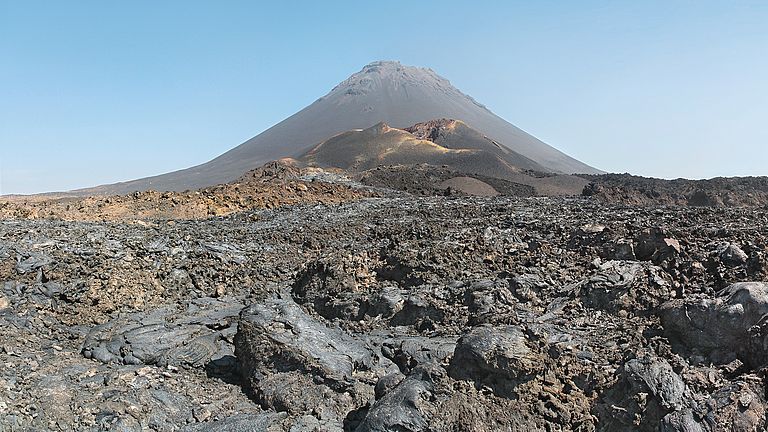 Hotspot volcanism above and below the sea 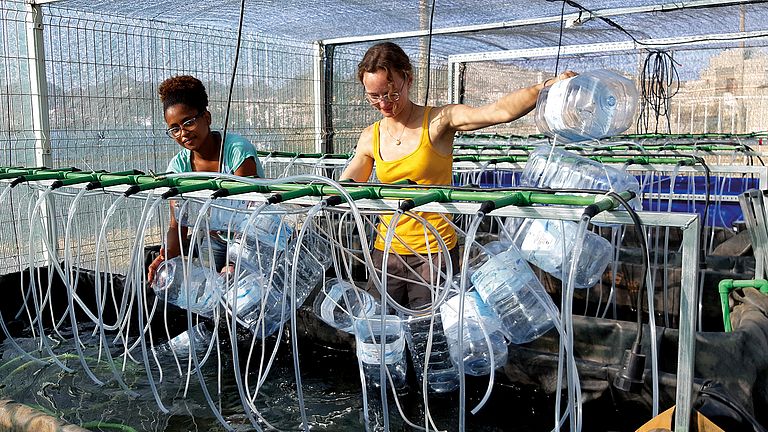 What is the role of gel particles in the formation of clouds?

Back from the Eddy Hunt

After four weeks, the RV METEOR returns to the port of Mindelo