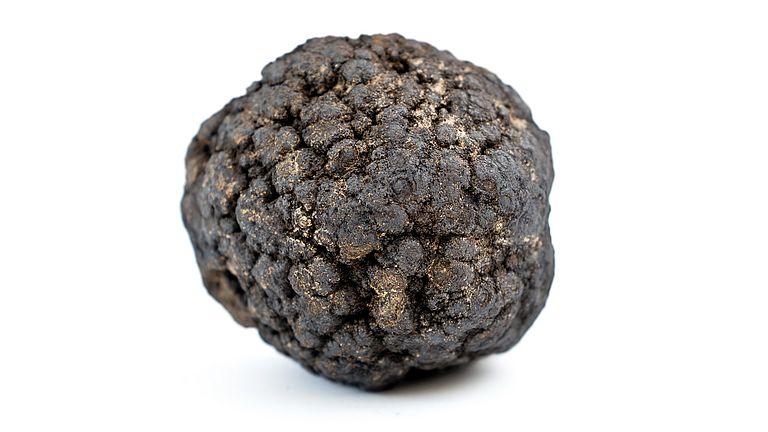 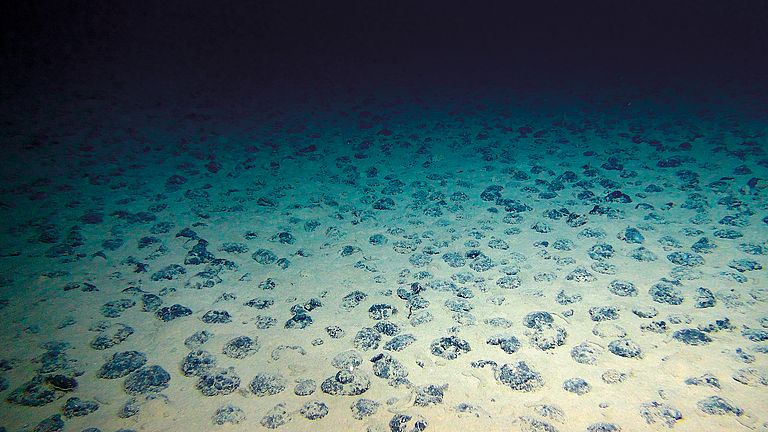 Manganese nodules on the ocean floor in the Clarion-Clipperton Zone. The image was taken with ROV KIEL 6000 during the SO239 expedition with RV SONNE in April 2015. 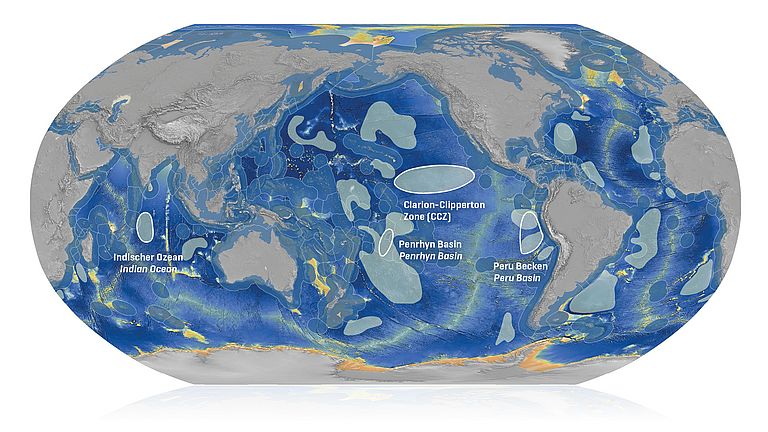 Distribution of Manganese Nodules in the ocean. Areas with a significant number of nodules and boundaries of exclusive economic zones (EEZ) are highlighted. Map: Sven Petersen/GEOMAR

In the abyssal plains of the deep sea, metal-bearing lumps lie close together over thousands of square kilometres, like potatoes on a field: Manganese nodules are the most important potential source of raw materials in the marine realm, as they contain larger quantities of some metals than are currently known and mineable on land.

Manganese nodules in the deep sea have been known since the British Challenger expedition from 1872 to 1876. For a long time, however, they were only regarded as a curiosity. In the 1960s and 1970s, they were first targeted by the industrial nations, who recognised them as a possible source of raw materials. The manganese nodule enthusiasm in the 1970s went so far that alleged mining attempts even had to serve as camouflage for a cover-up operation of the United States Central Intelligence Agency (CIA) in the Central Pacific. Real mining tests quickly showed in fact, that the technology was not yet ready to function smoothly in several thousand metres of water.

In recent years, however, rising commodity prices and ­growing demand for metals have reactivated plans to mine these ­nodules from the deep sea floor. Still, mining licenses have not been granted and full-scale mining technology has not been ­successfully tested. Also, the questions about the large-scale and long-lasting harmful effects on the deep-sea environment cannot be conclusively answered at the moment.

In the 19th century it was still believed that life was impossible below a depth of a thousand metres. But even today, the deep sea surprises scientists. The perception that the large deep-sea plains in the central Pacific are uniformly flat and only sparsely populated has persisted until the present day. Another mistake, as researchers from the European MiningImpact project found out: The ecological diversity down there is enormous, especially where many manganese nodules cover the seabed.