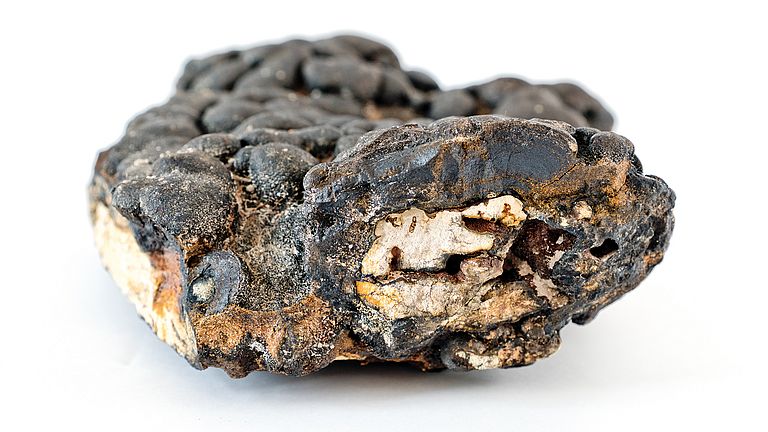 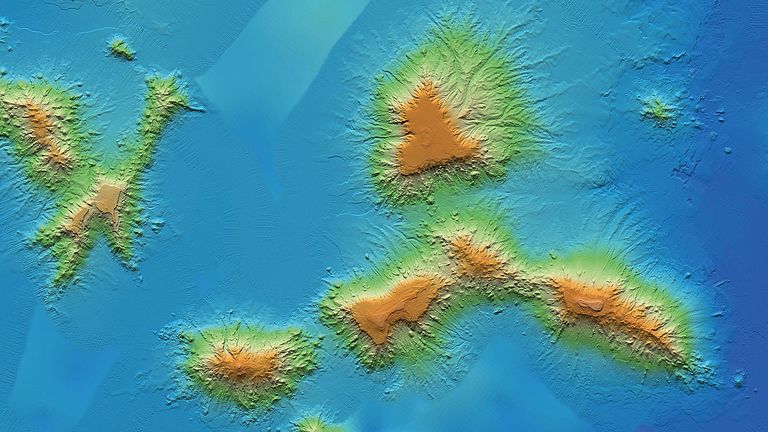 The Grimaldi Seamounts in the tropical Atlantic. About 800 kilometres west of the West African state of Guinea, these seamounts rise over 3,000 metres from the approximately 4,000 metre deep ocean floor. They are part of the Bathymetrist Seamounts, a chain of underwater volcanoes formed less than 60 million years ago. Visualization: Nico Augustin/GEOMAR 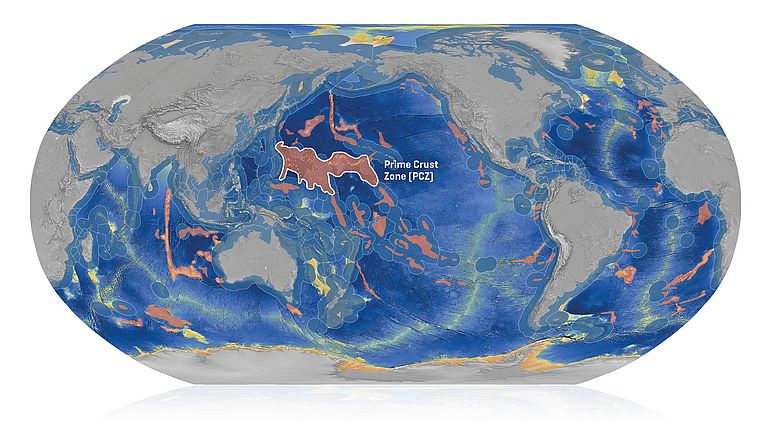 Distribution of cobalt-rich crusts in the ocean. Areas of special economic interest and boundaries of EEZ are highlighted. In contrast to manganese nodules, the cobalt-rich crusts mainly occur within the 200 nautical mile zones of the respective coastal states. Map: Sven Petersen/GEOMAR

Due to volcanic activity on the seabed, seamounts have grown in height over millions of years. Seamounts occur in all oceans and commonly reach heights of 1,000 to 4,000 metres. They often form solid, metalliferous layers, which are known to experts as cobalt-rich iron-manganese crusts or cobalt-rich crusts for short.

There are around 33,000 seamounts in all oceans - probably. Because the ocean floors are by far not as precisely mapped as the continents. The figure is based on projections of previously known structures. So there are still many opportunities for new discoveries.

Cobalt-rich crusts are a promising seabed resource as they contain large amounts of cobalt, nickel, manganese and other metals, some of which could exceed the contents of land deposits. However, there are only a few occurrences in international waters for which exploration licenses have been applied for. Since cobalt-rich crusts are firmly attached to the rocky substrate, they cannot simply be picked up from the seabed like manganese nodules, but would have to be separated from it at great expense. The direct environmental impact of mining is assumed to be similarly serious to that of massive sulphides and manganese nodules, although, compared to manganese nodules, only smaller mining areas would be affected.

The species composition at seamounts differs considerably from ocean to ocean. The large biodiversity at seamounts is due to the special current situation: ­On the one hand, nutrients are retained by circulating currents near the top of the seamounts, on the other hand, ­nutrient-rich water is additionally carried up from greater depths by the currents surrounding the seamounts, which leads to increased plankton growth.