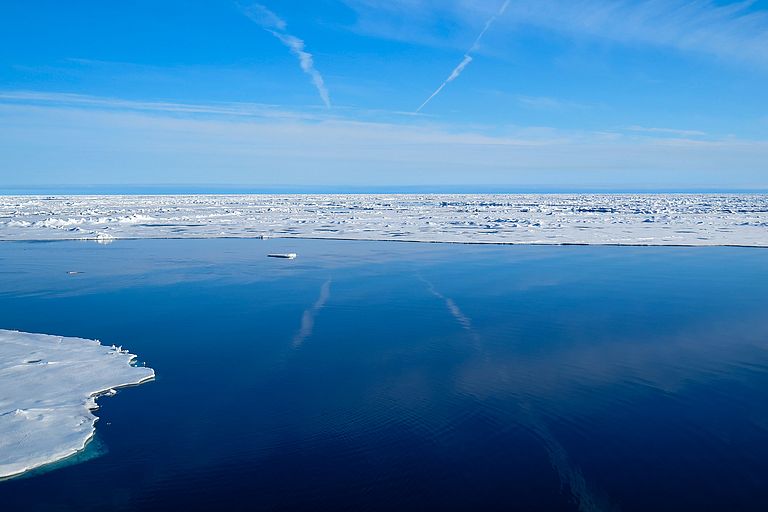 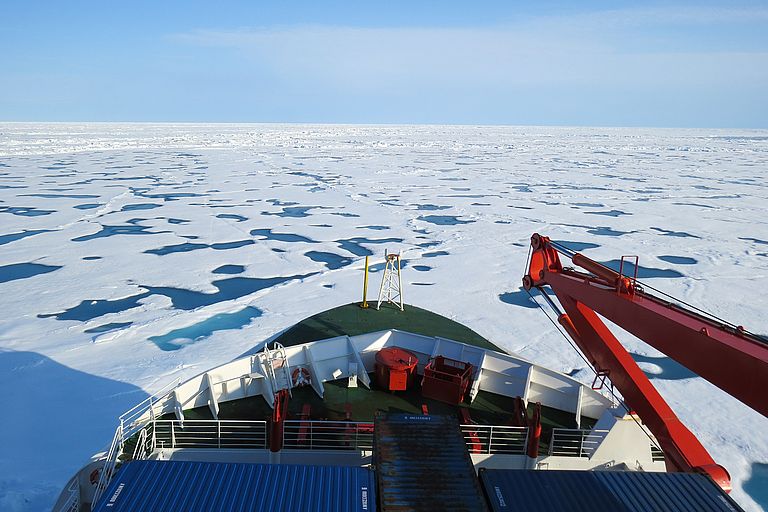 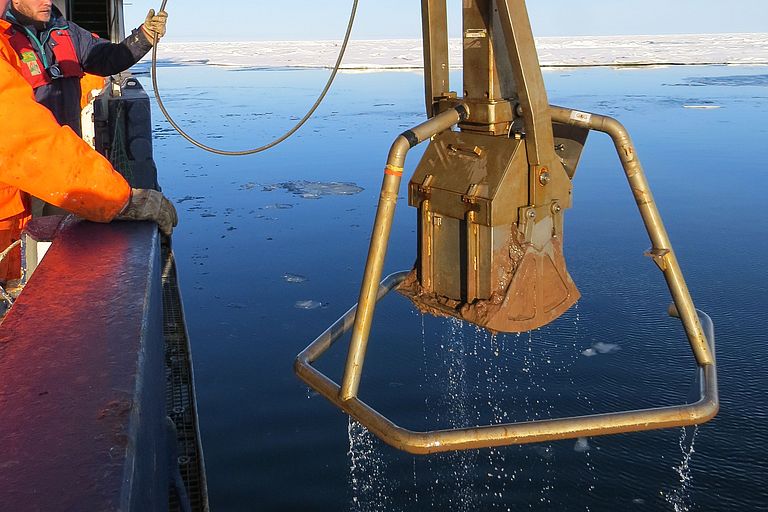 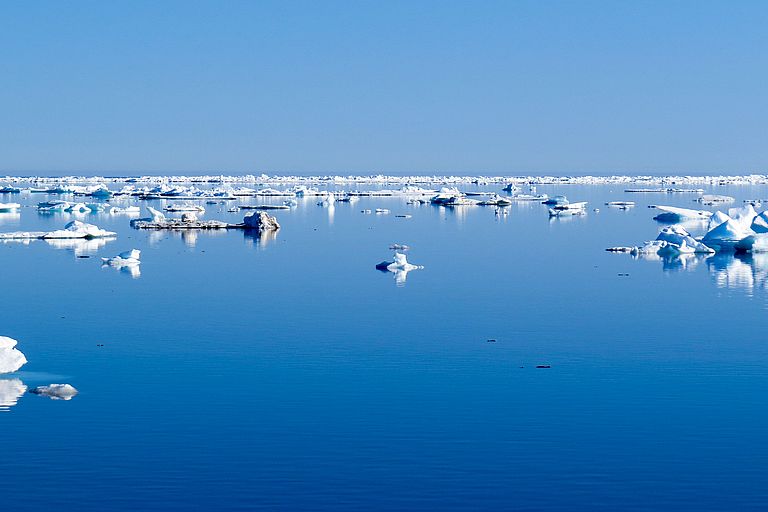 Arctic sea ice: A look back into the future

06.10.2020/Kiel. In mid-September the areal extension of Arctic sea ice reached its annual minimum. Since the beginning of satellite observations in the late 1970s only in 2012 a smaller extent was recorded. An international team of scientists in cooperation with the GEOMAR Helmholtz Centre for Ocean Research Kiel has now investigated the sea ice extent shortly after the end of the last ice age, when temperatures in the Arctic were similar to present. The results were published in the international journal Proceedings of the National Academy of Science (PNAS).

The changes caused by global warming are particularly obvious in the Arctic. The area covered by sea ice in summer has strongly decreased in the last decades. In mid-September 2020 it reached the second smallest value since the beginning of satellite observations in the late 1970s.

An international team of scientists, including Arctic specialists from the GEOMAR Helmholtz Centre for Ocean Research Kiel, has now investigated the development of the sea ice cover following the last ice age. They found obvious similarities between the time 10,000 to 5,000 years before present and the modern trends. The study was published yesterday in the international journal Proceedings of the National Academy of Science (PNAS).

The team could demonstrate that the Arctic Ocean between the North Pole and modern Siberia was periodically almost free of sea ice in summers 10,000 to 5,000 years ago. In contrast, a stable sea ice cover existed between Greenland and the North Pole.

The reason for the low ice coverage can be found in a specific climatic constellation. "Directly after the end of the last ice age, insolation in the high northern latitudes was 10% stronger than today. It slowly decreased until present, just like temperatures in the Arctic. Eventually, this development led to the initiation of a perennial sea ice cover some 5,000 years ago, which was present until humans started to change our climate system" says Dr. Robert Spielhagen of GEOMAR, a co-author of the study.

For their investigations the researchers used several cores from the sea floor which were obtained during an expedition of research icebreaker POLARSTERN along the submarine Lomonosov Ridge in 2014.

"The sea floor is a giant environmental archive. For example, it holds fossil parts of microscopic organisms. The distribution of certain species in layers of different ages, as well as the composition of these fossils allow precise environmental reconstructions. The data sets reveal whether the ocean was ice covered or not in a certain time interval" explains Robert Spielhagen who participated in the expedition in 2014.

The new study is a look back into the future for paleoceanographer Spielhagen. "The fact that in the particularly warm phase after the last ice age it was just the eastern Arctic which was often ice free, confirms the modern trend. Also today, as a result of man-made warming, ice loss is the largest in this area. If warming continues, it will take just a few decades until we see the first summer with a completely ice-free Arctic Ocean", he says.

Since the shelf seas north of Siberia are the most important sea ice factory in the Arctic, warming has the largest effects on sea ice growth in winter just there. The GEOMAR Helmholtz Centre has been involved in investigations of global warming effects in this area for more than 25 years, together with German and Russian partner institutions.