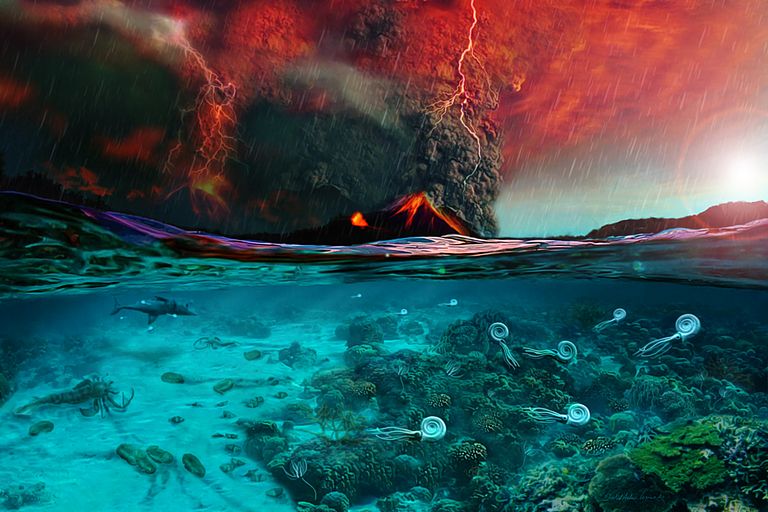 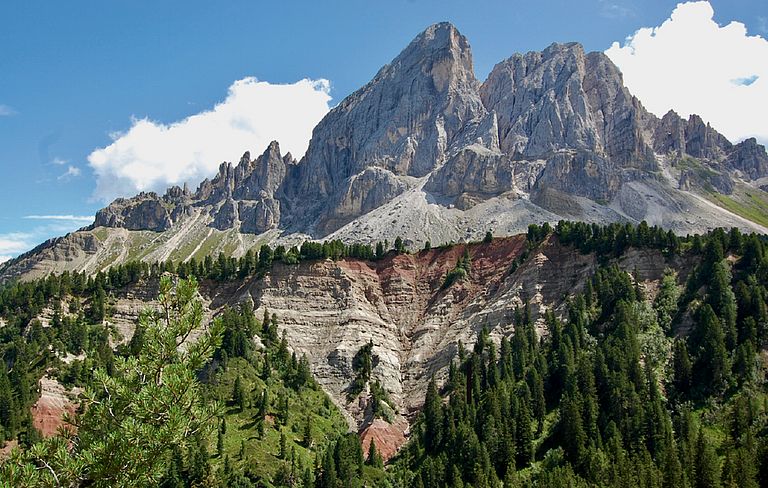 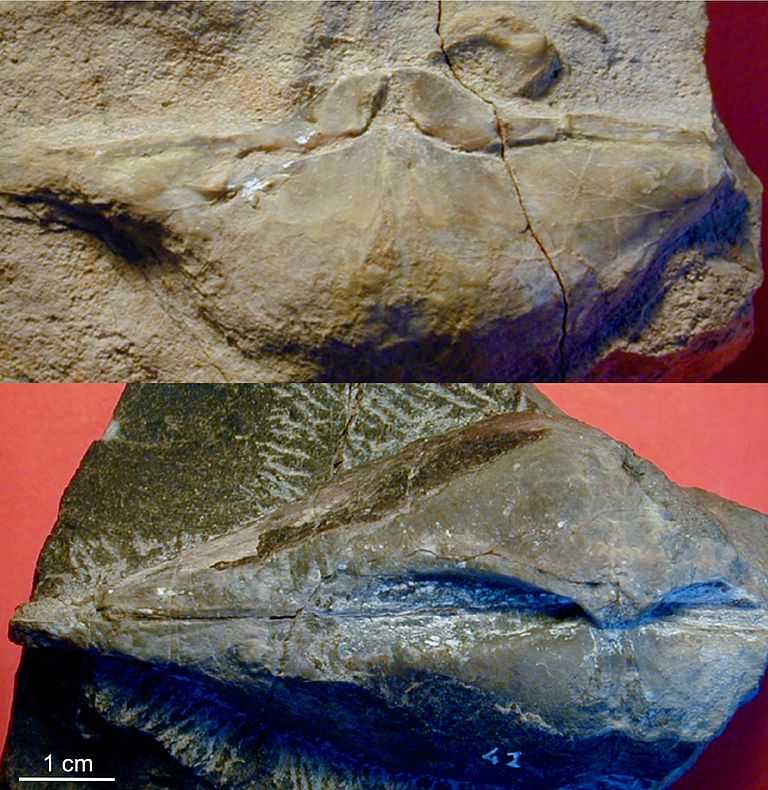 19 October 2020 / Kiel. 252 million years ago, at the transition from the Permian to the Triassic epoch, most of the life forms existing on Earth became extinct. Using latest analytical methods and detailed model calculations, scientists from the GEOMAR Helmholtz Centre for Ocean Research Kiel, in cooperation with the Helmholtz Centre Potsdam GFZ German Research Centre for Geosciences and international partners, have now succeeded for the first time to provide a conclusive reconstruction of the geochemical processes that led to this unprecedented biotic crisis. The study has been published today in the journal Nature Geoscience.

Life on Earth has a long, but also an extremely turbulent history. On more than one occasion, the majority of all species became extinct and an already highly developed biodiversity shrank to a minimum again, changing the course of evolution each time. The most extensive mass extinction took place about 252 million years ago. It marked the end of the Permian Epoch and the beginning of the Triassic Epoch. About three quarters of all land life and about 95 percent of life in the ocean disappeared within a few thousands of years only.

Gigantic volcanic activities in today's Siberia and the release of large amounts of methane from the sea floor have been long debated as potential triggers of the Permian-Triassic extinction. But the exact cause and the sequence of events that led to the mass extinction remained highly controversial. Now, scientists from Germany, Italy and Canada, in the framework of the EU-funded project BASE-LiNE Earth led by Prof. Dr. Anton Eisenhauer from GEOMAR Helmholtz Centre for Ocean Research Kiel in cooperation with the Helmholtz Centre Potsdam GFZ German Research Centre for Geosciences, have for the first time been able to conclusively reconstruct the entire cascade of events at that time using cutting-edge analytical techniques and innovative geochemical modelling. The study has been published today in the international journal Nature Geoscience.

For their study, the BASE-LiNE Earth team used a previously often neglected environmental archive: the shells of fossil brachiopods. “These are clam-like organisms that have existed on Earth for more than 500 million years. We were able to use well-preserved brachiopod fossils from the Southern Alps for our analyses. These shells were deposited at the bottom of the shallow shelf seas of the Tethys Ocean 252 million years ago and recorded the environmental conditions shortly before and at the beginning of extinction”, explains Dr. Hana Jurikova. She is first author of the study, which she conducted as part of the BASE-LiNE Earth project and her doctoral thesis at GEOMAR.

By measuring different isotopes of the element boron in the fossil shells, the team was able to trace the development of the pH values in the ocean 252 million years ago. Since seawater pH is tightly coupled to the CO2 concentration in the atmosphere, the reconstruction of the latter was also possible. For the analyses, the team used high-precision isotope analyses at GEOMAR as well as high-resolution microanalyses on the state-of-the-art large-geometry secondary ion mass spectrometer (SIMS) at GFZ.

“With this technique, we can not only reconstruct the evolution of the atmospheric CO2 concentrations, but also clearly trace it back to volcanic activity. The dissolution of methane hydrates, which had been suggested as a potential further cause, is highly unlikely based on our data”, explains Dr. Marcus Gutjahr from GEOMAR, co-author of the study.

As a next step, the team fed their data from the boron and additional carbon isotope-based investigations into a computer-based geochemical model that simulated the Earth’s processes at that time. Results showed that warming and ocean acidification associated with the immense volcanic CO2 injection to the atmosphere was already fatal and led to the extinction of marine calcifying organisms right at the onset of the extinction. However, the CO2 release also brought further consequences; with increased global temperatures caused by the greenhouse effect, chemical weathering on land also increased.

Over thousands of years, increasing amounts of nutrients reached the oceans via rivers and coasts, which then became over-fertilized. The result was a large-scale oxygen depletion and the alteration of entire elemental cycles. “This domino-like collapse of the inter-connected life-sustaining cycles and processes ultimately led to the observed catastrophic extent of mass extinction at the Permian-Triassic boundary,” summarizes Dr. Jurikova.

The study was conducted within the framework of the EU-funded ITN project BASE-LiNE Earth, in which the use of brachiopods as an environmental archive was systematically studied for the first time, and relevant analytical methods were improved and newly developed. “Without these new techniques it would be difficult to reconstruct environmental processes more than 250 million years ago in the same level of detail as we have done now”, emphasizes Prof. Dr. Anton Eisenhauer from GEOMAR, the former BASE-LiNE Earth project coordinator and co-author of the new study, “in addition, the new methods can be applied for other scientific applications”.