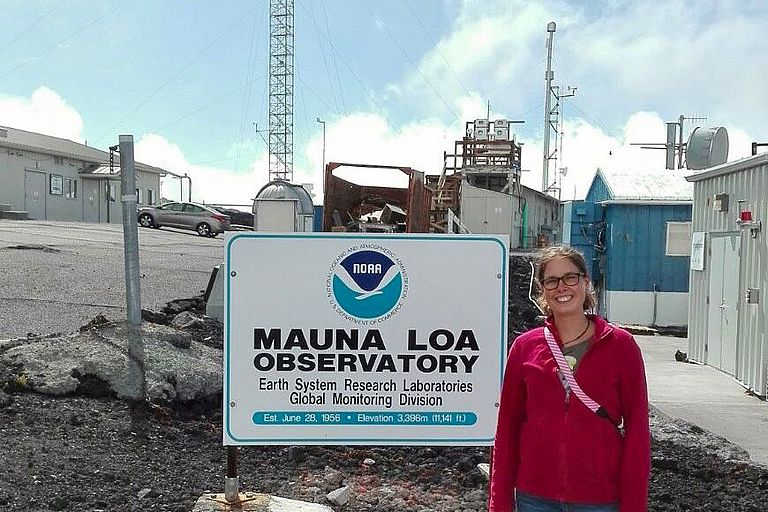 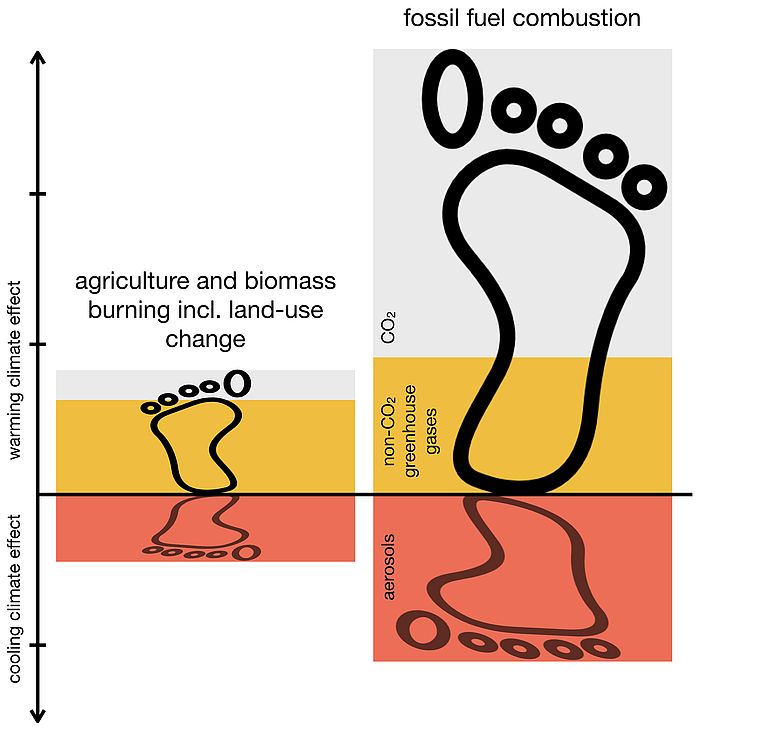 3 June 2020/Kiel. The discussion about limiting global warming to 1.5 - 2 degrees focuses strongly on the greenhouse gas carbon dioxide. However, the relevance of other greenhouse gases from non-fossil sources will increase in the future, as shown in a study led by a researcher from the GEOMAR Helmholtz Centre for Ocean Research Kiel, which was recently published in the international journal Climate and Atmospheric Science.

Aside from carbon dioxide (CO2), other greenhouse gases such as methane (CH4) or nitrous oxide (N2O) contribute to global warming. In the past, this additional warming effect was partially compensated by cooling effects of various sulphur and nitrogen oxide compounds. Both, additional greenhouse gases and aerosols are produced during the combustion of fossil fuels in addition to carbon dioxide. In the same way other anthropogenic activities like, for example, land use changes and agricultural practices produce all of those climate forcers. Each of these different activities have different emission footprints. For example, if we burn fossil fuels, we also emit a lot of aerosols that have a cooling climate effect. In contrast, our land use and agriculture generate many additional greenhouse gases with a warming effect, for example through methane emissions.

If carbon dioxide emissions from fossil fuels are now reduced significantly, as is undoubtedly necessary to limit global warming, the importance of emissions from non-fossil sources, such as agriculture, increases. In addition, the components from fossil emissions that cool the atmosphere are also decreasing, so that the share of the warming effect of non-fossil greenhouse gases is becoming disproportionately important. This is one of the results of a study led by a scientist from the GEOMAR Helmholtz Centre for Ocean Research Kiel, which has now been published in the Nature partner journal Climate and Atmospheric Science.

“Thus, if we reduce emissions from fossil sources, we will have to do so even more than we previously thought, because the aerosols that cool the atmosphere will also be eliminated”, explains Dr. Nadine Mengis, lead author of the study from GEOMAR. “This effect has not always been taken into account in this form in previous climate projections”, Mengis continues. Together with her co-author Damon Matthews from Concordia University in Montreal, Canada, the climate researcher examined various scenarios. “While emissions from fossil sources will decrease in the future, those from agriculture will remain constant or even increase until 2050 in view of the continued global population growth”, Dr. Mengis points out. Currently, the warming climate effect of non-CO2 greenhouse gases and aerosols from agricultural activities is about 0.34 W/m2 and the non- CO2 cooling effect from fossil fuel combustion is 0.4 W/m2. While the positive contribution from land use is difficult to reduce, the contribution from fossil fuel combustion will continue to decrease in the future due to better filtering of aerosols and generally decreasing emissions, which explains the increased relative importance of land use effects.

“If we take these results under considerations to calculate our remaining allowable emissions to remain below 1.5 degree of global warming, we come to the conclusion that the amount of CO2 emissions allowed is even lower than previously assumed”, says Mengis. “We actually have to work even harder if we want to reach this target”, she concludes.