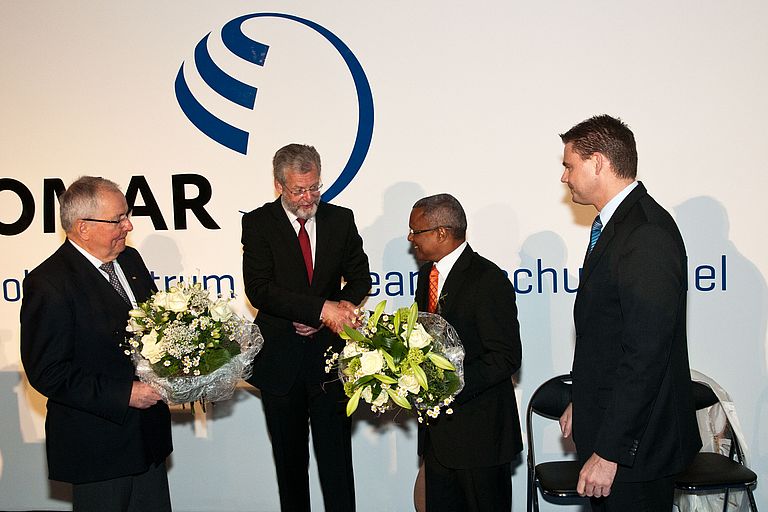 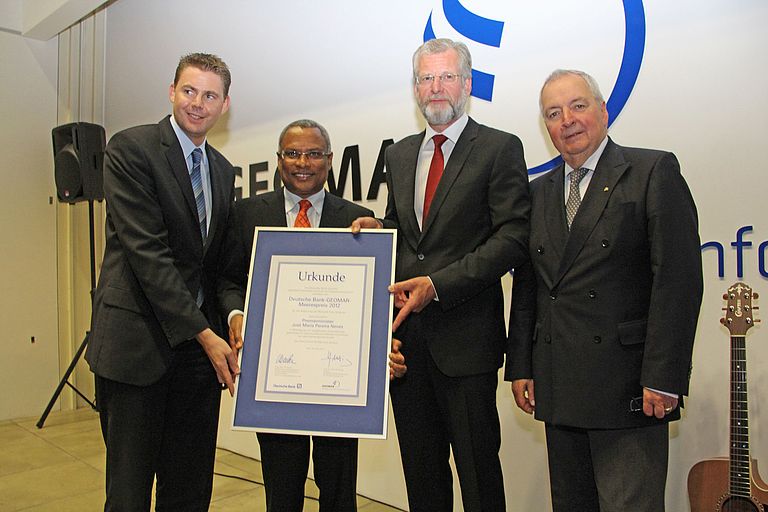 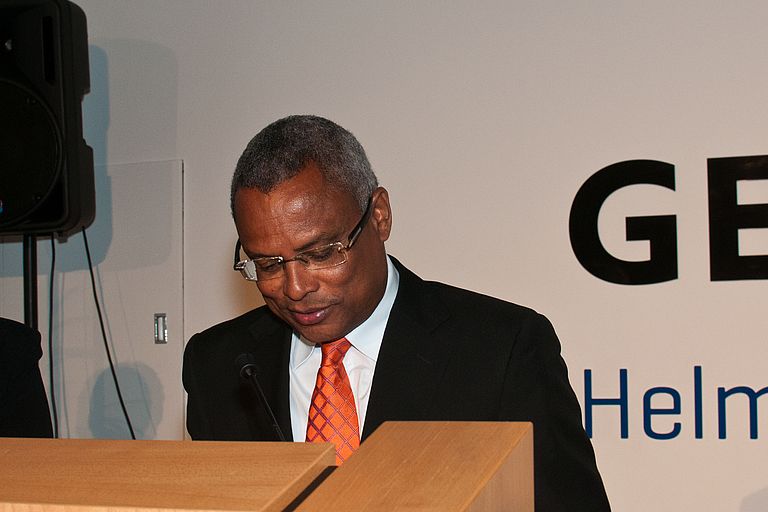 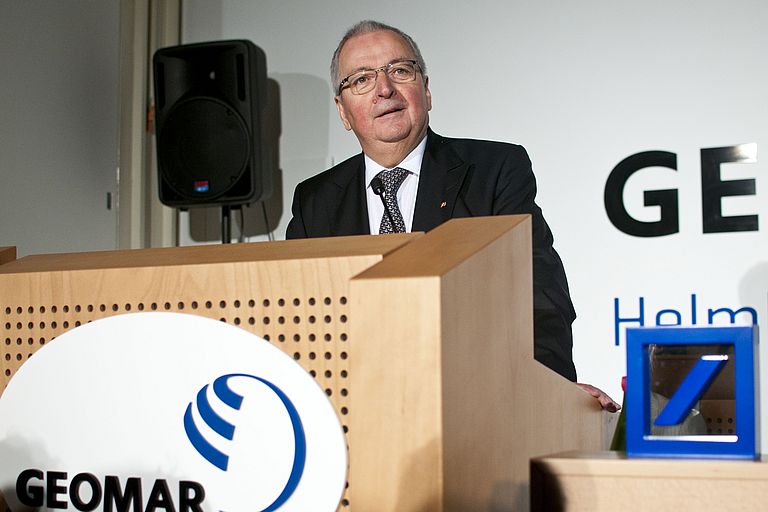 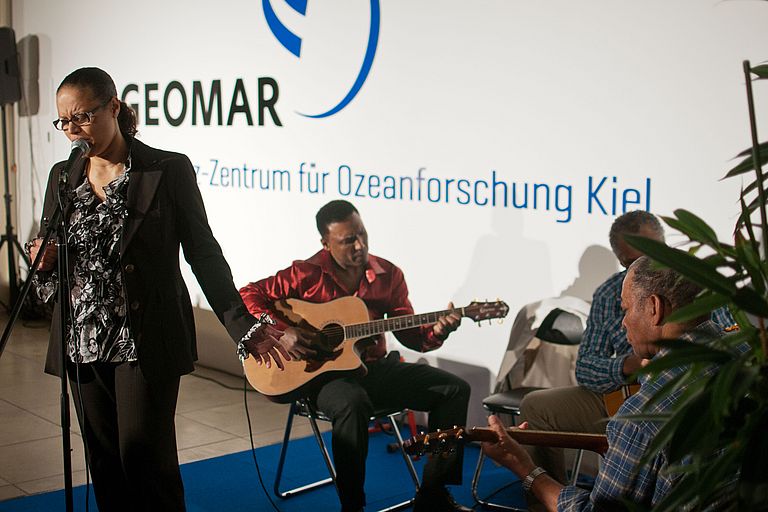 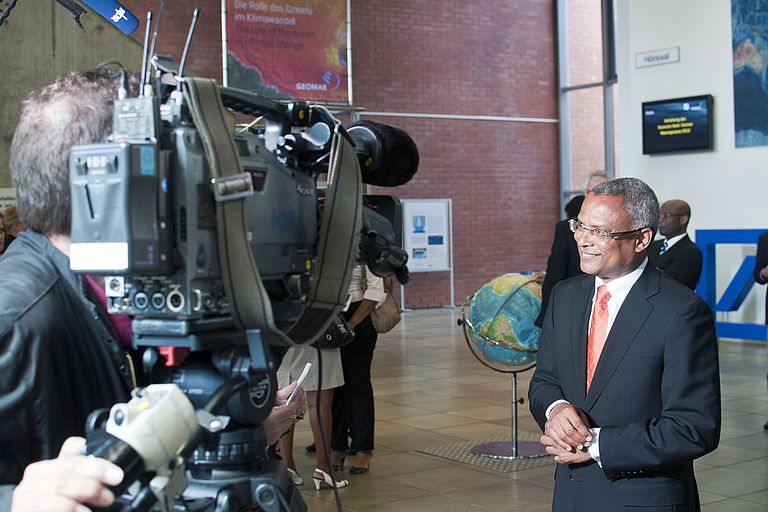 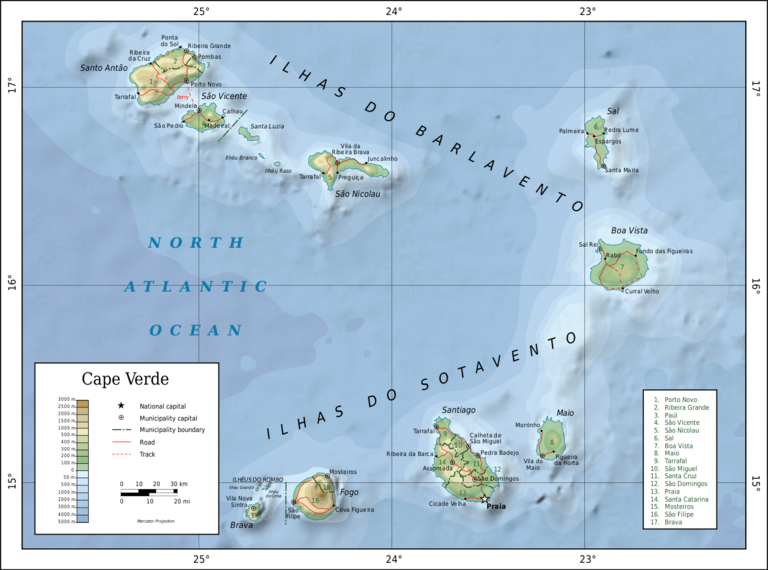 Cape Verde in the Focus of Marine Research

April 27, 2012/Kiel, Mindelo. During the past years, the Cape Verde islands in the subtropi-cal Atlantic received more attention but not only with respect to tourism. Scientists from the Helmholtz Centre for Ocean Research Kiel (GEOMAR), Germany discovered the archipelago off the coast of West Africa because of the their importance for many open questions with regard to marine research and used Cape Verde as an operational basis and starting point for expeditions with German research vessels. In recognition of the outstanding cooperation in research between the Republic of Cape Verde and GEOMAR the prime minister of the Republic of Cape Verde, His Excellency José Maria Neves receives the Deutsche Bank-GEOMAR Ocean Award 2012. Prime minster Neves will receive the award, endowed with 10,000 Euros, on April 27 in Kiel. The laudatory speech will be held by the former German Federal Minister for the Environment and Director of the UN Environmental Programme, Prof. Dr. Dr. h.c. mult. Klaus Töpfer.

Some years ago, the Cape Verde archipelago was somehow a white spot on nautical charts of marine researchers. Since 2004 this has changed fundamentally. Scientific issues like oxygen minimum zones in the ocean, trace metal uptake, ocean fertilization as well as geological processes such as the hot-spot volcanism moved on the research agenda, the islands in the northeast Atlantic became a perfect logistical basis for marine research. Together with other partners in Germany and other countries, scientists of the Helmholtz Centre for Ocean Research Kiel (GEOMAR) performed pioneering work and developed the Cape Verde islands to their research basis and home port in the north-eastern tropical Atlantic. Although the financial support of the Republic of Cape Verde could only be very limited, the warm and friendly welcome and support was very exceptional. In recognition of the outstanding working conditions the Deutsche-Bank-GEOMAR-Ocean Award 2012 will be presented to His Excellency José Maria Neves, prime minister of the Republic of Cape Verde.

The award will be presented by the former German Federal Minister for the Environment and Director of the UN Environmental Programme, Prof. Dr. Dr. h.c. mult. Klaus Töpfer who is currently the director of the “Institute for Advanced Sustainabilty Studies” (IASS) in Potsdam, Germany. “For me environmental research and partnership with developing countries is an ideal combination”, Professor Töpfer states. In his laudatory speech he pointed in particular to the indicative cooperation between GEOMAR and the Republic of Cape Verde. Based on a stable democracy and a peaceful partnership, the responsible politicians of Cape Verde, in particular José Maria Neves succeeded to establish a fruitful cooperation of the native research institutions such as the Instituto Nacional de Desenvolvimento das Pescas (INDP) with GEOMAR in Kiel, Germany. In addition Töpfer pointed out that also the former ambassador of the Cape Verde Republic in Berlin, Jorge Tolentino Auraujo, has made significant contributions. “The people of Cape Verde have recognized the importance of the ocean research that takes place at their doorstep and their interaction with the marines scientists is outstanding”, Klaus Töpfer emphasised. Through the increasing research activities they profit in multiple ways, not only economically but also due to more education and research for the people of Cape Verde. In this context, Professor Töpfer also lauded explicitly the cooperation with pupils in Kiel and Mindelo as well as aspects of scientific education.

“The Deutsche Bank is keen to honour with this award the notable cooperation between GEOMAR and the Republic of Cape Verde”, Till Keulen, member of the management board of the Deutsche Bank and responsible for private banking in Germany, stated. Although in this case the prize money has a more symbolic character, it is very important for the Deutsche Bank to support the scientific cooperation with developing countries, Keulen continued.

“We would like to further strengthen our extraordinary relationship with the Republic of Cape Verde and we are currently undertaking strong efforts to further improve the infrastructure for marine research on the archipelago”, Herzig continues. “With support of the German Federal Ministry for Research and Education we hope to start this year with the construction of the ocean research centre in Mindelo on the island Sao Vicente that will enable us to perform on-site processing and analysis of samples as well as training of our Cape Verde partners. The port of Mindelo will become a preferred base of German research vessels that work in the north-eastern Atlantic. In future, topics like climate research, fisheries research, volcanism, and biodiversity will be central for our work in that area. Scientifically, the region around Cape Verde is of high interest and has a long-term perspective for our research. On behalf of the government of Cape Verde, prime minister José Maria Neves deserves our highest appreciation for this outstanding cooperation that we would like to express with the Deutsche Bank-GEOMAR Ocean Award 2012.”, Prof. Herzig resumes.

This press release in pdf-format.