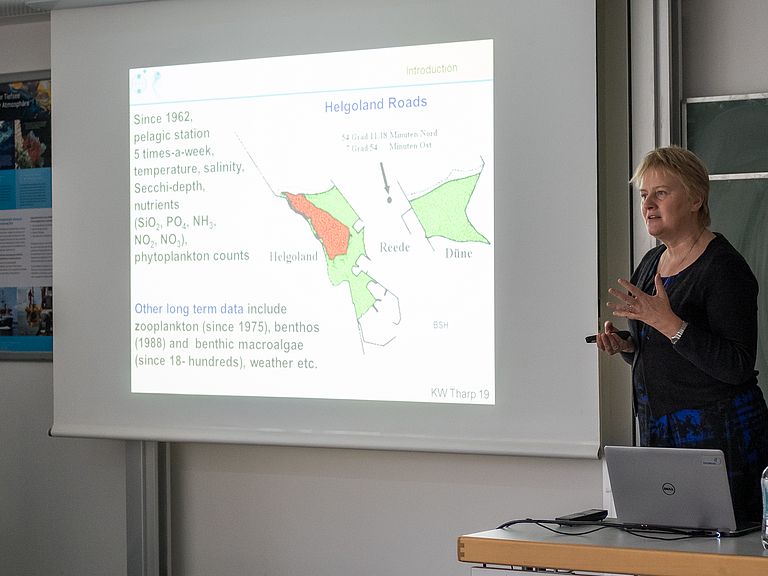 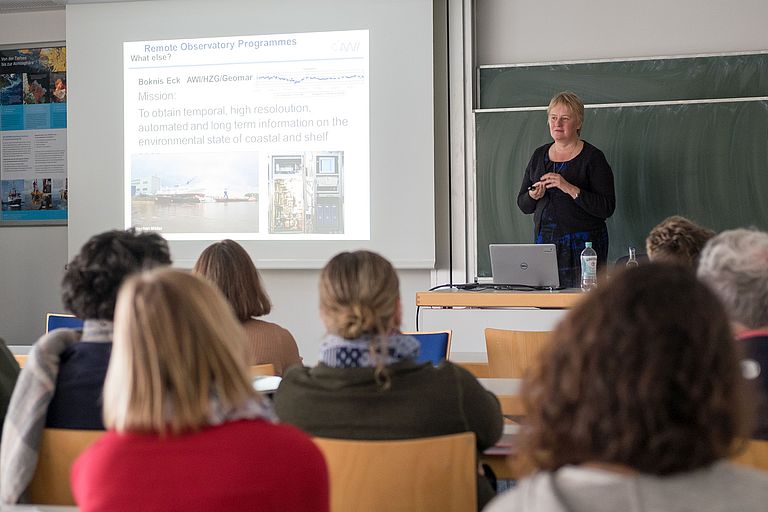 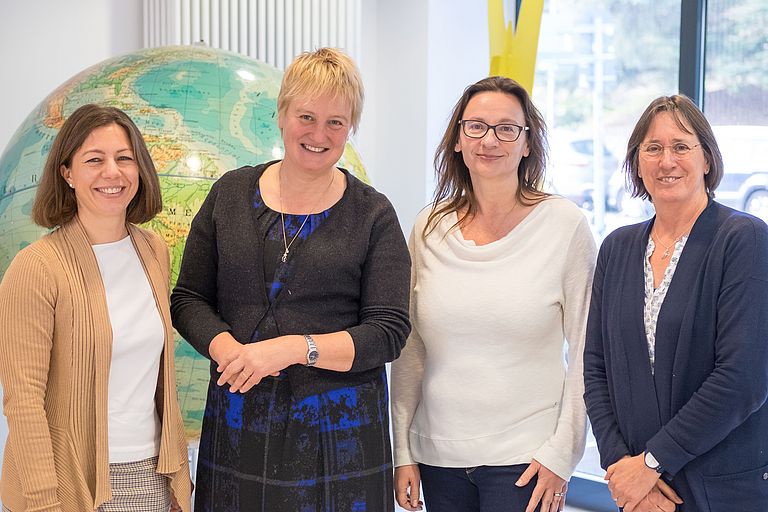 Climate Change and Plankton Communities of the North Sea

29 November 2019/Kiel. Shallow shelf seas are exposed increasingly to pressures from human use and variability associated with climate change. The waters of the North Sea, for example, are warming up faster than seawater in the open ocean, while sea level and the spatial use of tidal habitats, e.g. by off-shore wind turbines, are increasing. New species are constantly invading these ecosystems and becoming part of new food webs and structures.

The changes to which the North Sea is exposed was explained by Prof. Karen Wiltshire from the Alfred Wegener Institute Helmholtz Centre for Polar and Marine Research (AWI), in the context of the 31st Marie Tharp Lecture at GEOMAR. Her lecture took place on the International 'Fridays For Future' Day, providing scientific evidence of changes in plankton communities over the last five decades, using unique, high-frequency, long-term observations. Thus, changes in light availability, temperature, and nutrient concentration that can be seen in the Helgoland Roads' time series are associated with changes in phytoplankton biomass and diversity. These, in turn, can have major consequences for the planktonic food web and, ultimately, for North Sea fisheries.

Prof. Dr. Karen Wiltshire studied environmental science at Trinity College in Dublin, Ireland, and earned her PhD in hydrobiology at the University of Hamburg. Prof. Wiltshire is now the vice-director of the AWI, director of the Biological Institute on Heligoland and the Wadden Sea Station on Sylt, and professor of shelf sea ecology at the Christian-Albrechts-University Kiel.

The Marie Tharp Lecture Series (MTLS) is hosted by GEOMAR's Women's Executive Board (WEB). Within this framework, the WEB invites internationally renowned female scientists to present their scientific work in Kiel and, at the same time, serve as role models for early career female scientists.