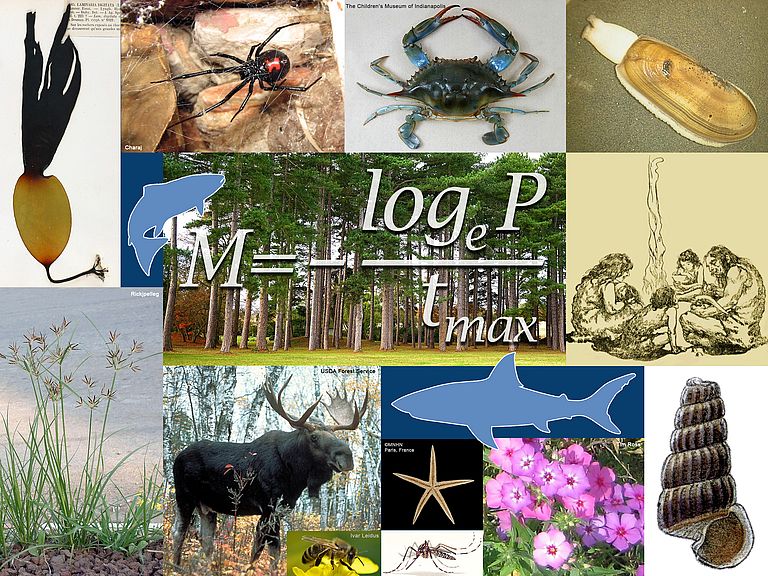 31.05.2021/Kiel/Halifax. About 1.5% of a cohort reaches the maximum age typical for the species and its natural environment, regardless of whether this are vertebrates, plants, or invertebrates. This is the astonishing result of a new study published today in the international journal Nature Communications Biology. This allows prediction of the average rate of natural mortality based only on knowledge of the maximum age. The natural mortality rate, in turn, is a reference threshold for additional mortality caused by hunting, fishing or logging. Based on this relationship, initial assessments of sustainable use of natural resources, such as fish stocks, can be quickly derived, according to the authors of the study, in which GEOMAR Helmholtz Centre for Ocean Research Kiel is involved.

Eternal life does not exist. Individuals of all species we know have a finite life expectancy. A new study shows that an astonishingly constant 1.5 % of the members of a year class of, e.g. trees, sharks, spiders, birds or humans, reach their typical maximum age. What can we learn from this finding? According to the study that has now appeared in the international journal Nature Communications Biology, we can thus predict the average rate of natural mortality from a simple equation based only on knowledge of the maximum age. This is important because the rate of natural mortality is required knowledge for the management of natural resources, but is difficult to estimate and usually based on best guesses.

The new study was conducted by a German-Canadian team. It discovered the new nature constant by examining mortality rates and maximum ages of a wide variety of species and populations.

“Just by knowing the typical (natural) life expectancy, one can check whether a group of organisms has a natural mortality rate or whether it has been subject to additionally mortality caused by humans”, explains Manuel Dureuil, alumni of GEOMAR and president of the non-profit organisation “Sharks of the Atlantic Research and Conservation Centre (ShARCC)”, who led the study during his post-doc time at Dalhousie University in Halifax, Canada.

“Knowing the natural mortality rate is important for the many species that suffer from human-caused mortality, such as hedgehogs run over by cars, or fish caught for human consumption, or trees cut down for furniture”, explains Dr Rainer Froese, co-author of the study and an expert in population dynamics at GEOMAR. “Roughly speaking, if the human-caused mortality rate exceeds the natural rate by more than 50 %, these populations shrink to less than a quarter of their natural size and their reproductive success is at risk. If human-caused mortality exceeds the natural rate by 100 % or more, the populations are threatened with extinction”, Froese continues. “In other words, mortality caused by fishing, hunting or logging must be lower than natural mortality to ensure sustainable use”, says the marine biologist. “With our study, we facilitate the estimation of natural mortality, which is necessary for a sustainable management of animal or plant populations”.

The universal validity of their equation for a large number of species even surprised the scientists themselves. The most likely explanation is an exponential increase in natural mortality late in life, when most individuals have already passed on their genes to future generations and their contribution to the successful survival of their offspring becomes less important. After all, life is and remains finite.