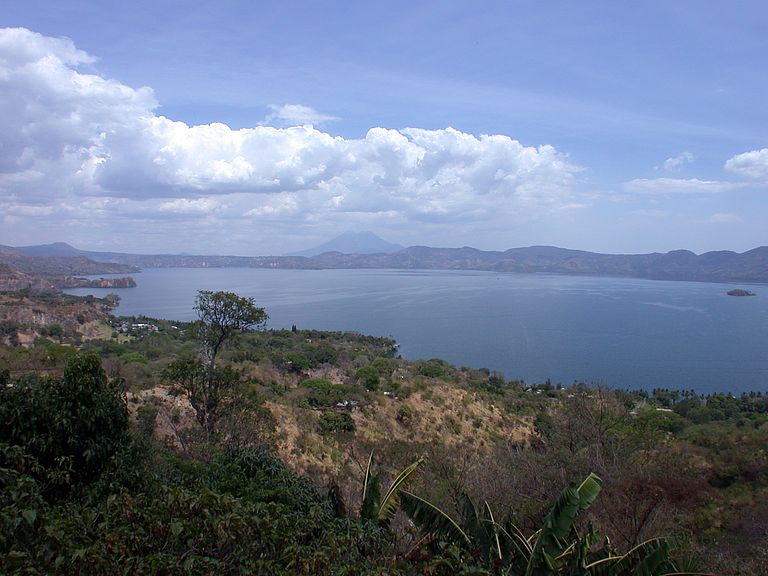 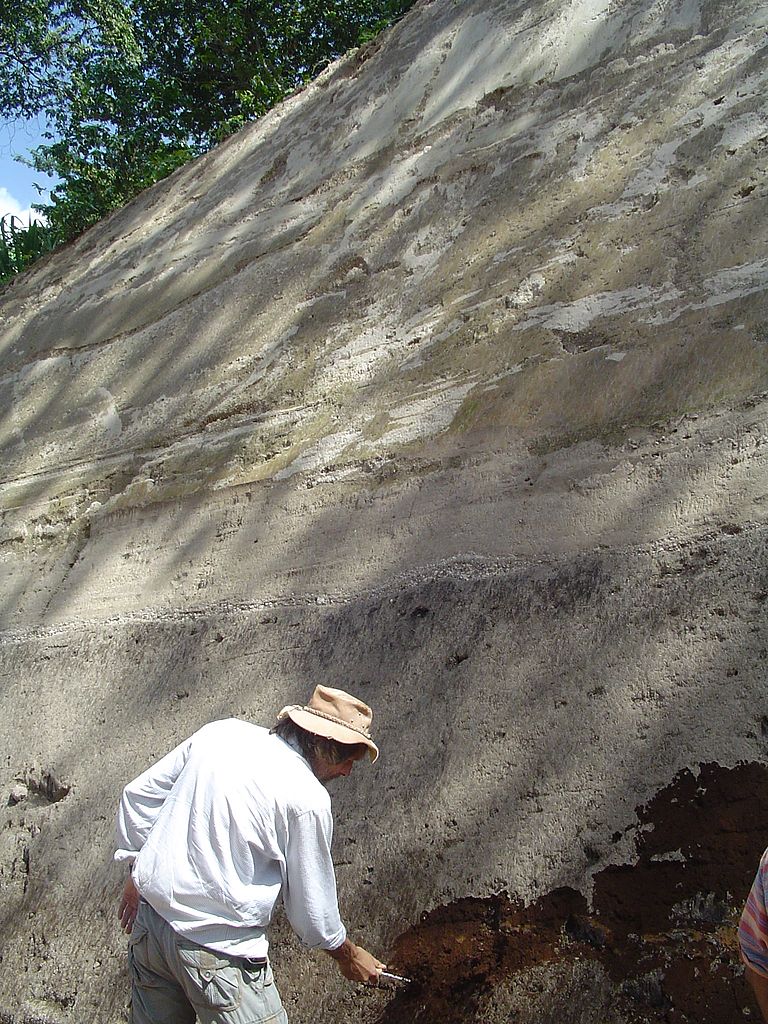 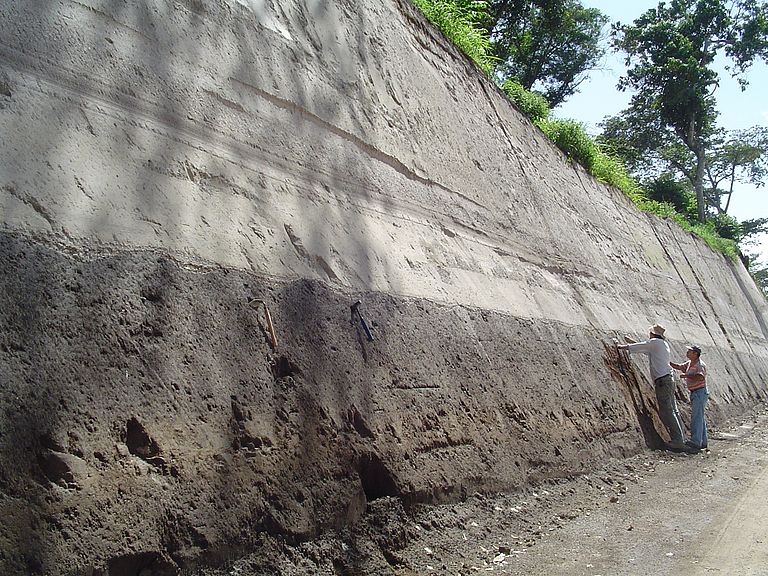 23. August 2019 / Kiel. Cold summers, mysterious dark clouds, bad harvests, epidemics - around the year 540 CE the Mediterranean was experiencing a devastating crisis. According to current knowledge, this crisis was triggered by two large volcanic eruptions in 536 and around 540. But the identification of the volcanoes remained controversial. An international team with the participation of GEOMAR Helmholtz Centre for Ocean Research Kiel now presents in the scientific journal Quaternary Science Reviews a prime suspect for the erup-tion in 540: the Ilopango in modern El Salvador.

Large, explosive volcanic eruptions can have a global impact on the climate. Historical examples show that they can even cause crisis in human societies over long distances. The Indonesian volcano Tambora, for example, erupted so much ash and aerosols into the atmosphere in 1815 that the year 1816 is known in Europe and North America as a "year without summer" with failed harvests and famines.

A similar crisis affected the Mediterranean and much of the northern hemisphere around 540 CE. Contemporary authors such as the historian Prokopios of Caesarea (around 500 - around 562) report crop failures, famines and a devastating plague epidemic. In this case, too, volcanoes are likely to be the cause. Sulphur layers in ice cores of both polar ice caps indicate two major eruptions in 536 and around 540. But which volcanoes were involved was controversial so far.

An international team of scientists now presents a breakthrough in the search for the responsible eruptions in the international journal Quaternary Science Reviews. "We were able to show that a particularly intense eruption of the Ilopango volcano in modern El Salvador exactly happened in the year 539/540 and that it released very large amounts of sulphur. This eruption fits exactly to the climate crisis in Europe", says volcanologist Dr. Steffen Kutterolf from GEOMAR Helmholtz-Centre for Ocean Research Kiel, co-author of the study.

The results were obtained almost by chance from regional studies in Central America. Within the framework of Collaborative Research Centre 574, GEOMAR researchers have been intensively studying the history of plate tectonics and volcanism in Central America from 2001 to 2012 and have collected numerous samples. "With these samples we are trying, among other things, to reconstruct the sequence of the major eruptions in El Salvador," says Dr. Armin Freundt of GEOMAR, also co-author of the new study.

It has already been known that there must have been a massive eruption at Ilopango between the third and sixth centuries. "This event is called 'Tierra Blanca Joven', TBJ for short, or 'young white earth'. It must have been so enormous that the volcanic cloud rose almost 40 kilometers into the atmosphere", explains Dr. Kutterolf.

With the help of the samples from the Kiel Collaborative Research Centre and others obtained from the Pacific seabed as part of the International Ocean Discovery Program, the international team was able to date the TBJ eruption precisely to the year 539. They were also able to trace its impact far into the Pacific Ocean. As a result, they could verify the extent of the eruption. "Well preserved trunks of trees buried by the erupted ash allowed us to measure profiles of 14C dates across the growth rings. This made the age dating much more accurate than before with individual measurements," explains Dr. Freundt.

"In summary, the Ilopango eruption 539 fits exactly into the perpetrator profile of the sought-after second eruption that led to the crisis of the 540s. “This is a fine example of how local basic research can lead to globally significant results," summarizes Dr. Kutterolf.

The Caldera of Ilopango in El Salvador. In the background you can see the San Vicente Stratovolcano. The bright deposits in the foreground are from the eruption in 539. Image: Armin Freundt/GEOMAR.

Below the TBJ deposits in El Salvador, plough traces of the Maya can still be seen today. However, the Ilopango outbreak 539 had not only local but also global effects. Image: Steffen Kutterolf/GEOMAR