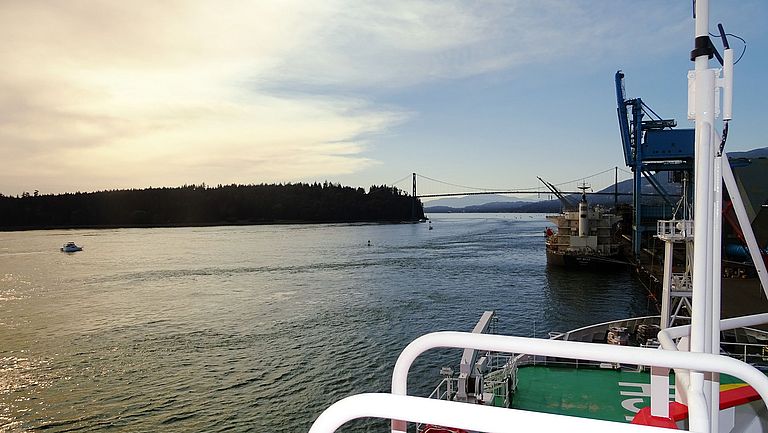 View at sunset at the start of the SO294 expedition. Photo: German Consulate General Vancouver 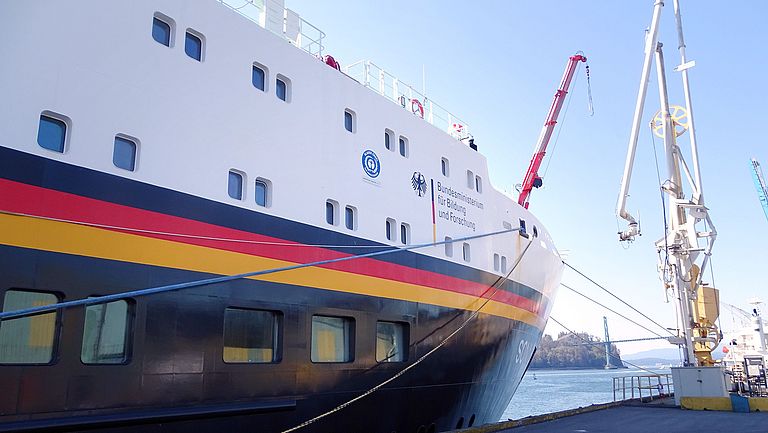 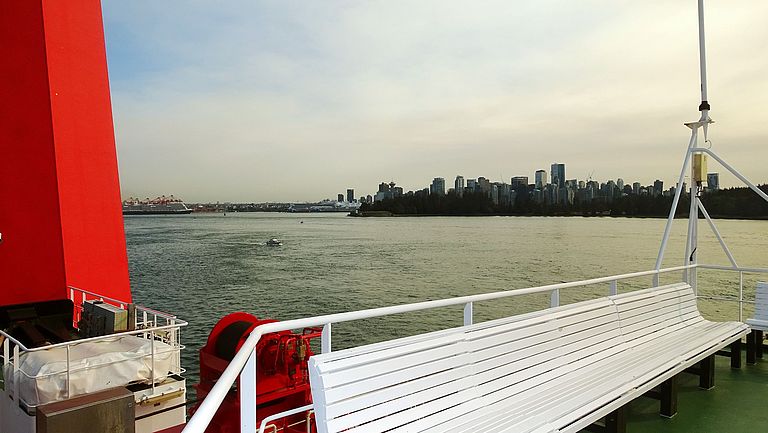 View from the research vessel SONNE off Vancouver at the start of the SO294 expedition. Photo: German Consulate General Vancouver 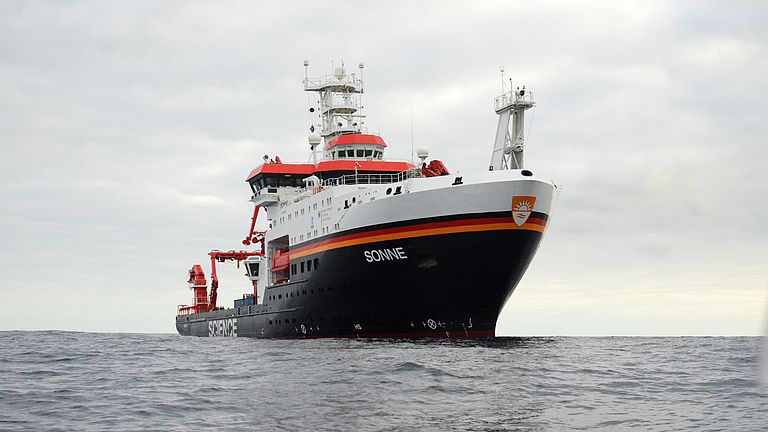 Gaining a better understanding of earthquakes and potential risks

13 September 2022 / Kiel. To be able to better assess the risk of future earthquakes in the Cascadia region off the U.S. Pacific coast – that is the goal of the CLOCKS expedition starting on September 13 in Vancouver/Canada with the German research vessel SONNE under the leadership of GEOMAR Helmholtz Centre for Ocean Research Kiel.

Earthquakes with magnitudes greater than 8.5 in so-called subduction zones are among the most dangerous marine natural hazards worldwide. Subduction is when the earth's crust and the outer part of the mantle at the edge of a tectonic plate dip into the underlying mantle in an ocean region, while the edge is simultaneously pushed over by the adjacent plate. This often creates stresses that are released in severe earthquakes. The Cascadia subduction zone in the eastern Pacific is one of the regions expected to experience such an earthquake in the near future. It is located off the U.S. states of Oregon, Washington and part off the coast of Vancouver Island. Because of the high population density of the coastal region, with cities such as Victoria, Vancouver and Seattle located near the plate boundary, the hazard potential is very high.

Currently, little is known about the area of the Cascadia fault off Vancouver Island where earthquakes originate. For example, there is still a lack of information on how long the rupture zone – the plates that slide against each other – or the area of an earthquake is. Since this is used to calculate the magnitude and thus also to estimate the hazard situation for neighboring coastal regions, a team of ocean scientists led by GEOMAR Helmholtz Centre for Ocean Research Kiel is now investigating where the earthquake-relevant, so-called seismogenic zone, can be delimited. For this purpose, data on the Canadian part of the Cascadia fault will be collected on the expedition cruise CLOCKS with the research vessel SONNE.

"Earthquakes of such magnitude are accompanied by many hazards," confirms Dr. Michael Riedel, cruise director and marine geodynamics scientist at GEOMAR. "One is the quake itself, which is triggered by shifting tectonic plates. But in the case of earthquakes in ocean regions, there is also a tsunami risk, which poses an additional threat to coastal areas. The exact processes in the Cascadia region need to be better understood scientifically to assess when preventive action is needed."

In order to be able to collect data for various questions about the earthquake region, different measurement methods will be used on the SONNE expedition (SO294). Seismic data will be used to map the deformation of the seafloor caused by earthquakes. Thermal data are combined with seismic methods to understand the temperature at the plate boundary and associated drainage processes. Magnetolluric measurement methods are used to measure the conductivity of a rock, which varies as a function of the fluids it contains. All of these data will help answer the question of whether and how earthquakes in previous cases extended across the entire surface to the buckling part. This will allow conclusions to be drawn about the future behavior of earthquakes in Cascadia space.

Since the research area is known to be home to many cetacean species, eight marine mammal observers will accompany the cruise and ensure through intensive monitoring that seismic measurements are only taken when a sufficient distance to the animals is maintained.

Reception for the expedition kick-off

The expedition is also receiving recognition at the political and diplomatic level in advance. To kick things off, a reception was held on September 10 at the Pembina Canada Terminal in Vancouver by the Consul General of the Federal Republic of Germany in Vancouver, Marc Eichhorn, and the captain of the research vessel SONNE, Tilo Birnbaum, which was also attended by the Director of the Geological Survey of Canada (Pacific) at Natural Resources Canada (GSC), Dr. Sonia Talwar.

"Science is literally boundless, so I am particularly pleased that this research mission, which is so significant for Canada and Germany and far beyond, is starting here in Vancouver," Eichhorn said. "It is proof and symbol of the close German-Canadian cooperation, especially in areas that are particularly important for humanity, such as disaster prevention and climate change."

In order to be allowed to carry out the scientific expedition in the waters off Vancouver Island, the consent of the representatives of the indigenous peoples (First Nations) was also necessary. The working area of the SO294 expedition borders on First Nations territory.

View at sunset at the start of the SO294 expedition. Photo: German Consulate General Vancouver

View from the research vessel SONNE off Vancouver at the start of the SO294 expedition. Photo: German Consulate General Vancouver