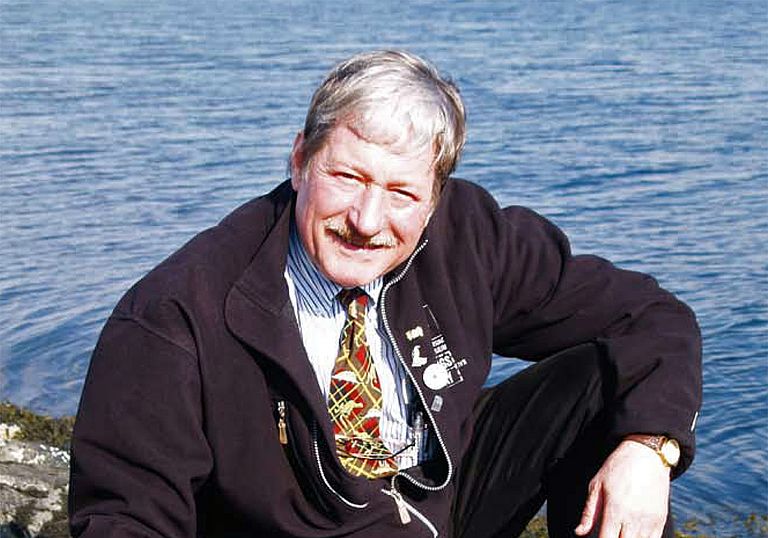 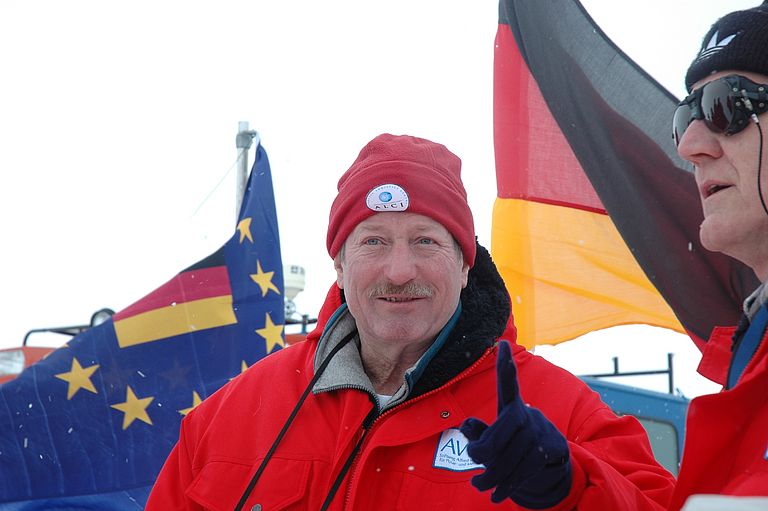 14 April 2021, Kiel/Bremerhaven. The German polar and marine research community pays him high respect and tribute. Prof. Dr Jörn Thiede, founding director of today's GEOMAR Helmholtz Centre for Ocean Research Kiel and long-time director of the Alfred Wegener Institute Helmholtz Centre for Polar and Marine Research in Bremerhaven, celebrates his 80th birthday today. Due to Corona, instead of a large festive event with many guests, many companions sent him their birthday wishes in personal video messages.

Prof. Dr Jörn Thiede is one of the pioneers of German polar and marine research. Jörn Thiede got his connection to the sea in early childhood. Born in Berlin in 1941, he grew up in Kiel after the Second World War, where his father helped to set up the new Kiel Sea Fish Market on the eastern shore of the fjord. From 1962 to 1971, Jörn Thiede studied geology and palaeontology at the universities of Kiel, Vienna and Buenos Aires. During his academic career he worked at scientific institutions in Aarhus, Bergen, Oregon State University and Oslo. In 1982, he was appointed Professor of Historical Geology at Kiel University (CAU). From 1987 to 1997 he was Professor of Paleo-Oceanography at the CAU and founding director of the Research Centre for Marine Geosciences, one of the predecessor institutes of today's GEOMAR.

From 1997 to 2007 he was Director at the Alfred Wegener Institute Helmholtz Centre for Polar and Marine Research in Bremerhaven. Since 2008, he holds a professorship in "Geology and Climate" at the University of Copenhagen. Furthermore, Jörn Thiede has been involved in German-Russian cooperation in marine and polar research for many years, among other things with the establishment of a new laboratory for "Paleogeography of the Polar Regions and Geochronology" at St. Petersburg State University. Jörn Thiede has been honoured several times for his academic work, in 1995 with the Federal Cross of Merit, in 2010 he was made an honorary citizen of the city of Bremerhaven, in 2011 he received the Willy Brandt Prize and in 2015 he received an honorary doctorate from the University of Gothenburg. He was and is a member of many high academic bodies and organisations such as the Russian Academy of Sciences, the Norwegian Academy of Sciences or the National Academy of Sciences Leopoldina.

Due to the corona pandemic, a larger celebration for Jörn Thiede unfortunately had to be cancelled. However, many long-time companions have congratulated him in more than 50 video messages, which will be handed over to him personally today. Here are a few voices from the circle of virtual well-wishers:

"Jörn Thiede's enthusiasm for science, the polar regions, research vessels, the mysteries of the deep sea and the entire planet always had a contagious effect and created a lasting basis for national and international cooperation and visibility," says Prof. Dr Antje Boetius, Director of the Alfred Wegener Institute Helmholtz Centre for Polar and Marine Research (AWI) in Bremerhaven.

"Jörn Thiede always had visions. With one of these – for the future of GEOMAR, which he founded - he brought me from Oregon State University to Kiel: a brand-new research centre, a dream that had been cherished for years," says Prof. Dr Erwin Suess, former Director of the Centre for Marine Geosciences, GEOMAR.

"Without you, today's GEOMAR would not exist in this form. It was you who took the initiative in the mid-1980s and convinced the government of the state of Schleswig-Holstein to establish a research centre for marine geosciences in Kiel," says Prof. Dr Katja Matthes, Director of GEOMAR. "Thiede bekommt seine Stellen” (Thiede gets the manpower) was written on a small piece of paper in 1987, which still hangs framed at GEOMAR today. With this ‘informal’ promise, Jörn Thiede began to build up the new research institute. "This was a courageous step that led to Kiel becoming a dynamic and innovative place for national and international marine research. For this, you deserve my respect and heartfelt thanks," Professor Matthes continues.

Dear Professor Thiede: congratulations and all the best, happiness and health for the years to come!