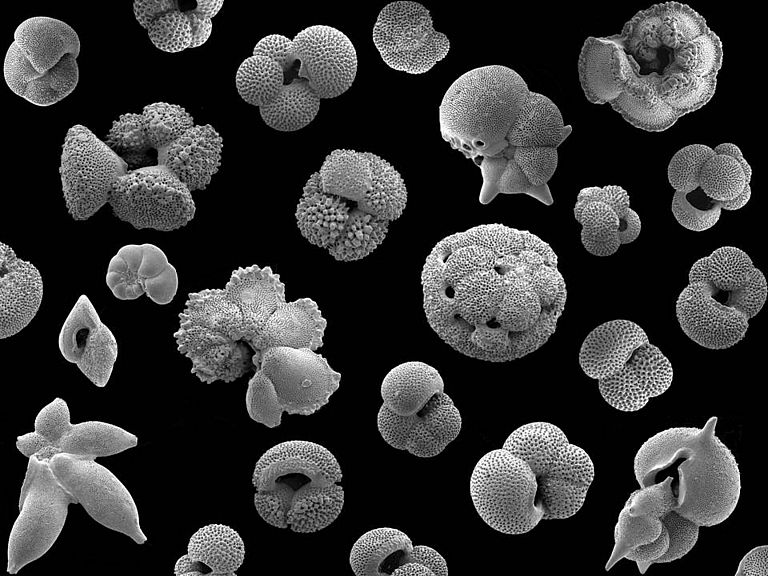 Fossil plankton shells from the Eocene Epoch. The largest specimens are up to a millimetre in size. Credit: Paul Pearson, Cardiff University 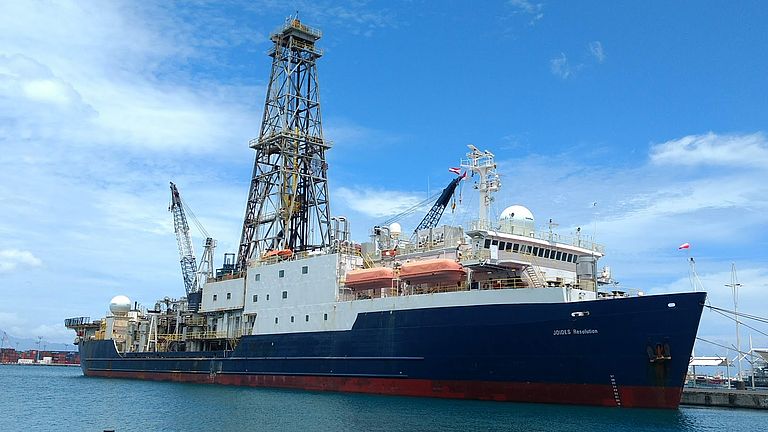 Research vessel JOIDES Resolution was used for the International Ocean Discovery Project. On this expedition it collected samples that were analyzed for the new study. Photo: Eleni Anagnostou/GEOMAR

How sensitive is the Earth’s climate?

7. September 2020/Kiel. One way to make better predictions of global warming in the coming centuries is to look at climate change in past eras. A team from GEOMAR Helmholtz Centre for Ocean Research Kiel and American and British Universities has now taken a closer look at the climate during the Eocene Epoch more than 30 million years ago, when global temperatures were around 14 degrees warmer than present day. The result: The influence of atmospheric carbon dioxide on a warm Earth could be even greater than previously assumed. The study was recently published in the scientific journal Nature Communications.

The Eocene Epoch lasted between 56 and 34 million years ago. It is the most recent greenhouse period in the Earth's history, associated with such global warmth that temperate rainforests could be found on Antarctica and crocodiles occupied the humid swamps that covered North America and parts of Europe. Throughout the Eocene Epoch however the climate dramatically cooled and it ended with the major transition to the icehouse climate we currently experience, with the glaciation of Antarctica. Earth Scientists study the important time interval of the Eocene to examine how the climate system behaves when it is much warmer than today.

Until now, it was still unclear how the development of climate and CO2 during this period were related. Recent climate model studies have also suggested that warm climate is more sensitive to CO2 changes than a cold climate. This could be of particular importance to our future climate as CO2 increases and the Earth continues to warm. In the new study, published in the journal Nature Communications, this has now been extensively tested for the first time by scientists from GEOMAR Helmholtz Centre for Ocean Research Kiel and the Universities of Southampton, Cardiff, Open, Bristol and California. From surface water acidity (pH) and estimates of the calcite saturation state of the ocean the authors calculated how atmospheric CO2 evolved through the Eocene.  The data used was obtained by studying the boron isotope composition of fossil shells of ancient marine plankton deposited on the seafloor during the Eocene. It was collected on expeditions by the International Ocean Discovery Program and its predecessors.

The novel CO2 record provides a new and comprehensive view of Eocene climate evolution, and gives strong evidence for a link between CO2 levels and the warm climate state. It reveals how volcanism, weathering of rocks, and burial of organic material influence the natural concentration of CO2 and hence climate. By comparing this new CO2 record with information on how the climate cooled the study also reveals how climate sensitivity evolved through the Eocene.

Dr Eleni Anagnostou, the lead author of the study from GEOMAR, says: “Our new dataset nicely illustrates that equilibrium climate sensitivity appears to be related to the Earth’s temperature, being higher during the warm periods of the Eocene and decreasing as the global climate cooled.” Climate sensitivity describes how much the global temperature increases when the amount of carbon dioxide in the atmosphere doubles. According to results published in the most recent IPCC report (Intergovernmental Panel on Climate Change) a doubling of CO2 leads to a warming of 1.5 - 4.5 °C.

Dr Anagnostou continues: “We found that during the warmest parts of the Eocene climate sensitivity was within the upper limit of this range and likely above it, dropping to within the range published by IPCC towards the end of the Eocene.”

Dr Tali Babila, from the University of Southampton, co-author of the study, added “Now that we have demonstrated that the climate is more sensitive when it is warm, like it was during the Eocene, the next step is to work out why this is and make sure this behavior is well represented in the climate models that are used to predict our future climate”.

Fossil plankton shells from the Eocene Epoch. The largest specimens are up to a millimetre in size. Credit: Paul Pearson, Cardiff University

Research vessel JOIDES Resolution was used for the International Ocean Discovery Project. On this expedition it collected samples that were analyzed for the new study. Photo: Eleni Anagnostou/GEOMAR