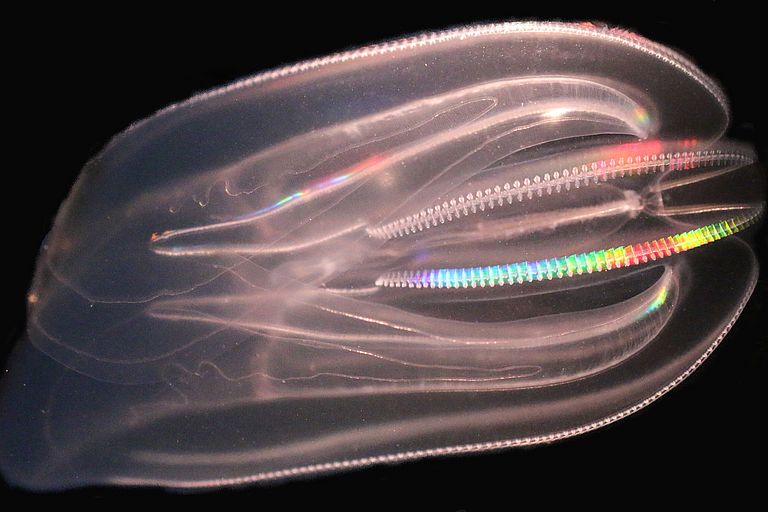 The comb jellyfish Mnemiopsis leidyi originates from the American east coast. It was introduced into the Black Sea in the early 1980s. As a result, anchovy stocks there declined drastically. In 2006, Mnemiopsis leidyi was also detected in the Baltic Sea for the first time. Photo: Cornelia Jaspers /GEOMAR/DTU Aqua

Aquatic invasive species cause damage worth billions of dollars

6 April 2021 / Kiel. When plants or animals establish in ecosystems outside their natural range due to human activity, they can cause considerable economic damage. For example, they can reduce commercially-used species, cause human disease and require substantial management investment. An international research team, led by GEOMAR Helmholtz Centre for Ocean Research Kiel, has now published the worldwide costs of aquatic invasive alien species for the first time. According to the study published in the journal Science of the Total Environment, these costs will amount to more than 20 billion US dollars in 2020 alone.

The global movement of goods and people, in its modern form, has many unwanted side effects. One of these is that animal and plant species travel around the world with it. Often they fail to establish themselves in the ecosystems of the destination areas. Sometimes, however, due to a lack of effective management, they multiply to such an extent in the new environment that they become a threat to the entire ecosystem and economy. Thousands of alien species are currently documented worldwide. A quarter of them are in highly vulnerable, aquatic habitats.

So far, research has mainly focused on the ecological consequences of these invasions. In a first global data analysis, 20 scientists from 13 countries led by GEOMAR Helmholtz Centre for Ocean Research Kiel have now compiled the economic costs caused specifically by aquatic invaders. “We come to the conclusion that invasive aquatic species that have established themselves in their new habitats have cost at least 345 billion US dollars since the 1970s,” says Dr Ross Cuthbert from GEOMAR. He is lead author of the study, which has now been published in the journal Science of the Total Environment.

For the study, the team used cases recorded in the existing literature and standardized them in a comprehensive database. Invertebrates (62%) accounted for the largest proportion of costs that could be detected in this way, followed by vertebrates (28%) and plants (6%). The largest costs were reported in North America (48 %) and Asia (13 %) and were mainly due to damages to resources such as physical infrastructures, healthcare systems and fisheries. Worryingly, over ten-times less was spent on management actions, such as prevention of future invasions, than damages.

“However, our figures are vastly underestimated due to knowledge gaps. Costs were never reported for many countries and known damaging invasive species, especially in Africa and Asia. So, we can assume that the damages are actually much higher,” Dr Cuthbert points out. A comparison with the costs caused by invaders on land confirms this assumption. While aquatic species make up a quarter of the documented invasive species, the economic costs they cause comprise only a twentieth of what is known for terrestrial species.

The team also identified a clear trend that costs have increased significantly in recent years. In 2020 alone, they amounted to at least 23 billion US dollars.

“So, the costs of aquatic invaders are significant, but probably under-reported. Costs have increased over time and are expected to continue to increase with future invasions,” Dr Cuthbert summarises the study. The team of authors therefore calls for increased and improved cost reporting by managers, practitioners and researchers to reduce knowledge gaps. It also urges more money to be invested in invasion management and prevention. “This would be money well spent to prevent and limit current and future damage,” Dr Cuthbert emphasises.

The comb jellyfish Mnemiopsis leidyi originates from the American east coast. It was introduced into the Black Sea in the early 1980s. As a result, anchovy stocks there declined drastically. In 2006, Mnemiopsis leidyi was also detected in the Baltic Sea for the first time. Photo: Cornelia Jaspers /GEOMAR/DTU Aqua