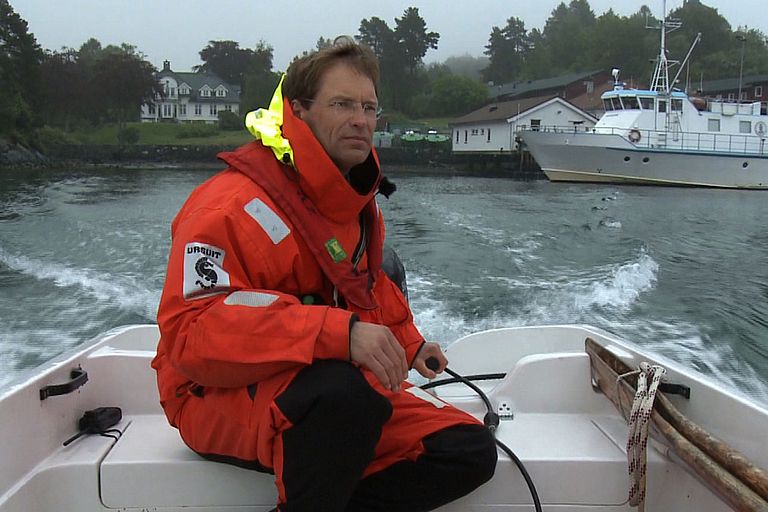 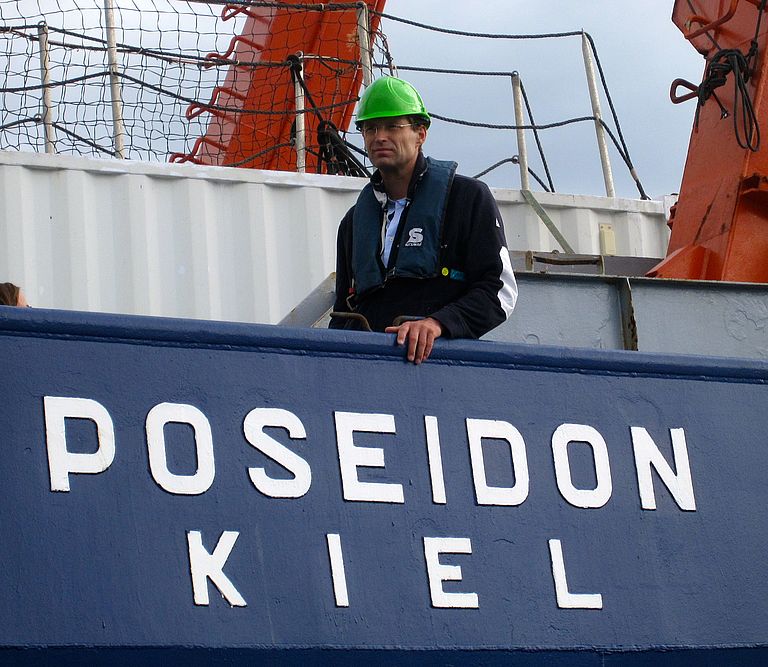 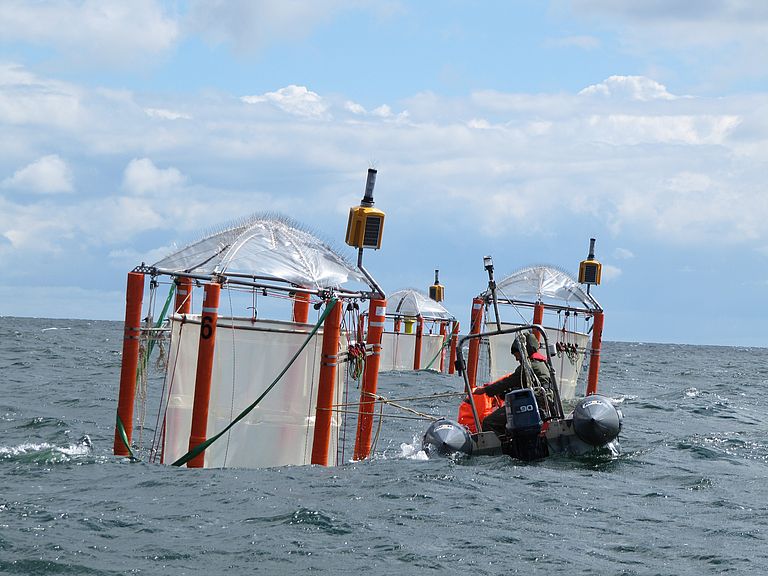 08.12.2011/Kiel. Prof. Dr. Ulf Riebesell from the GEOMAR | Helmholtz Centre for Ocean Research Kiel was honoured with the Leibniz Prize of the German Research Foundation. For his research on the effects of global change on marine ecosystems Riebesell receives one of the most valuable scientific prizes in the world. The prize is endowed with 2.5 Million Euros.

His research objects are often only to be seen under a microscope. Tiny, calcifying marine organisms, which are the basis for life in the ocean, are besides corals the main focus of Prof. Dr. Ulf Riebesells scientific work. The 52-year old Biologist from the GEOMAR | Helmholtz Centre for Ocean Research Kiel (until 31 Dec 2011: Leibniz Institute of Marine Sciences IFM-GEOMAR) in Kiel, Germany has been studying the impacts of ocean acidification on plankton and other calcifying marine organisms for several years.

In his experimental work, carried out both in the laboratory and in the field, Ulf Riebesell showed that due to the enhanced carbon dioxide consumption in the ocean its pH-value decreases. The ocean becomes more acid which limits calcifying organisms in their ability to build their shells. For his field experiments he used freely drifting experimental facilities, so called mesocosms, which were developed at the IFM-GEOMAR. The experiments were carried out in different regions of the world’s oceans, such as the Baltic Sea, around Norwegian Fjords and in Arctic waters. Currently Professor Riebesell is leading another experiment of this kind in the Pacific Ocean off the coast of Hawaii.

To gain knowledge about the impact of ocean acidification on calcifying organisms is of particular significance as those organisms very often stand at the beginning of the food chain and therefore have an impact on the entire food web and primary production in the oceans. With his works, Riebesell not only drew the attention of oceanographers to the ocean acidification as one of the main threats to marine ecosystems but also gained the interest of the public for the topic.

The director of the GEOMAR, Prof. Dr. Peter Herzig, himself a recipient of the Leibniz Prize, was one of the first to congratulate Riebesell. “I am delighted that with Professor Riebesell another distinguished scientists of the GEOMAR received the Leibniz Prize. By this his outstanding achievements in the field of ocean acidification are recognized. Professor Riebesell is one of the leading scientists in this research area.”

”For Professor Riebesell and the University of Kiel this prize is a great Christmas present. We congratulate our colleague whole-heartedly. His award once again shows that excellent research is done at our University“, the president of the Kiel University Professor Gerhard Fouquet showed his delight.

Riebesell studied biology and marine biology in Kiel, Seattle and Rhode Island, USA before he earned his PhD at the University of Bremen. After his PhD he worked as a Post-Doc at the Alfred-Wegener-Institute for Polar and Marine Research in Bremerhaven and the University of California in Santa Barbara. In 2003 he moved back to Kiel to become a professor for Biological Oceanography at the IFM-GEOMAR. Professor Riebesell is a member of many international and national committees. Besides leading the BMBF joint research programme BIOACID (Biological Impacts of Ocean Acidification) and the being deputy coordinator of the EU project EPOCA (European Project on Ocean Acidification), Riebesell is also involved in the cluster of excellence “Future Ocean” and in the Collaborative Research Centre (SFB) 745 “Climate-Biogeochemistry Interactions in the Tropical Ocean”. His is the author of more the 100 peer-reviewed publications.

Prof. Riebesell was surprised when was informed about receiving the award and was delighted by the honour. “In the past few years my team and I have worked intensively on the examination of the effects global change has on the ocean”, Riebesell said. “The complexity of the topic came as a surprise to me as the consequences of the acidification vary a lot. There still is a lot of research to be done in this area”, Riebesell described the perspectives of his research field. The prize money of 2.5 Million Euros, which is freely available to him during the next seven years, he wants to use to extent the research field further. “I do not have finished plans yet but many ideas for the usage of the money”, Riebesell said.

Background Information:
The Leibniz Prize of the German Research Foundation is annually awarded since 1986. The prize is awarded to outstanding scientists for their research in all different scientific fields. It is endowed with 2.5 Million dollars that can be used by the winners suiting their requirements within a time span of seven years. Professor Riebesell is the sixth marine scientist from Kiel winning the highest honour awarded in German research. So far Prof. Dr. Michael Sarnthein (1989), Prof. Dr. Jörn Thiede (1989), Prof. Dr. Hans-Ulrich Schmincke (1991), Prof. Dr. Peter Herzig (2000) und Prof. Dr. Wolf-Christian Dullo (2002) received the Leibniz Prize.