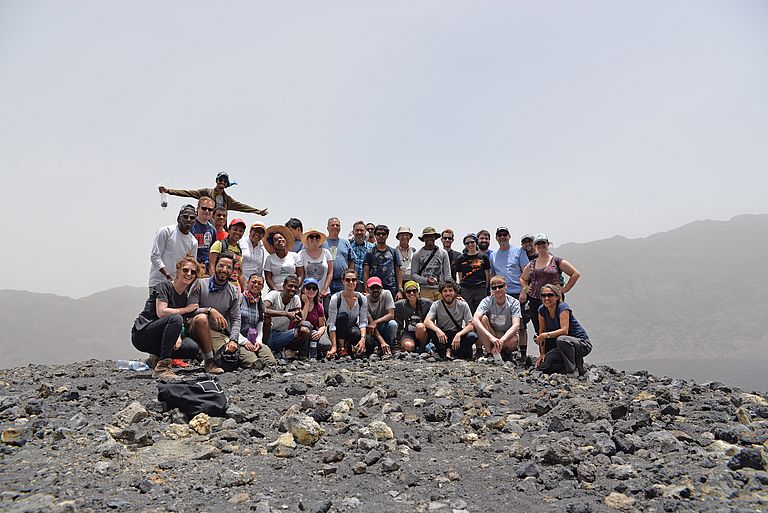 Participants of the summe school on the island of Fogo. Photo: Aali Masoud. 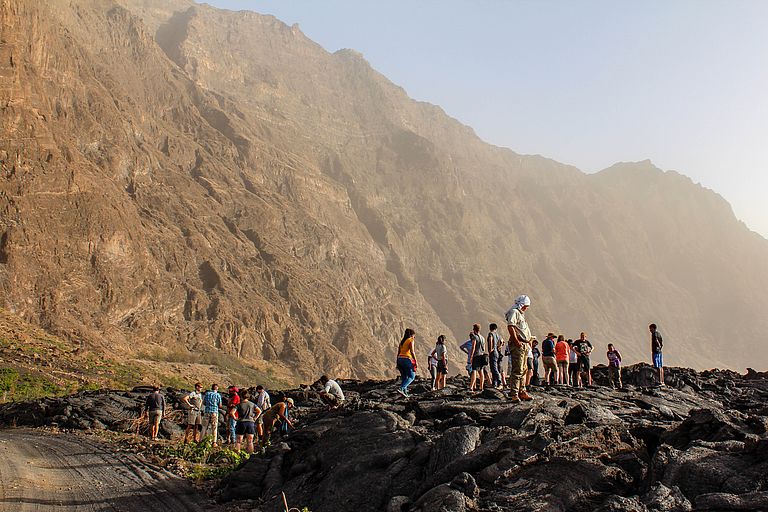 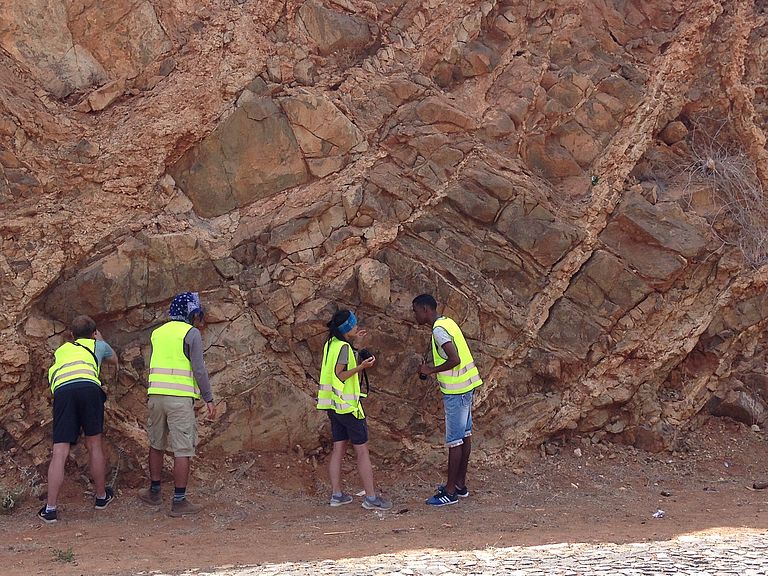 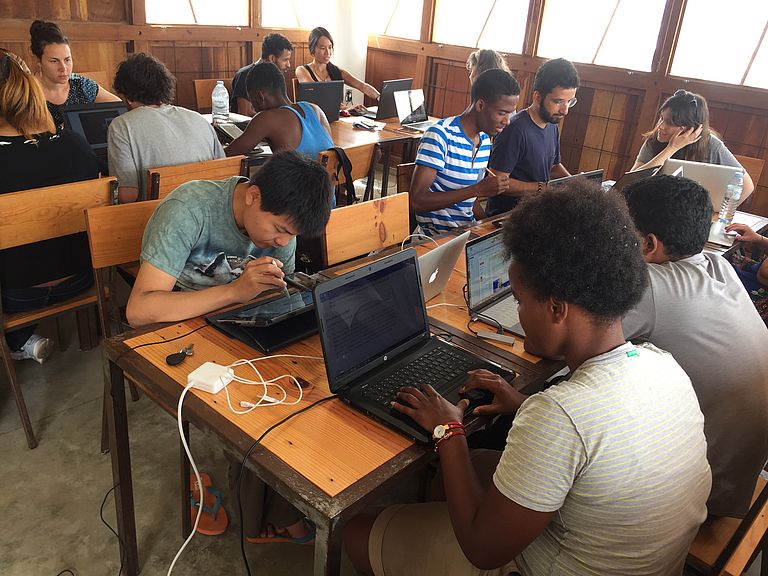 Life on the volcano

08 June 2018 / Mindelo. The base of life in Cabo Verde is fiery hot - Volcanoes form the archipelago of nine inhabited and numerous uninhabited islands in the tropical Atlantic. The magmatic processes created the home for plankton, fish and many other marine organisms living on island slopes. The people of the Republic of Cabo Verde owe their homeland to these volcanoes. How do the geological structures affect life? What dangers and opportunities do they offer? What influence does volcanism have on the ecology of the archipelago and on the society and economy of Cabo Verde? In the past two weeks, 25 students have dealt with these questions during the HOSST-TOSST Summer School Cabo Verde 2018. The participants are PhD fellows of the Helmholtz Research School for Ocean Systems Science and Technology - HOSST, of the Canadian partner school Transatlantic Ocean Systems Science and Technology –TOSST and students from the University of Cabo Verde. Today, the summer school ended with the presentation of the results of the group projects at the Ocean Science Centre Mindelo (OSCM) on the island of São Vicente.In addition to the participants and their supervisors, representatives of the Cape Verde Fisheries Research Institute INDP, teachers from the University of Cabo Verde, representatives of non-governmental organizations, local communities and the honorary consul of the German Embassy Cabo Verde attended the event. Paulo Veiga, Secretary of State in the Ministry for Maritime Economy of Cabo Verde, stated that being World Oceans Day, he felt very fortunate to be at the closing ceremony of the program, "Cabo Verde Summer School", prioritizing research on geological structures and emphasizing the holistic nature of the marine sciences in Cabo Verde.

The summer school started on 26 May with the arrival of participants from Kiel, Germany, and Halifax, Canada, to Mindelo (São Vicente). Here they met students of the Cape Verde Islands, with whom they explored the geological structures of the islands in the following days. “Even some of the Cape Verdeans were not aware of how their islands have formed and how old the volcanoes are,” says Dr. Thor Hansteen, who led the geological excursions. In the following days, visits were made to water and electricity works, a farm and the Mindelo fish market. “A highlight of the two weeks definitely was the excursion to the island of Fogo,” says Dr. Christel van den Bogaard, HOSST Coordinator at GEOMAR, “there the group was able to experience the heat of the lava flow of the 2014/15 eruption. During the summer school, even the participants from Cabo Verde learned a lot about the origins of their homeland.”

In mixed HOSST-TOSST-Uni Cabo Verde groups, PhD students worked on individual aspects of the overall topic and turned the findings into posters, which they presented today. After the Summer School, the results will also be used to create a website that will inform about the interaction between geology and life in Cabo Verde. The two weeks were characterized by intensive work. “The exchange between the different disciplines involved, but also between the young scientists and the experts from the different countries was very stimulating and insightful for all,” the HOSST spokesman Prof. Dr. Wolf-Christian Dullo from GEOMAR resumes.

Participants of the summe school on the island of Fogo. Photo: Aali Masoud.