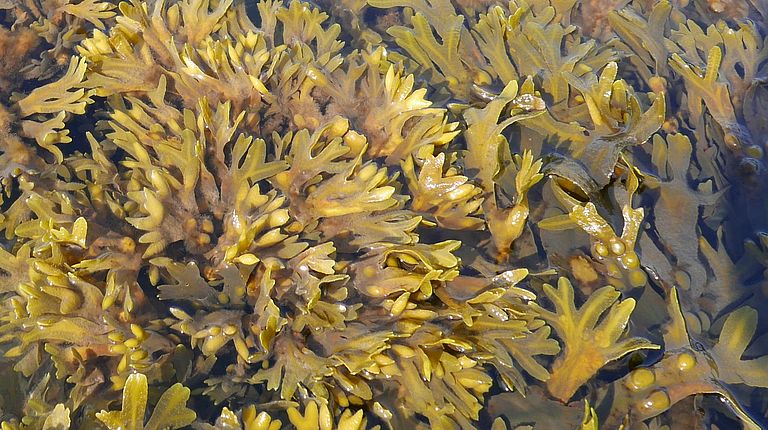 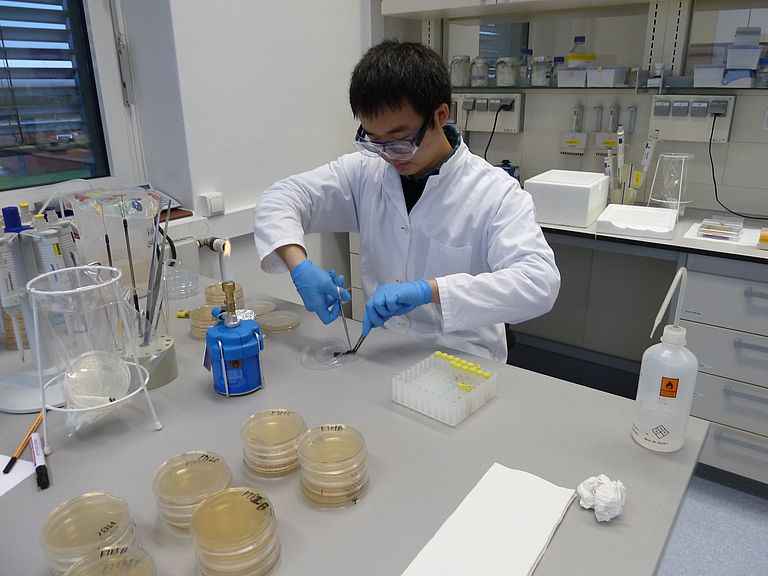 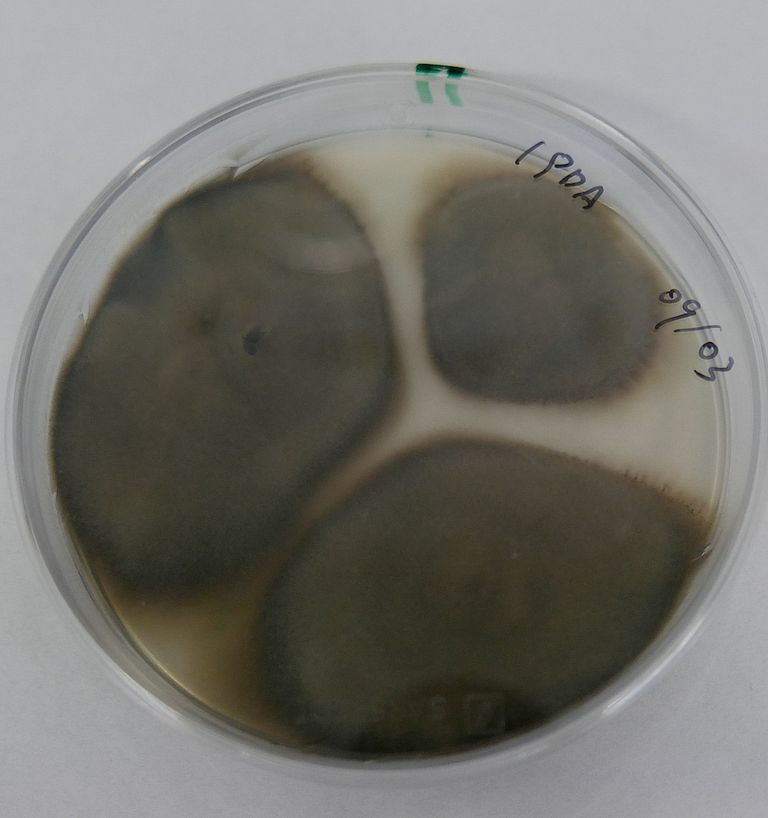 2 July 2020/Kiel. Marine organisms and their microbial symbionts are invaluable sources of new medicines for human diseases. Natural products from the sea have four times higher potential to become medicines than any other natural or synthetic compound. But the discovery process is long, risky and costly. Using state-of-the-art approaches coupled with bio- and cheminformatics and machine learning, researchers at the GEOMAR Helmholtz Centre for Ocean Research Kiel have succeeded in discovering new, bioactive components of the Baltic Sea seaweed Fucus vesiculosus and its fungal symbiont against infectious bacteria or skin cancer. The results of the study have now been published in two articles in the journal Marine Drugs.

Healing with the help of marine organisms is no utopia. Already 12 life-saving drugs, e.g. against cancer, have been developed from marine organisms and their symbiotic microbiota. Their high potential for drug development is hampered by the lengthy and costly discovery process. The research group of the Marine Natural Product Chemistry Research Unit at GEOMAR Helmholtz Centre for Ocean Research Kiel, supported by computer-aided automated approaches, has now successfully discovered marine molecules as potential remedies against infections and skin cancer in an alga and its fungal symbiont originating from the Kiel Fjord.

The search process for marine active ingredients starts with the extraction of marine macro- and microorganisms, followed by the purification and characterization of their novel and bioactive chemical constituents, which are intended to be used for the development of new therapeutics. “One of the biggest pitfalls in drug research is the isolation of already described natural molecules, using the ‘classical’ bioactivity-guided isolation process”, explains Prof. Dr. Deniz Tasdemir, head of Research Unit Marine Natural Product Chemistry at GEOMAR and GEOMAR Centre for Marine Biotechnology. “This approach is complicated and often prone to failures”, Dr. Tasdemir continues.

In her research group, she addressed this problem through automated, computer-based approaches in combination with bioactivity screenings. In a one-year study, it was found that the brown alga Fucus vesiculosus (bladder wrack) from the Kiel Fjord, inhibits the pathogenic bacterium Methicillin-resistant Staphylococcus aureus (MRSA), which causes hospital infections.

“Algorithm-based bioinformatics strategies and machine learning tools have enabled us to map the massive metabolome of brown alga and at the same time predict the molecular clusters responsible for their antibiotic activity”, said Dr. Larissa Büdenbender, a former postdoctoral fellow in Prof. Tasdemir's group and first author of one of the two articles now published in the journal Marine Drugs. The algorithms applied in this study group together the molecular families in complex networks based on their chemical similarity scores in mass spectrometry analyses, and together with in silico machine learning tools, help us to chemically identify the known and new compounds already in the extract. After the first rapid chemical fractionation step of the extract, a bioinformatic programme is used to predict the bioactivity score of molecules according to their relative abundance in the fractions. These bioactive compounds are isolated. “The classical discovery approach from extraction to characterization of bioactive ingredients of the alga would normally take 3-4 years. These automated tools helped us to accelerate the targeted discovery of new natural antibiotics down to some months”, emphasizes Prof. Tasdemir.

“In nature, bladder wrack is often under strong pressure from fouling and biofilm formation by millions of microorganisms found in seawater. Therefore, membrane-bound compounds, as we identified in this study, are of high ecological importance for self-protection of the alga. Such molecules, which perform a critical function in natural space, often display related activities against human pathogens. Since bladder wrack is an edible seaweed, such activities make it an attractive candidate not only as a source of drugs, but also for food supplements or food protection”, says Prof. Tasdemir. Next, we will be investigating the application potential of bladder wrack in food industry.

Many fungi also live in symbiosis on the surfaces and inside of seaweed. These are also promising sources for the discovery and development of new drugs. Bicheng Fan, a PhD student of Professor Tasdemir, has isolated more than 120 symbiotic fungi from bladder wrack and has studied the fungus Pyrenochaetopsis sp. in detail, as it efficiently kills melanoma-type skin cancer cells with low cytotoxicity and has a very rich chemical inventory. Bicheng also used computer-aided automated approaches to isolate special molecules with a rare chemical scaffold. The study was also recently published in Marine Drugs.

According to Prof Tasdemir, this is only the second chemical study on the previously completely unexplored fungal genus Pyrenochaetopsis. “Fungi, which we isolated from bladder wrack and fermented in optimized laboratory conditions, are an established source of natural anti-cancer agents. We have found several novel natural products here, which we named as pyrenosetins A and B, that have a high potential for fighting skin cancer”, the chemist continues.

“Nature is the source of more than half of all modern medicines that we use today. Access to the revolutionary genomics, metabolomics, bioinformatics and machine learning tools will enable, in an unprecedented way, new and rapid discovery of marine compounds, and more rational and efficient use for subsequent drug development with industrial partners”," Professor Tasdemir concludes.