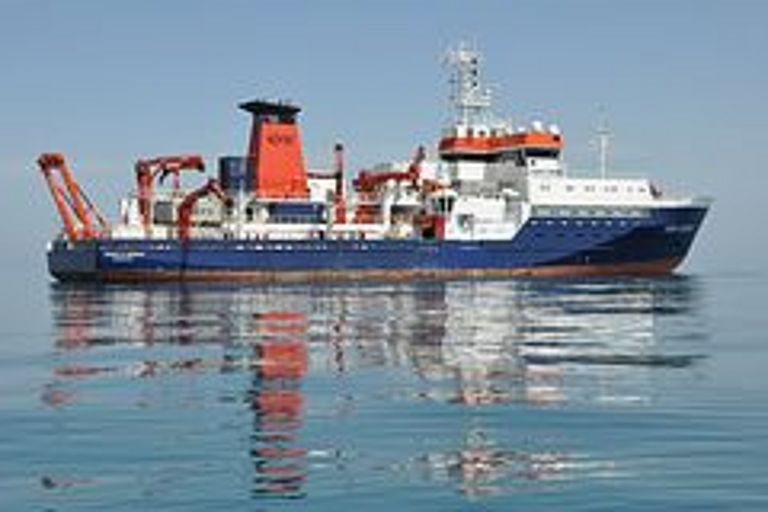 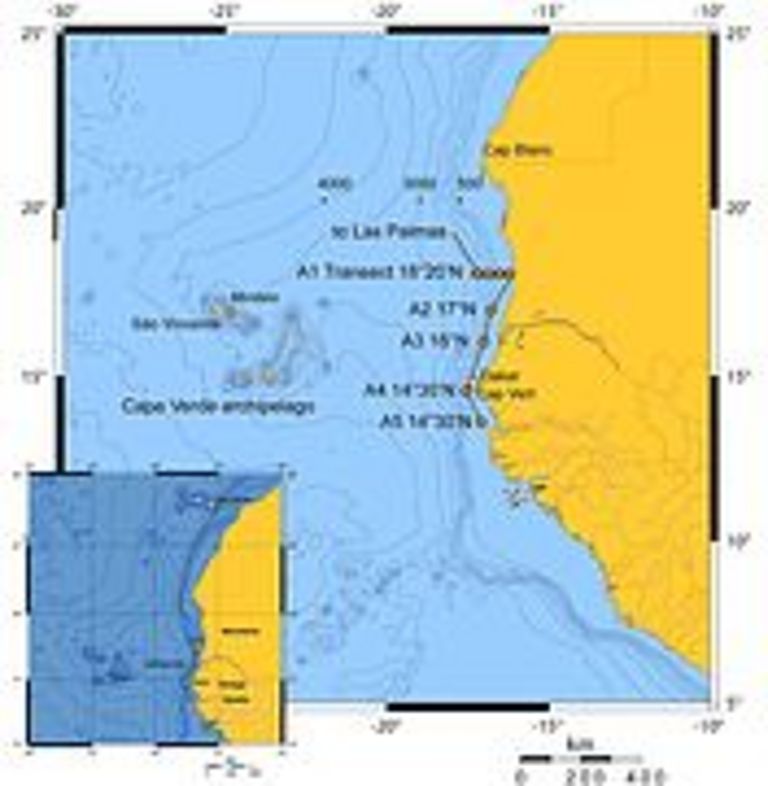 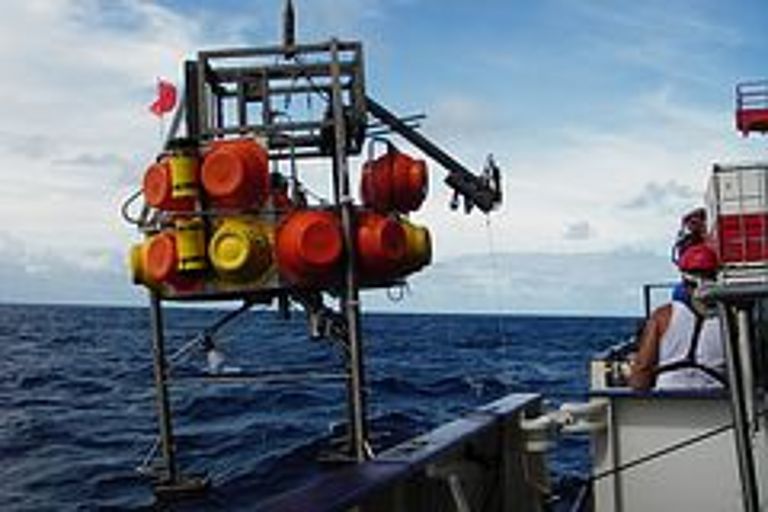 March 9, 2011/Kiel. Humans are not always to blame if hostile conditions occur in the environment. Nature itself produces huge zones with very little oxygen in the oceans. However, scientists wonder if these zones will expand in response to climate change. To answer this question, marine scientists from Kiel are currently undertaking an expedition to the oxygen minimum zone off the coast of northwest Africa.

The region seems to be a paradise for marine organisms: off the coast of northwest Africa nutrient rich waters from the deep sea are upwelled to the surface. Phytoplankton flourish and produce a lot of oxygen. Nonetheless, at a depth of 100 metres almost no creature can exist because oxygen is missing. The explanation is simple: where many organisms live many organisms also die. While decomposing dead animals or plants, microorganisms consume the oxygen produced just below the surface. Thus, natural Oxygen Minimum Zones (OMZ) occur in all tropical oceans. „But we wonder, if in response to climate change, these OMZ expand and if this could have impacts on the whole ocean“, says Dr Olaf Pfannkuche of the Leibniz Institute of Marine Sciences (IFM-GEOMAR) in Kiel, Germany. He is chief scientist of an expedition with the German research vessel MARIA S. MERIAN, which takes place from 10 March until 12 April 2011 at the OMZ off the coast of Senegal and Mauretania.

The scientific cruise is organised by the Collaborative Research Centre (Sonderforschungsbereich, SFB) 754 "Climate-Biogeochemistry Interactions in the Tropical Ocean" which is funded by the German Research Council. Besides Marine Scientists from the Kiel University and IFM-GEOMAR, colleagues from the Max Planck Institute of Marine Microbiology in Bremen (Germany) participate in the expedition. The overall goal of the SFB is to improve understanding of the coupling of tropical climate variability and circulation with the ocean's oxygen and nutrient balance.  This will allow scientists to quantitatively evaluate the nature of oxygen-sensitive tipping points, as well as to assess consequences for the ocean's future. The scientists of the SFB already investigated the OMZ in the eastern Pacific Ocean off the coast of Chile and Peru. „ The northwest-African coast is the only major OMZ where neither sediment nor water column has been examined systematically  so far / until now“, explains Dr Pfannkuche. The current expedition wants to throw some light on the open questions.

During the cruise the scientists use multi-beam echo sounders to map the mostly unknown seafloor in the working area. A CTD (Conductivity, Temperature, Depth) profiler with a rosette water sampler will deliver water samples from exactly defined depths. Autonomously working ocean bottom observatories, so called „Lander“, will be deployed at the sea floor to take samples and biological, microbiological, biochemical and geochemical measurements. The investigations cover depths of 50 to 3000 metres.

Scenarios about expanding OMZ are not purely theoretically. „Paleo-records give evidence for periods of dramatically reduced oceanic oxygen that had major consequences for marine ecosystems up to mass extinction“, explains Dr Pfannkuche. These periods were connected to  very warm climate conditions and high CO2 levels in the atmosphere. Therefore, the scientists of the SFB 754 want to understand how current and projected CO2 levels and warming have and will continue to affect OMZ and the marine ecosystem in the future.