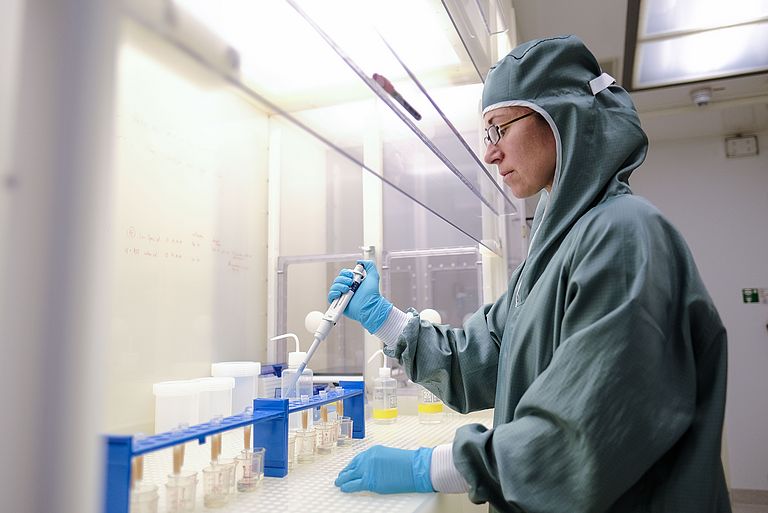 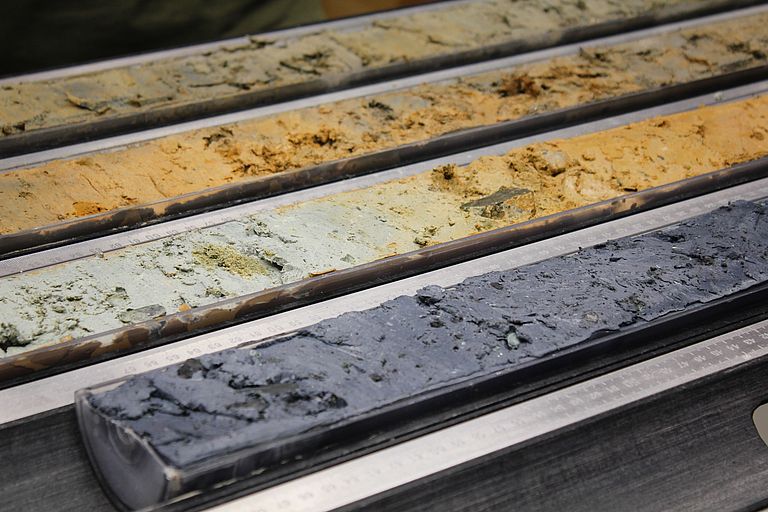 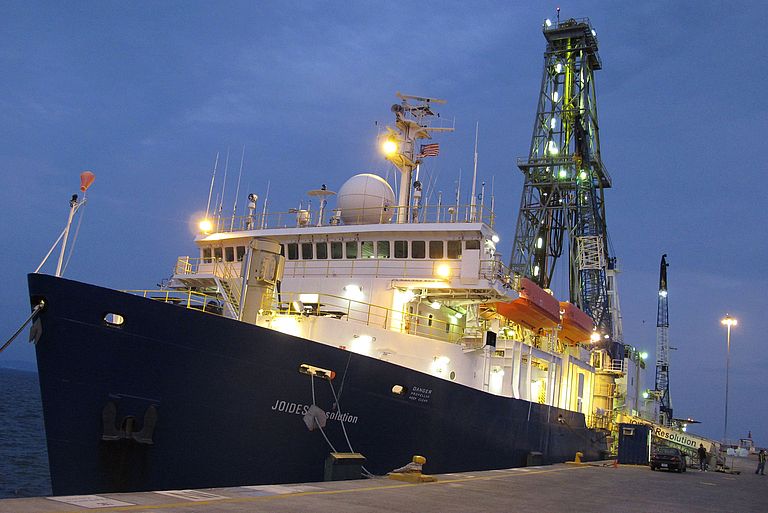 As part of the International Ocean Discovery Program (IODP), the drilling vessel JOIDES RESOLUTION has been sampling mud volcanoes in the Mariana Trench. Photo: Steffen Kutterolf/GEOMAR

12 October 2020 / Kiel. In nature, compounds of the element silicon play a decisive role in the formation of rocks and also in the climate system due to their connection to the carbon cycle. However, lacking information on sinks and sources of the element, parts of the oceanic silicon cycle cannot yet be satisfactorily modeled. Today, researchers of the GEOMAR Helmholtz Centre for Ocean Research Kiel have published a study in the international journal Nature Communications that identifies an important source of certain silicon isotopes whose values in some ocean basins could not be explained so far.

Nowadays the element silicon is almost synonymous with high-tech industry and digitalization. As a component of microelectronics, it is so fundamental that it was chosen to name the birthplace of many global IT groups: Silicon Valley in California. But silicon also plays an important role in nature. For example, the cycle of various natural silicon compounds is important for the formation of rocks. It is also closely linked to the carbon cycle and thus climate-relevant. However, there are large gaps in our knowledge of the silicon cycle in the ocean.

Scientists at the GEOMAR Helmholtz Centre for Ocean Research Kiel and the University of Durham (UK) have now been able to identify weathering processes on the seafloor that produce large quantities of heavy silicon isotopes. Their sources had previously been a mystery. “Thanks to our results, we are now able to explain silicon anomalies in entire ocean basins, which could not be satisfactorily represented in any geochemical model so far”, explains Dr. Sonja Geilert from GEOMAR. She is first author of the study, which was published today in the international journal Nature Communications.

For the study, the team analyzed samples taken in 2016 from mud volcanoes on the edge of the Mariana Trench in the Western Pacific Ocean. The expedition on the scientific drill vessel JOIDES RESOLUTION was part of the International Ocean Discovery Program (IODP). “Mud volcanoes are like a window into layers beneath the seabed because they carry material upwards from the earth's mantle. They are therefore well suited for gathering information about usually inaccessible processes that take place beneath the ocean crust,” explains Dr. Geilert.

The upper layers of the mud volcanoes were of particular interest for the study, as rocks come into contact with the seawater. The team measured the concentrations of various elements and their isotopes in the fluids that filled the pores between the solid sample components. “In the process, we discovered the highest values of particularly heavy silicon isotopes that have ever been detected in natural liquids,” says the geochemist.

The high silicon isotope values are caused by the fact that certain rocks from the depths, so-called serpentinites, weather when they come in contact with seawater, thereby releasing silicon. The concentrations in the pore fluids of the mud volcanoes become so high that silicon precipitates again and forms clay minerals. In further steps, the isotopes thus enter the ocean water. “Until now, none of the corresponding models has taken into account serpentinite weathering in contact with seawater as a source of heavy silicon isotopes,” emphasizes the first author of the study.

Since serpentinite is very common in the ocean floor, the results from the Mariana Trench can be transferred to many other areas. “There are even indications that similar processes take place where other types of rock such as basalt are predominant. With that, our results could be transferred to the large ocean basins”, Dr. Geilert adds. “In any case, we have been able to add an important piece of the puzzle to our knowledge of the silicon cycle”.

As part of the International Ocean Discovery Program (IODP), the drilling vessel JOIDES RESOLUTION has been sampling mud volcanoes in the Mariana Trench. Photo: Steffen Kutterolf/GEOMAR