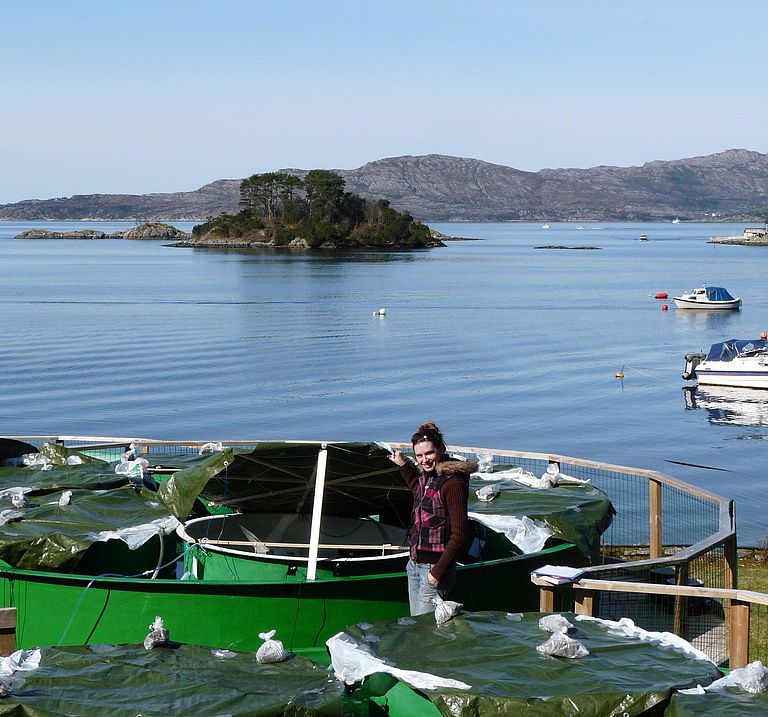 December 11, 2011 / Kiel. Fish stocks are not only threatened by over-fishing. An international research group led by the GEOMAR | Helmholtz Centre for Ocean Research Kiel has now found evidence for potentially harmful effects the increasing acidification of the oceans may have on larvae of commercially important fish species such as cod. The study was published today in the internationally renowned journal Nature Climate Change.

While it is common knowledge that commercial fish stocks are globally threatened by over-fishing, a new study shows that they may also be vulnerable to previously underestimated factors of climate change. The accumulation of carbon dioxide in the atmosphere, mainly due to the burning of fossil fuels, will lower the pH of the oceans, a process termed “ocean acidification”. In the past, scientists have primarily focused on calcifying organisms, which are believed to be particularly at risk due to the dissolution of their calcium carbonate structures. A recent study by an international research group led by the GEOMAR | Helmholtz Centre for Ocean Research Kiel (until 31 Dec 2011: Leibniz Institute of Marine Sciences IFM-GEOMAR) shows that commercial fish species may also be threatened by increasing acidification “Test series showed that the larval stages of cod is especially vulnerable to changes in the pH-value,” Andrea Frommel explains. She is lead author of the study, which is now published in the internationally renowned journal Nature Climate Change.

Frommel and her colleagues from Germany, Norway and Great Britain exposed cod offspring to three different carbon dioxide concentrations: today’s concentration (380 µatm), the expected concentration for the end of the century (1800 µatm) and an extreme concentration that may be reached in coastal areas in the future (4200 µatm) to examine the influence of ocean acidification. In order to mimic natural conditions for the larvae, the experiment was carried out in large open-air mesocosms in Bergen, Norway. The larval development was monitored for a time span of seven weeks after hatching.

The results are alarming. Tissue damage with possible lethal consequences was documented in a range of vital organs in the larvae. “During this critical stage many structural alterations take place in the larvae, requiring a large amount of energy. As larvae hatch without functional gills, the main site for effective acid-base regulation, the mechanisms to cope with a low pH environment are particularly costly. Therefore, they may not have the energy needed for development available making them more prone to damage. ”, Frommel reasons the observations.

“This study shows that the increasing acidification of the oceans has the potential to reduce larval survival in marine fish. As the larval stage is the bottleneck to recruitment in commercial mass-spawning fish, ocean acidification must be considered as yet another anthropogenic stressor in future stock analysis of already exploited fish ”, Frommel sums up.