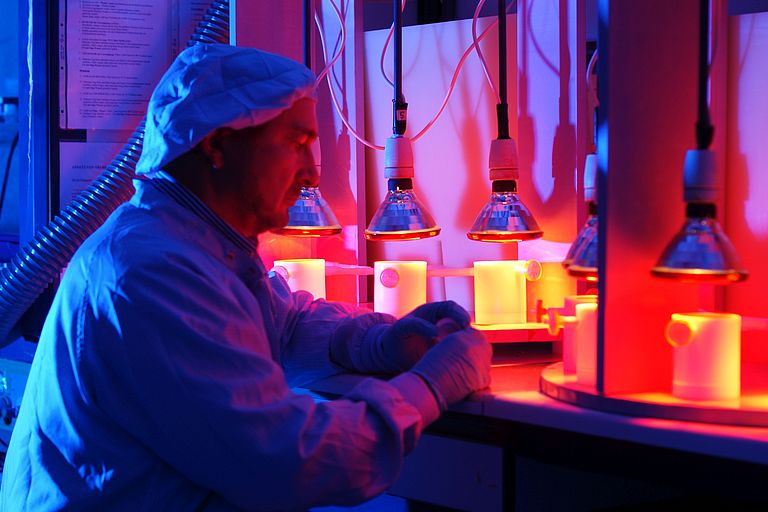 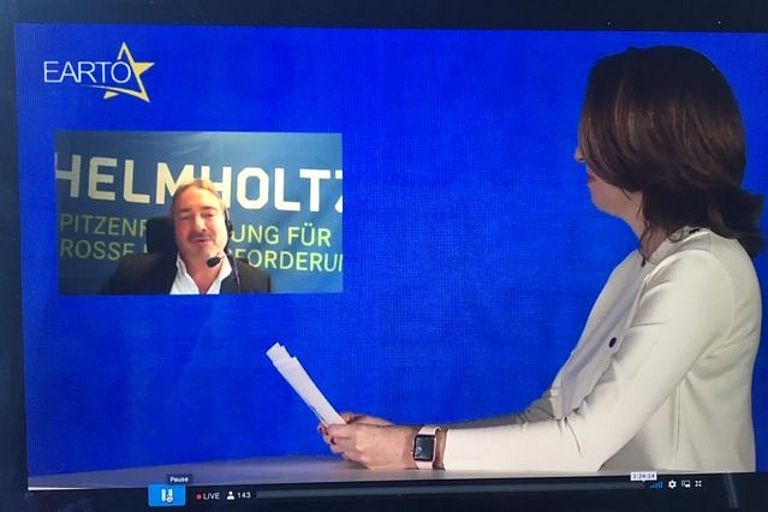 28. October 2020/Kiel/Brussels. An innovation from the field of marine research which originally served to study corals is receiving increased attention. This method for the non-invasive early diagnosis of the widespread disease osteoporosis, which had been developed at GEOMAR Helmholtz Centre for Ocean Research Kiel, has today been awarded with the first prize in the category "Impact delivered" of this year's EARTO Innovation Awards. The award ceremony by the European Association of Research and Technology Transfer Organisations took place today (virtually) in Brussels. The Helmholtz Association is a member of EARTO and has significantly supported the method developed at GEOMAR.

In Europe, more than 20 million people suffer from osteoporosis. It is estimated that this number will further increase due to the expanding population and demographic situation on the continent. That means, 33.9 million people will be diagnosed with osteoporosis in 2025, corresponding to an increase of 23%. Osteoporosis mostly affects the elderly, and among those primarily women, who suffer from chronic skeletal pain and reduced mobility after a bone has fractured, which also often results in psychological distress such as depression, loss of mobility and isolation resulting thereof. It is true that the individual quality of live increases when osteoporosis is diagnosed and treated earlier than it is currently the case. The estimated economic costs, spent for the treatment of osteoporotic fractures, reach many billion euros. For example, in Germany, there are about 100,000 osteoporotic fractures of the femur per year, which cost about 25,000 €/fracture corresponding to  2.5 billion € per year. GEOMAR Helmholtz Centre for Ocean Research Kiel, member of the Helmholtz Association of German Research Centres, has developed a technology that diagnoses osteoporosis years earlier compared to current standards, non-invasively and long before symptoms of the disease appear. The innovation has been officially commercialised by a spin-off company from GEOMAR, the Osteolabs GmbH.

Today, the method developed at GEOMAR receives the 1st prize in the category "Impact delivered" of the innovation prizes awarded by the European Association of Research and Technology Organisations (EARTO). Speakers at the award ceremony, which took place today (virtually) in Brussels, included Mariya Gabriel, European Commissioner for Innovation, Research, Culture, Education and Youth, and Manuel Heitor, Minister of Science, Technology and Higher Education in Portugal.

“We are extremely pleased to receive this award, which shows us that our innovative method is recognized and regarded as very promising even far beyond Schleswig-Holstein”, said Prof. Dr. Anton Eisenhauer from GEOMAR, initiator of the method and scientific chief officer of Osteolabs GmbH.

“Our method is based on an analysis procedure for calcium isotopes, which only requires urine or blood for the examination”, Eisenhauer continued. “This procedure can reliably detect bone loss much earlier than current methods and, in case of illness, also allows to monitor medication and therapy progress, thus ensuring an individualized treatment strategy and optimized medication”, Eisenhauer stated.

Following the spin-off of Osteolabs GmbH from GEOMAR, the marketing of the product has gained momentum. The early detection test is now already used in other European countries. “Our goal is the recognition of our procedure by the public health insurance companies. This would help the medical sector to initiate therapies against this widespread disease in time long before symptoms appear”, says Prof. Eisenhauer. In addition, Eisenhauer also sees the process as a platform technology with the vision to of further develop new diagnostic procedures for metabolical diseases. Furthermore, the geochemist also sees potential to further develop methods for the early detection of distinct chronic diseases.

The annual EARTO Innovation Awards (former Innovation Prize) is a competition open to all members of the European Association of Research and Technology Organisations (EARTO). It rewards an innovation with significant social and/or economic impact produced with a major contribution from an EARTO member. An independent jury evaluates entries and selects the winner or winners. The prize is awarded at a special ceremony in Brussels with wide political and stakeholder participation.

Founded in 1999, EARTO promotes Research and Technology Organisations and represents their interest in Europe. EARTO network counts over 350 RTOs in more than 20 countries. EARTO members represent 150,000 highly-skilled researchers and engineers managing a wide range of innovation infrastructures. The Helmholtz Association of German Research Centres is a member of EARTO.