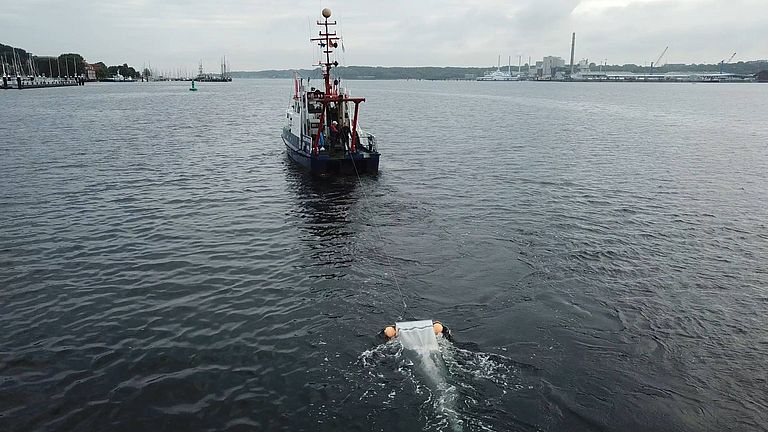 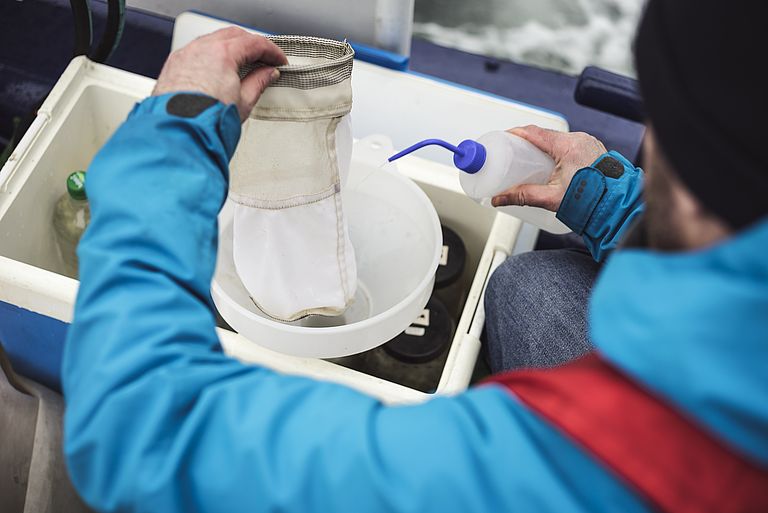 Processing of water samples during the monthly trips on board the POLARFUCHS. Photo: Marvin Schäfer, www.marvinschaefer.com 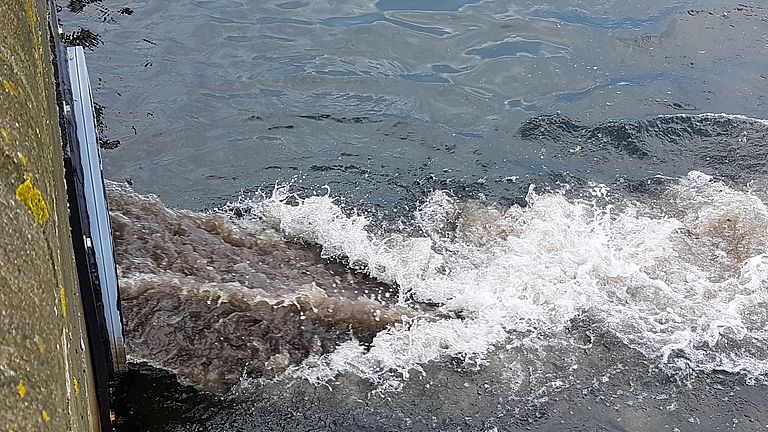 28 May 2020/Kiel. Tatters of shopping bags, lost bottle caps, empty handkerchief packs - the larger plastic garbage immediately catches the eye when lying on the beach or swimming in the harbour. But how much is the Kiel Fjord polluted with millimetre-sized plastics which are hardly visible to the naked eye? Scientists of the GEOMAR Helmholtz Centre for Ocean Research Kiel have been investigating this question for over 13 months. The results have now been published in the journal Science of the Total Environment.

The good news first: the contamination with microplastics in the Kiel Fjord is low compared to coastal waters around cities of similar size worldwide. This is the result of the first year-long study on the abundance and temporal distribution of microplastic particles in the surface water of the Kiel Fjord. At the same time, however, the study also provides indications of still existing sources of pollution and points to an aspect that has hardly been considered so far: New Year's Eve fireworks. The study has now been published in the international journal Science of the Total Environment.

For the study, biologist Dr. Nicolas Ory from the GEOMAR Helmholtz Centre for Ocean Research Kiel, with financial support from the Future Ocean Network at Kiel University, took water samples every month for 13 months at eight precisely defined positions in the Kiel Fjord. "This way, we were not only able to determine the base contamination of the fjord, but also to detect unusually high abundance of microplastics after environmental events, such as heavy rainfall, and ice and snow melt across all seasons," explains Dr Ory.

The sampling locations included the Schwentine River mouth, the entrance to the Kiel Canal and the wastewater treatment plant in Bülk: "We found very low microplastic contamination throughout, especially at the outflow from the wastewater treatment plant. This is certainly due to the plant's efficient filtering system, which can retain particles down to a few dozens of micrometers," explains Dr. Ory.

In contrast, the team identified the urban stormwater drainage system as the potential main source of microplastics in the fjord, where high concentrations of microplastics were found after heavy rainfall and after snow and ice melt. "We discussed this result with the civil engineering office of the City of Kiel, which confirmed that the filters and screens of the rainwater drainage cannot filter particles less than a few centimetres long from the runoffs," says Dr Ory. Innovative technical designs would be required here in order to better control the release of microplastics into the environment and, at the same time, allow the discharge of large amounts of rainwater.

During this study, however, the researchers came across another phenomenon. They observed that many plastic protective caps of firework rockets, which were lying around on the streets after a New Year's Eve, had broken into fragments of a few millimeters in size after only a few days. "This is exactly the size that gets into the sewage system after a rain shower and from there directly into the fjord", emphasises Nicolas Ory, "so private fireworks on New Year's Eve are not only a source of fine dust in the air, but also a source of microplastic in the fjord water".

Dr. Ory's conclusion: "Even though the overall pollution of the Fjord is low compared to other regions of the world, there are certainly ways to further reduce future pollution. The best way is and will always be to use as little plastic as possible and to control its release into the environment. Then it cannot be washed into the sea".

Processing of water samples during the monthly trips on board the POLARFUCHS. Photo: Marvin Schäfer, www.marvinschaefer.com