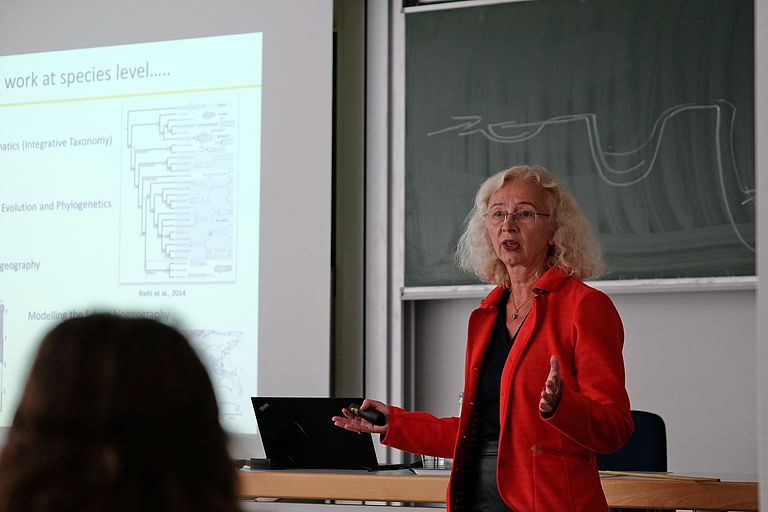 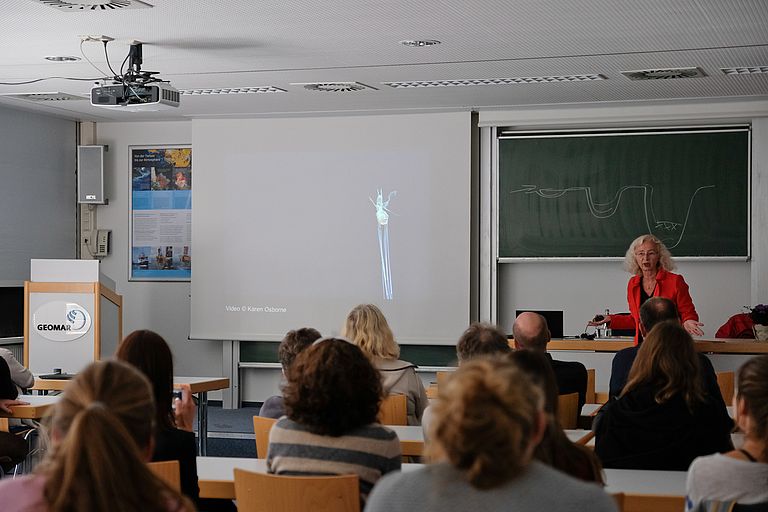 In her lecture, Professor Brandt gives her audience new insights into the largest ecosystem on earth, the deep sea. Photo: Nikolas Linke/GEOMAR 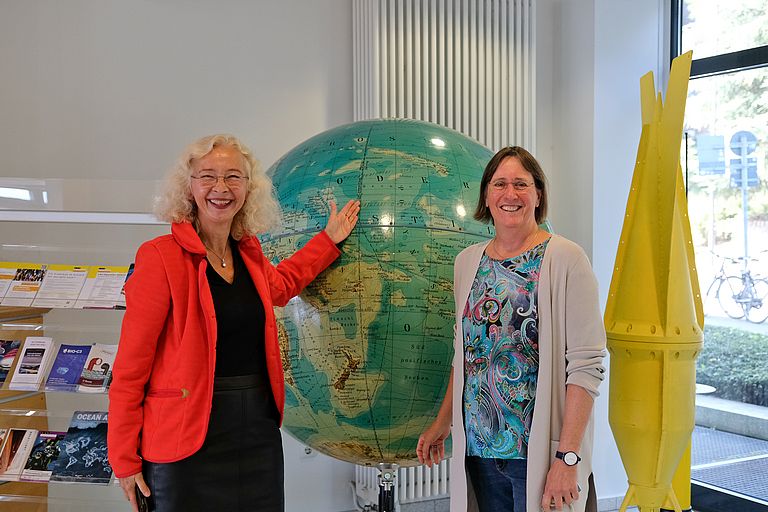 Research in the Largest Ecosystem of the World

02 October 2019/Kiel. With her maps of ocean floors in the 1950s and 1960s, US geologist Marie Tharp (1920-2006) made a major contribution to drawing scientific attention to this previously unknown part of the Earth's surface. In keeping with this, the 30th edition of the lecture series named after her at the GEOMAR Helmholtz  Centre for Ocean Research in Kiel dealt with new findings and the still open questions about the deep-sea ecosystem. After all, this is the largest habitat on our planet. But even today barely 1 percent of it has been scientifically investigated.

Dr. Angelika Brandt, Professor for Marine Zoology at the Senckenberg Research Institute and Natural History Museum, as well as the Goethe University Frankfurt, provided insight into the diversity of selected groups of organisms, their biogeography, special adaptation strategies and geographic regions. The creatures living in the deep sea are adapted to the cold (2-4 ° C), darkness, low food availability, and very high ambient pressure (1100 bar) from living at up to 11,000 m depth.

The deep sea is often described as a monotonous, homogeneous habitat. However, expeditions with research vessels into this unknown habitat have greatly expanded our knowledge. The first expedition for the systematic investigation of the deep sea took place 1872-1876 with the HMS Challenger. A few years later, 1898-1899, the German Valdivia expedition under the direction of the zoologist Carl Chun was completed. Many expeditions followed, including 29 from Dr. Brandt in recent years.

Prof. Dr. Angelika Brandt began her studies at the University of Oldenburg in Germany, obtaining her M. Sc. in biology and education in 1987. While obtaining her PhD in Zoology (1991), also from the University of Oldenburg, Dr. Brandt spent time abroad at the Scripps Institute for Oceanography. She was a postdoctoral researcher at the Institute for Polar Ecology at Kiel University for three years, after which she received a professor position at the University of Hamburg in 1995. She was appointed deputy-director and then director (2003, 2004-2009) of the Zoological Museum of the University of Hamburg, where she curated the Invertebrates II collection. Dr. Brandt is now the head of Marine Zoology of the Senckenberg Gesellschaft für Naturforschung and a professor at the Goethe-University Frankfurt.

Dr. Brandt has published over 250 papers during her career and Time Magazine deemed her 2007 Nature publication 4th of the 10 most important scientific discoveries of the year. Among others, she was awarded the Annette-Barthelt Foundation science prize for her PhD in 1992, became a Fellow of the Linnean Society of London in 2003, and received the National Geographic Society award for Adventurer of the Year 2007. In 2008, Dr. Brandt was awarded the SCAR Medal for excellences in Polar Sciences. She has served on many international panels and boards and has been a founding member of several biodiversity organizations.

The "Marie Tharp Lecture Series (MTLS)" is hosted by the Women's Executive Board (WEB) of GEOMAR. The WEB invites internationally renowned female scientists to present their scientific work in Kiel, with the primary intent to serve as role models for young female scientists.

In her lecture, Professor Brandt gives her audience new insights into the largest ecosystem on earth, the deep sea. Photo: Nikolas Linke/GEOMAR