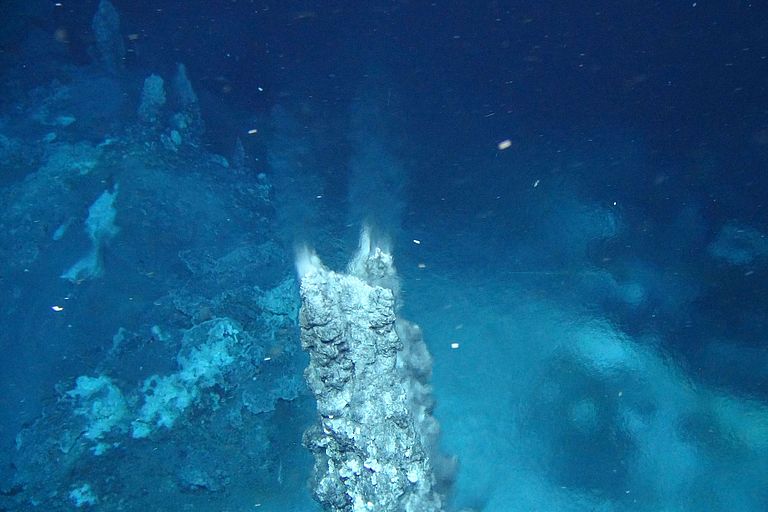 The newly discovered field with hot vents on the Reykjanes Ridge will be named IceAGE vent field after the IceAGE project. Photo: ROV team/GEOMAR 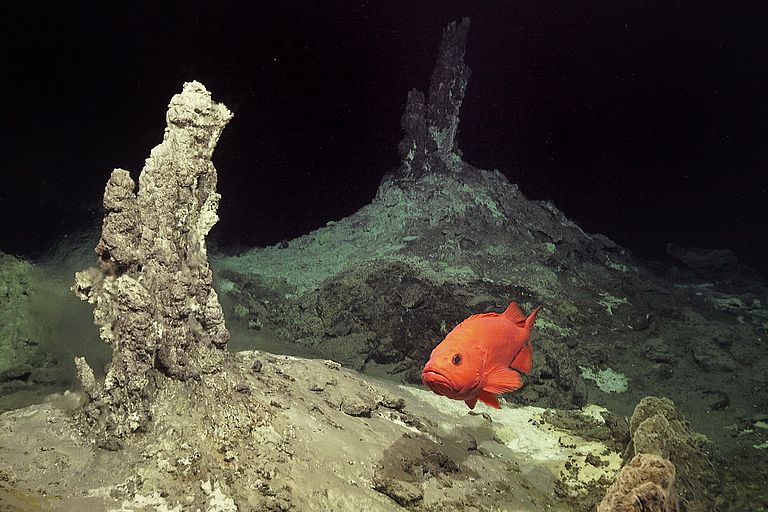 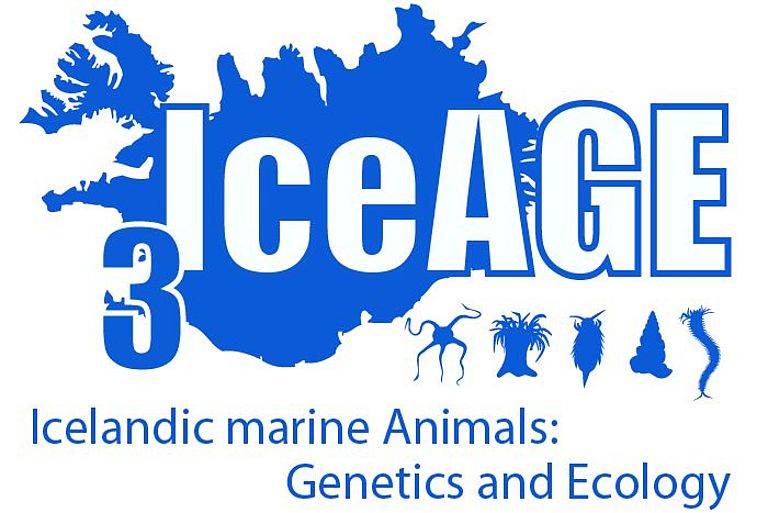 The current Expedition of the RV SONNE is part of the IceAGE project.

IceAGE3 expedition delivers fascinating images of the seafloor off Iceland

20 July 2020/Kiel/Hamburg/Wilhelmshaven. Wide plains in 3000 to 4000 meters water depth, steep mountains, volcanic activity—it is well known that the seafloor around Iceland is very divers. However, there are still gaps in the knowledge about the deep sea of the region. The expedition IceAGE3 aboard the German research vessel SONNE, led by the Senckenberg Society, is currently closing some of these gaps. During the expedition, the remotely operated deep-sea vehicle ROV KIEL 6000 of the GEOMAR Helmholtz Centre for Ocean Research Kiel has now delivered the first images of previously unknown hot vents on the Reykjanes Ridge.

41 years ago, US scientists first saw natural hot vents on the seafloor which released swaths of hot fluids into the sea water. Due to these liquids being often very dark at depths of 1000 metres and deeper, the hot springs were nicknamed ‘black smokers’. Scientifically they are called hydrothermal systems and in the meantime ‘white’ and ‘clear’ smokers are also known - depending on the composition of the ascending fluid. To date, however, only a small fraction of all hydrothermal vents at the sea floor is known.

An expedition of the international IceAGE project (IceAGE - Icelandic marine Animals – Genetics and Ecology) with the German research vessel SONNE, led by the Senckenberg Society, has now added a new discovery to the list of known hydrothermal systems. Last week, the deep-sea robot ROV KIEL 6000 of the GEOMAR Helmholtz Centre for Ocean Research Kiel, which was deployed on the expedition, filmed for the first time a group of previously unknown ‘clear smokers’ southwest of Iceland. ‘We had indications from previous voyages that hydrothermal systems on the seafloor occur here. But when the vents appeared in the ROV's headlights and its cameras transmitted the first images on board, it was indeed a special moment,’ says chief scientist Dr. Saskia Brix from Senckenberg.

The newly discovered hydrothermal system is located in about 650 meters water depth on the so-called Reykjanes Ridge. This is a submarine mountain range that extends from Iceland some 1500 kilometres to the southwest. It is—just like Iceland itself—part of the Mid-Atlantic Ridge, which marks the border between the American and European plates in the North Atlantic.

Active hydrothermal systems typically occur at plate boundaries. There the sea floor is still young and porous. Seawater can seep deep into the rock. If it meets magma, it is heated up and rises again. The rising liquids wash out many minerals from the surrounding rock. When the water emerges from the sea floor and comes into contact with cold seawater (3-4°C), the minerals precipitate. ‘This is how the clouds are formed, which gave the smokers their name’, explains geologist Dr. Friedrich Abegg, head of the GEOMAR-ROV team.

Owing to the mineral deposits around the vents, extinct hydrothermal systems are being discussed as possible sources of raw materials. However, the current expedition is mainly interested in the active systems. In the eternal darkness of the deep sea they form the basis for extremely diverse ecosystems. ‘At the hydrothermal vents, life is virtually raging and there are theories that similar systems could even have been the origin of life on earth,’ explains Dr. Brix.

The new discovery is based on earlier investigations in the area, during which, evidence of the occurrence of hot vents had already been found in 2018 by the autonomous underwater vehicle AUV ABYSS of the GEOMAR during a cruise with the RV MARIA S. MERIAN. ‘Nevertheless, it was a great stroke of luck that we immediately landed at the right point during the first dive of the ROV KIEL 6000’, Dr. Abegg emphasises. The hot vents should now be given the name ‘IceAGE vent field’ after the project.

The overall goal of the current IceAGE3 expedition is to investigate various marine habitats around Iceland. After leaving Emden on 22nd June, the team first headed for the Norwegian basin north of Iceland with the SONNE. Using the ROV KIEL 6000, and various other instruments, the researchers observed and sampled ecosystems there at water depths between 800 and 4000 meters. A further station so far has been among others the Faroe Islands-Iceland Ridge with the cold-water coral reef ‘Lóndsjúp’.

Since fewer people than usual can take part in the expedition due to the COVID-19 pandemic, the team on board cooperates closely via telepresence with colleagues on land, including scientists from the Icelandic Marine Research and Fishery Institute (MFRI) in Reykjavik and the EU iAtlantic project. A side effect: The dives of the ROV KIEL 6000 are streamed live on the Internet. ‘Who knows, maybe some interested people even followed our discovery live on Sunday and they didn't even notice what special things they saw’, says Dr. Brix with a smile.

The RV SONNE will return to Emden on 26 July.

The newly discovered field with hot vents on the Reykjanes Ridge will be named IceAGE vent field after the IceAGE project. Photo: ROV team/GEOMAR

The current Expedition of the RV SONNE is part of the IceAGE project.