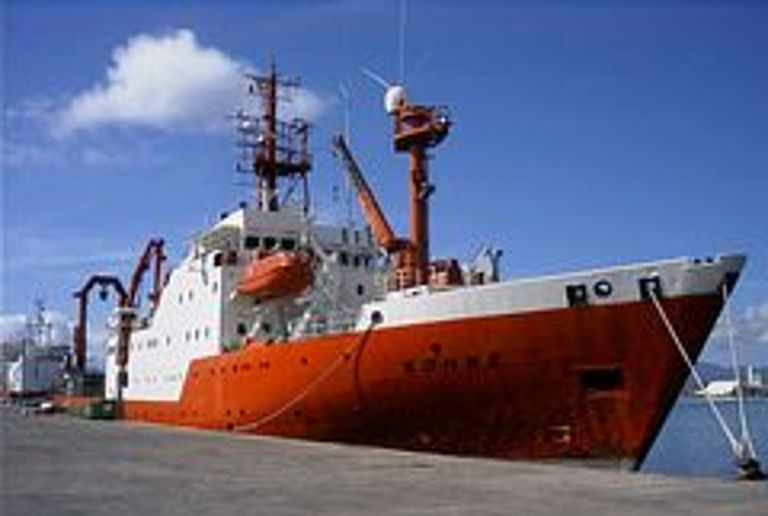 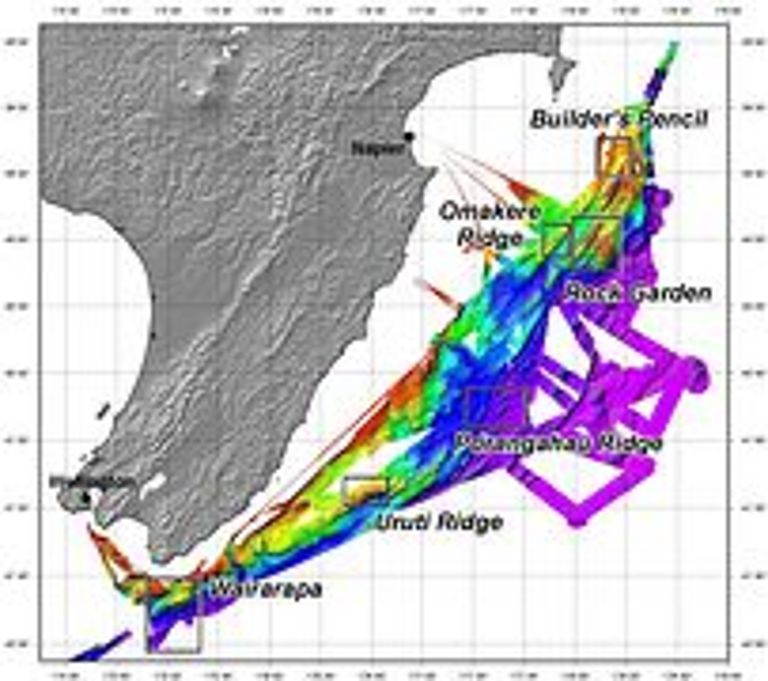 Working area of cruise SO214

March 8, 2011/Kiel, Wellington. From the beginning of March to the end of April 2011, geophysicists of the Leibniz Institute of Marine Sciences (IFM-GEOMAR) in Kiel (Germany) will study cold seeps in the deep sea off the coast of New Zealand’s North Island. More knowledge about these natural methane gas vents will help in understanding processes in the sea floor, potential resources, and above all interrelations between gas hydrates and the risk of natural disasters, such as submarine slides.

The sea floor off the coast of New Zealand’s North Island is different where at many places gas bubbles are observed rising from the sediments. Many cold seeps that are sources of methane are found at the continental slope, which angles down almost directly from the coastal waters to a depth of 3000 metres. This is not surprising, as there are large deposits of gas hydrates below the sea floor. The difference here is that cold seeps are observed only at a few of the continental slopes with gas hydrates. Additionally, the cold seeps at the Hikurangi Margin, a deep sea trench off the east coast of New Zealand, demonstrate a wide variety of appearances and behaviour. „We want to better understand these variabilities, because they can tell us how and why methane vents evolve at the sea floor“, says Dr Jörg Bialas of the Leibniz Institute of Marine Sciences (IFM-GEOMAR) in Kiel, Germany. He is the chief scientist of an expedition with the German research vessel SONNE at the Hikurangi Margin from the beginning of March to the end of April 2011.

During this cruise the scientists on board R/V SONNE will study the sea floor and its cold seeps with geochemical and geophysical methods. Among them are state-of-the-art technologies to generate three dimensional images of the interior of the seafloor. „We already know about these seeps from earlier expeditions in 2007“, says Dr Bialas, “Previous knowledge about their variations will be augmented by using dense nets of sensors and measurements.” In addition to the short-term measurements during the cruise, comparison with earlier cruises will provide additional information to study long-term variations.
The Hikurangi Margin is a zone of tectonic activity, where the Pacific Plate slides under the Australian Plate. “That’s another reason for us to have a closer look at the cold seeps here, because we wonder if there are correlations between the tectonic activity and the variety of the cold seeps”, explains Dr Bialas. “The seeps will provide us with evidence about the structure of the sediment layers and the processes going on within them. This will also allow us to draw conclusions about the risk of natural disasters like submarine slides”.

In addition to the scientists from Kiel, partners from the Federal Institute for Geosciences and Natural Resources (BGR), from the NIOZ (Texel, Netherlands) and the GNS (Lower Hutt, New Zealand) are participating in this fundamental research project, which is funded by the German Ministry for Education and Research.

Working area of cruise SO214