Screenshot of the GoJelly App. 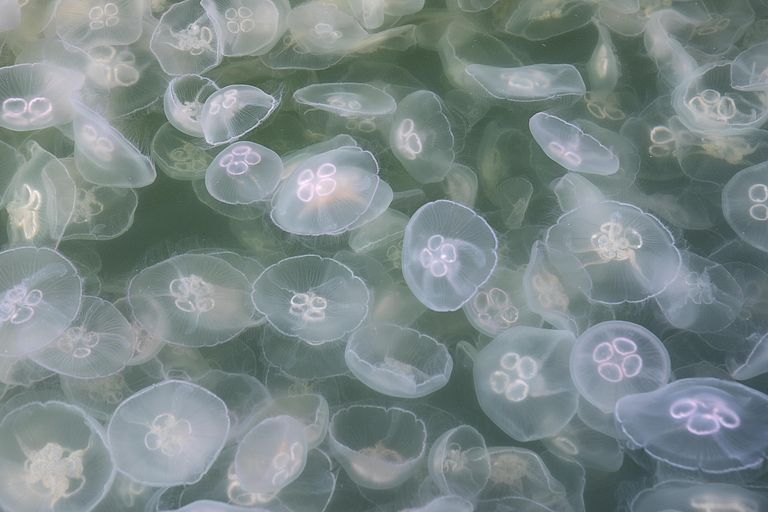 13 November 2020/Odense, Kiel. The season for jellyfish in the North and Baltic Seas is coming to an end. Large shoals are no longer to be expected in autumn and winter. In retrospect, however, summer 2020 was extremely good for several jellyfish species in Northern Europe. Factors such as a warm spring have contributed to this evolution. But it is still difficult to predict exactly where jellyfish blooms will occur and when. Many questions about the living conditions of plankton animals are still unanswered - even as simple as: Where are there jellyfish and how many are there? In order to obtain more information on these questions, marine researchers are now asking citizens, especially from the Baltic Sea region, for support.

The researchers have developed the “Jelly Spotter app” as part of the EU-funded GoJelly project. Anyone discovering jellyfish while diving, walking on the beach, sailing or paddling can easily identify them with the app and automatically make the find available to researchers.

"The living conditions of jellyfish populations have not been in the spotlight of research so far," says Professor Jamileh Javidpour, GoJelly project manager at the University of Southern Denmark in Odense. "In recent years, however, they have become more in the spotlight. For example, it has been shown that jellyfish mucus can effectively trap nanoparticles or microplastics or can serve as food for animals and humans".

At the same time, there is evidence that jellyfish blooms are increasing due to a combination of overfishing and global warming. Jellyfish are plankton, which means that their mobility depends mainly on ocean currents and wind conditions. There can be considerable variations from year to year and from region to region in the number and species of jellyfish.

"We need to gain more knowledge about how they move so that we can better calculate when and where the large and potentially harmful blooms occur, so that e.g. power plants, fishermen and bathers can be warned," says Javidpour, who is also a guest researcher at GEOMAR Helmholtz Centre for Ocean Research Kiel. The data obtained with the Jelly Spotter app can help here.

The first version, which is now available for free, is for iOS operating systems. A version for Android or PC users will follow.

As soon as the app is downloaded, it will contain photos of the most common jellyfish in the Baltic Sea, so that the species can be easily identified. Those who are not sure can also upload their own jellyfish photo, which experts from the project will identify later. "This way, every beach or boat trip can become a small research expedition," says Professor Javidpour.

The app can be downloaded from the Appstore and here:

Screenshot of the GoJelly App.