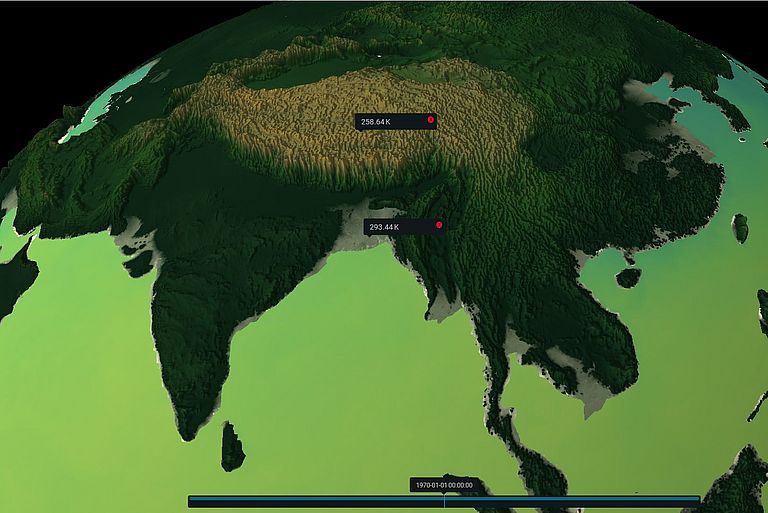 A screenshot from the Digital Earth Viewer. Simulation and measurement data can be explored and compared geographically and temporally interactively. Image: Digital Earth 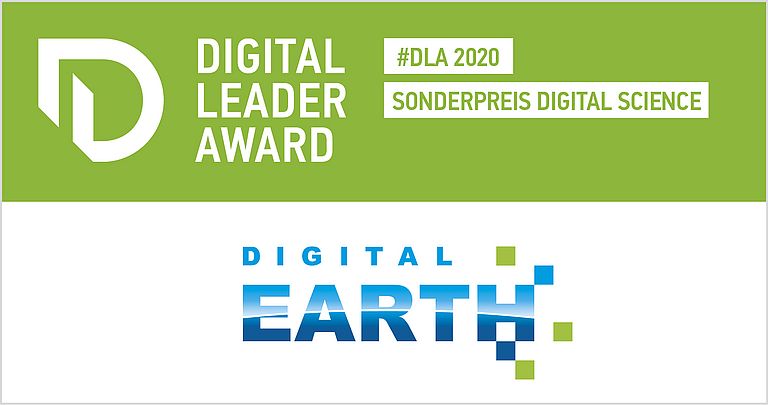 Special Award for ‘Digital Earth’ at the ‘Digital Leader Awards’

11 September 2020/Kiel. Last night, the Helmholtz project ‘Digital Earth’ for Integrated Earth Science Research was awarded a special first time prize for ‘Digital Science’ at the ‘Digital Leader Awards’ in the category ‘Society’. The companies NTT and IDG Business Media, together with other business partners, awarded prizes across all kinds of sectors to projects and teams that drive the digital transformation. The finalists in 2020 included corporations such as Infineon, BMW and the Ergo Group, as well as public authorities such as the Federal Employment Agency. However, the Helmholtz project is the first winner from publicly funded research.

‘Digital Earth’, which launched in May 2018, is part of a broad strategy of the Helmholtz Association in the ‘Earth and Environment’ research field.  It aims to integrate the eight centres more closely in terms of infrastructure, data technology and data-driven science.  Scientists collect atmospheric, marine and terrestrial data using sensors in the field and satellites in space, which is analysed in laboratories and modelled on high performance computers.  However, integrating the large and particularly heterogeneous data from many different sources is difficult and needs a new approach to scientific working. ‘We are developing new methods to merge data from atmospheric, marine and terrestrial research and analyse them jointly in an efficient way across Earth compartments and natural science disciplines,’ says Professor Greinert, describing the project's goals.

The researchers in ‘Digital Earth’ are not only using new data science methods, such as machine learning and analysis workflows, but they are also improving them. ‘Close and integrated cooperation between natural and data scientists is necessary to better understand the complex processes in the Earth system and to be able to provide answers to the challenges of climate change, resource security and increasing environmental hazards,’ emphasises Professor Greinert.

The jury of the ‘Digital Leader Award’ also highlighted the great importance of digital sciences for the continued development of the Earth Sciences, even if one cannot yet measure results in terms of numbers or profits, as is the case with other award winners.

‘So many young scientists work in Digital Earth. The award is a great confirmation and motivation especially for them,’ emphasises project manager Dr. Daniela Henkel from GEOMAR, ‘it shows that our efforts are also noticed and appreciated outside the scientific community’.

The GEOMAR Helmholtz Centre for Ocean Research Kiel is the overall coordinator of the ‘Digital Earth’ project. In addition, data scientists are working on data visualisation tools such as the 4D Data Viewer, on the balancing of greenhouse gases in the ocean with the aim of improving data-driven sampling / installation of monitoring stations or the detection of ammunition bodies in bathymetric / magnetic data sets using Deep Neural Networks.

A screenshot from the Digital Earth Viewer. Simulation and measurement data can be explored and compared geographically and temporally interactively. Image: Digital Earth