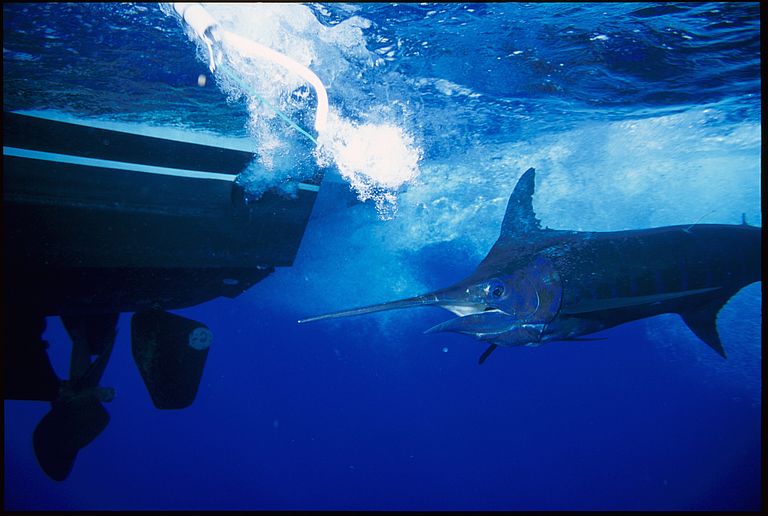 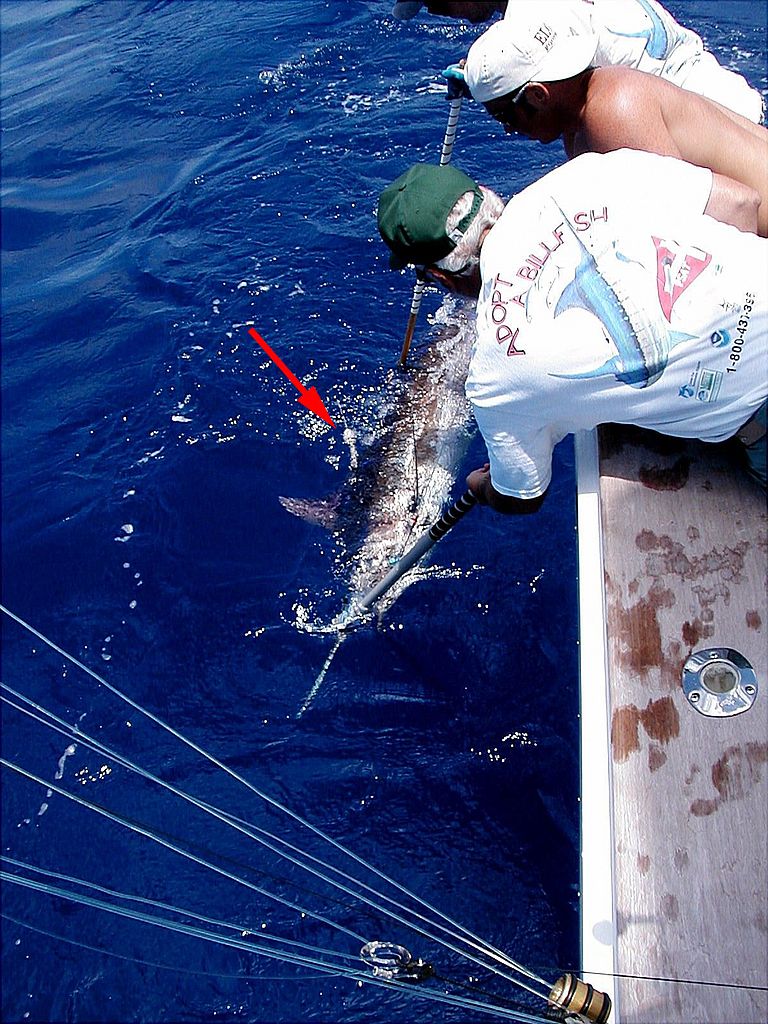 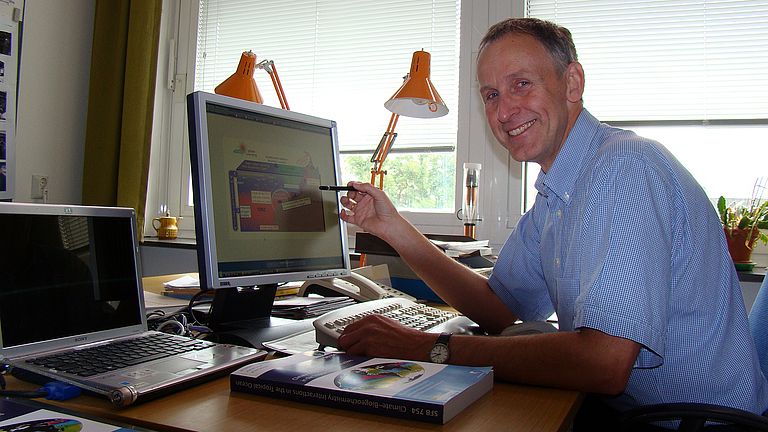 Sprinters of the high seas run out of breath

02.12.2011/Kiel/Halifax. Zones of open ocean waters containing little or no oxygen are growing. Scientists from the GEOMAR | Helmholtz Centre for Ocean Research Kiel in cooperation with colleagues from the USA, Great Britain and Canada, have now shown that this reduction in oxygen content is limiting the habitat of large high sea fish such as marlin and tuna with important implications for high-seas fisheries. The study is published in the current issue of the international research journal “Nature Climate Change“.

The blue marlin is not only one of the biggest, but with a top speed of 80 kilometers per hour it is also one of the fastest fish in the Ocean. In common with other “high performance” fish, the marlin depends on a generous supply of oxygen. But the highly uneven distribution of oxygen within the ocean restricts the habitat of these fish. “Measurements show that regions of the ocean with little or no oxygen have become larger in recent years”, Dr. Lothar Stramma from the GEOMAR | Helmholtz Centre for Ocean Research Kiel (until 31 Dec 2011: Leibniz Institute of Marine Sciences Kiel IFM-GEOMAR) says. In cooperation with Dr. Eric Prince from the National Marine Fisheries Service in Miami (USA) and Dr. Sunke Schmidtko from the Pacific Marine Environmental Laboratory in Seattle (USA) he used observations of oxygen concentrations and the behavior of marlin to examine if regions where these high performance fish can live have really become smaller. The results, published in the current issue of the international journal “Nature Climate Change“, are disturbing. “The habitat for blue marlin in the eastern tropical Atlantic has shrunk by 15 percent between 1960 and 2010”, says Dr. Stramma.

At the eastern edges of all tropical Oceans, zones of reduced oxygen content exist underneath a shallow near-surface layer. These zones are called oxygen minimum zones (OMZ). Due to the CO2-increase in the atmosphere and associated warming, scientists have predicted a general decrease of oxygen within the ocean. This is partly because warmer water cannot absorb as much oxygen. However an additional, important contributor can be that the descent of oxygen-rich waters from the surface into the ocean interior is slowing down.

“From measurements and model calculations in the tropical Atlantic we know the extent of the oxygen minimum zones. Furthermore we are aware of the critical oxygen concentration that high sea fish need for survival. From this we can calculate the size of their habitat in the Atlantic Ocean”, Dr. Stramma explains. To test these ideas, scientists equipped 47 blue marlins with sensors to observe their diving behavior. The data from the sensors supported the scientists’ assumptions. “The Marlins’ dives were restricted to the predicted water layers. These layers are becoming compressed as the oxygen minimum zones expand towards the surface”, Dr. Stramma explains. An expansion of zones with low oxygen content restricts the available habitat for the marlin. A consequence is that stocks of marlin and similar species are at higher risk from near-surface fishing methods.

The habitat loss could have a pervasive influence on the ocean ecosystem and on the offshore fishery of, for example, tuna and swordfish. Higher catch rates in areas of compressed habitat might lead to over-optimistic estimation of fish populations, unless the underlying causes are understood. “The phenomenon of oxygen-related habitat compression needs to be considered by fishery management organizations”, concludes the oceanographer from Kiel.

The data are an important intermediate result of research by the Collaborative Research Centre SFB 754 in Kiel, Germany which addresses "Climate-Biogeochemistry Interactions in the Tropical Ocean". The Research Center aims to better understand the climate, chemistry, physics and biology of the tropical Ocean’s low-oxygen waters. Until July of this year, the Research Centre was led by co-author Professor Douglas Wallace who recently took up a Canada Excellence Research Chair at Dalhousie University in Halifax, Canada. According to Professor Wallace: “the study is another demonstration of how changes within the ocean and human uses of the ocean are intertwined… but often in surprising ways“. He notes: “our knowledge of what’s happening within the ocean needs to keep ahead of the very rapidly growing commercial exploitation of its resources”.

Additional Information:
The Collaborative Research Centre SFB 754 addressing "Climate-Biogeochemistry Interactions in the Tropical Ocean" was funded by the German Research Foundation (DFG) in 2008 at the Christian-Albrechts University Kiel and at the Leibniz Institute of Marine Sciences (IFM-GEOMAR). In November 2011 the DFG decided to finance a second phase until 2015. The project focuses on reactions of tropical oxygen minimum zones to changes in ocean circulation and ventilation, on the feedback of sinks and sources of nutrients when the oxygen content is changing as well as on the magnitudes and time scales of past, present and likely future variations in oceanic oxygen and nutrient levels.