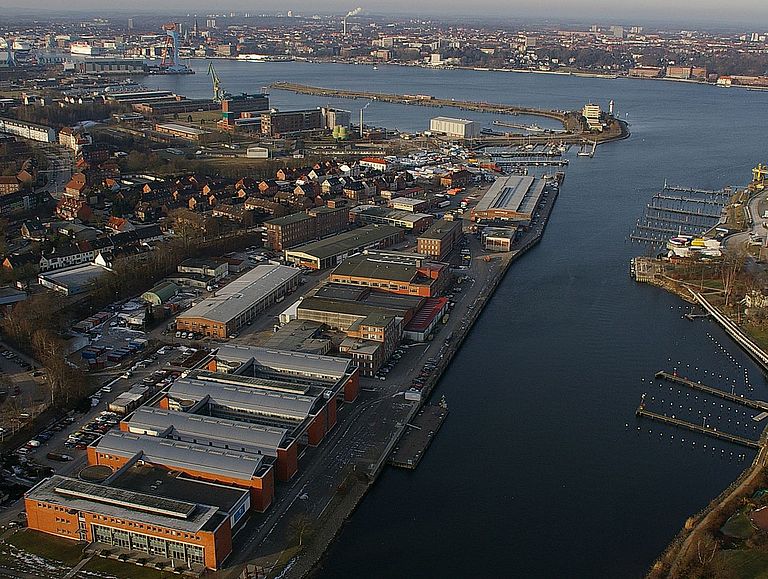 The building of the IFM-GEOMAR at the Kiel Fjord. picture: S. Kiesche

10.09.2009/Kiel. By a clear margin the Leibniz Institute of Marine Sciences (IFM-GEOMAR) in Kiel is placed first in terms of funding provided by the German Research Foundation (DFG) amongst 150 non-university research institutions in Germany. Over the period 2005-2007, IFM-GEOMAR received DFG research funds to the amount of 33.2 million Euros. According to the ranking published by the DFG today, IFM-GEOMAR received more than twice as much as the institutions ranked on the following positions. For the second time in a row, IFM-GEOMAR holds the top position in the ranking of DFG funding for non-university institutions.

Scientists at the Leibniz Institute of Marine Sciences (IFM-GEOMAR) in Kiel are very pleased about the results of the fifth report on research funding published on September 10 by the German Research Foundation (DFG). Amongst 150 non-university research institutions, IFM-GEOMAR received by far the largest amount of research funds from the DFG during the period of 2005-2007.

According to the ranking, IFM-GEOMAR received more than 33.2 million Euros of DFG funds during this period, followed by the Max Delbrück Centre for Molecular Medicine and the German Cancer Research Center, each with about 16 million Euros. „I was sure that we would be under the top ten“, said Professor Peter Herzig, Director of IFM-GEOMAR. „Nevertheless, I was surprised by this outstanding result“, Herzig continued. The institute is significantly involved in two Collaborative Research Centres and the Excellence Cluster “The Future Ocean” funded by DFG. In addition, IFM-GEOMAR receives funding for two DFG Priority Programmes, the Emmy-Noether Programme and a large number of individual grants of the DFG.

“DFG research funds are a very important pillar for our project funding”, Herzig explains. “Nevertheless, there is no doubt in the scientific community that DFG funding is also hard-earned money.” In addition, IFM-GEOMAR receives funding by the German Research Ministry, the EU as well as industry. Last year, the project funding of IFM-GEOMAR amounted to 30 million Euros and, for the first time, exceeded the institutional funding of 28 million Euros provided by the Government. “The year 2008 was not even part of the ranking, thus, we are optimistic that we will be able to keep up the current level during the next years. Our recipe for success is a highly motivated team of meanwhile more than 700 employees. We have achieved quite a lot in the field of marine sciences in recent years”, Herzig says, “and there is some more to come”.

The building of the IFM-GEOMAR at the Kiel Fjord. picture: S. Kiesche