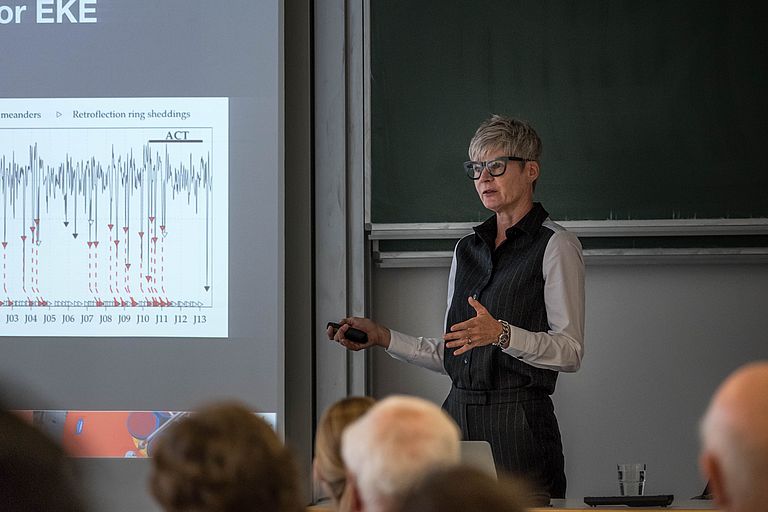 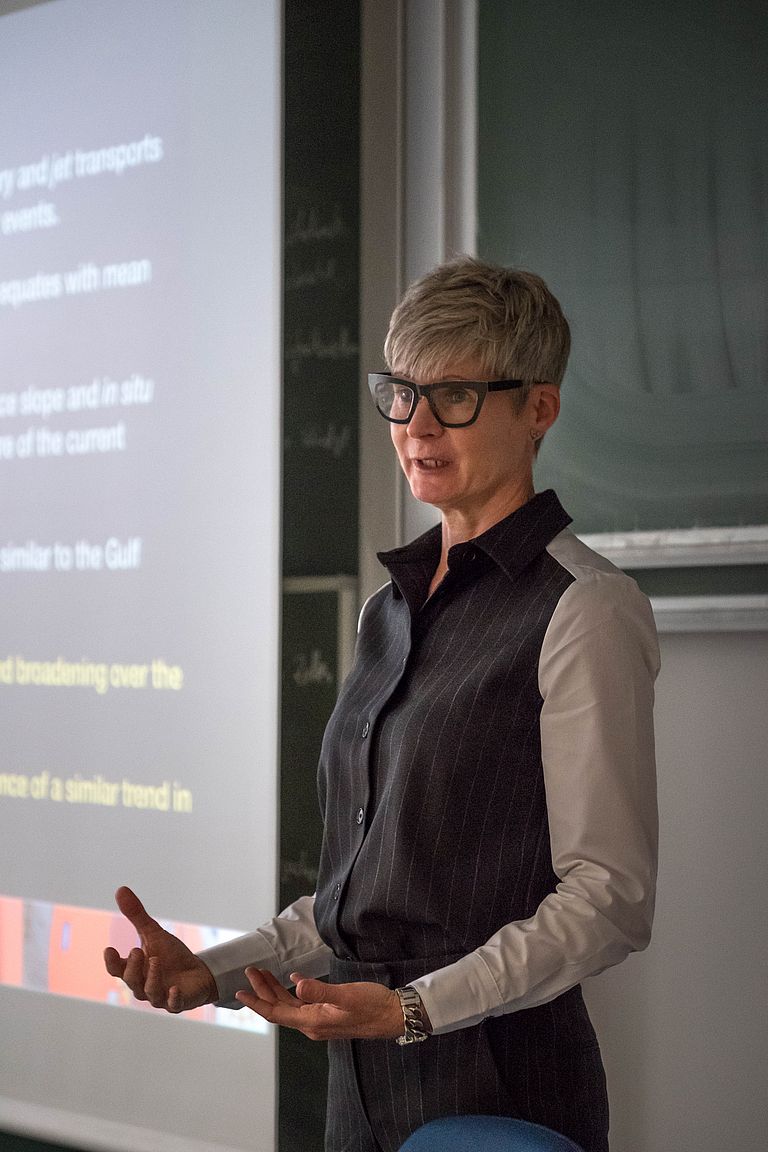 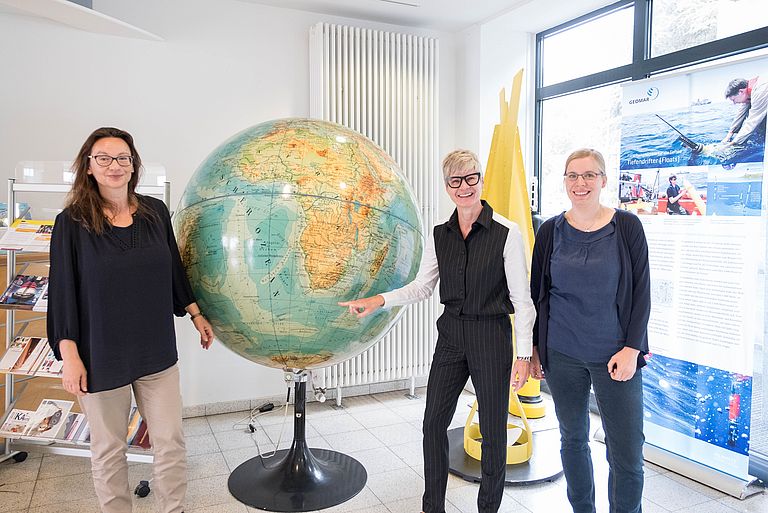 03.09.2019/Kiel.Western boundary currents, such as the Gulf Stream, transport large quantities of heat to higher latitudes and, thus, strongly influence climate and weather events. Will these current systems tend to weaken or intensify under the influence of global climate change? What do climate model simulations expect? And which conclusions can already be drawn from direct observations?

During the 29th Marie Tharpe Lecture at GEOMAR, Prof. Dr. Lisa Beal from the University of Miami used the Agulhas Current in the Indian Ocean as an example to show that the poleward shift and increased velocities of wind systems associated with climate change are not necessarily accompanied by an increase in boundary current flow. She emphasized the need for a sustainable observation system in order to analyze in detail the change of current systems and their role in the climate system.

In her research, Prof. Beal deals with large-scale ocean circulation and, in particular, with the Agulhas current system. As an observational oceanographer, she undertakes numerous research cruises in the Atlantic and Indian Oceans and works in various international committees on observation systems. She is strongly committed to advancing women in oceanography and oceanography in southern Africa.

The "Marie Tharp Lecture Series" is hosted by the Women's Executive Board (WEB) of GEOMAR. The WEB invites internationally renowned female scientists to present their scientific work in Kiel in order to serve as role models to the next generation. After the lecture of Prof. Beal a get-together took place for interested scientists, at which everyone could exchange ideas with the renowned speaker and discuss possible career paths.