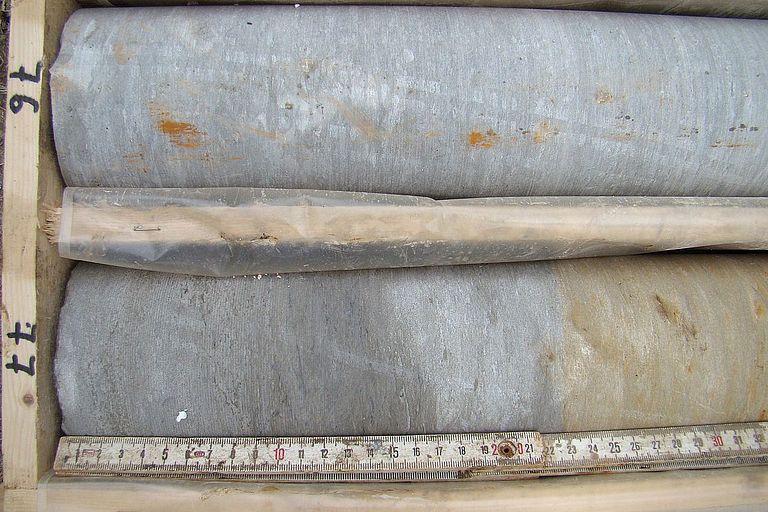 The dark layers (bottom left und and at the top) of the sediment core in 61 metres depths document that 119 million years ago the world ocean contained very little or no oxygen. Photo: Sascha Flögel, IFM-GEOMAR 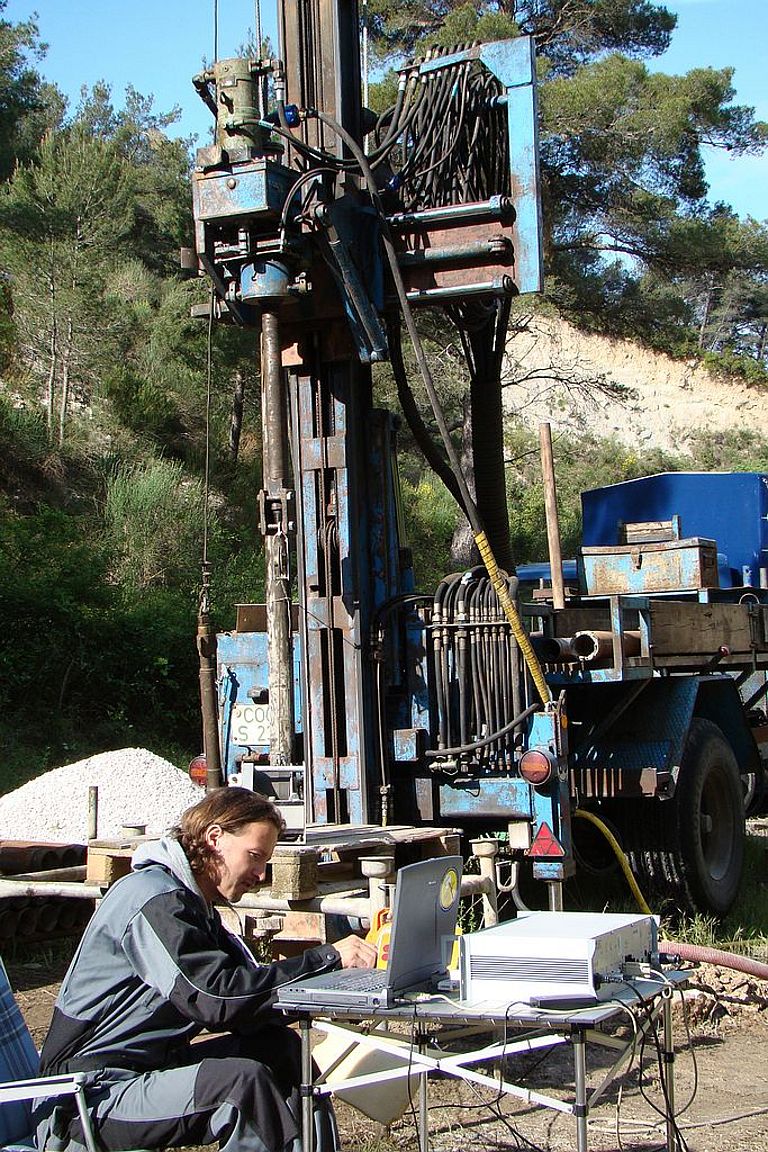 When the ocean is suffocating

10.09.2009/southern France, Kiel/Germany. 119 million years ago large portions of the world ocean were close to suffocation. The reason: acute lack of oxygen. This is documented by geological findings around the world, for example in Italy, Japan, North America and in the Pacific. The exact timing and the causes of this so-called oceanic anoxic event (OAE) however, are not known yet: How fast did it happen, and why? How much time did the ocean system need to recover? This is what geologists of the Institute of Geosciences at the Christian-Albrechts-Universität zu Kiel (CAU) and the Leibniz Institute of Marine Sciences (IFM-GEOMAR) want to find out with the help of high quality sediment cores from southern France. The obtained data could also be relevant for future climate scenarios.

180 metres long, 11 centimetres thick and most of it coloured light grey to whitish: This is how the sediment cores look like that researchers among Prof. Dr. Wolfgang Kuhnt (CAU) and Dr. Sascha Flögel (IFM-GEOMAR) recently drilled in La Bédoule/southern France. The material consists of former ocean floor – millions of years ago the Cretaceous ocean Tethys stretched across the drill site. In 61 metres depths the colour of the sediment layers starts to be different. This confirms the assumptions of the geologists and their French colleagues from the Aix-Marseille Université: “The dark colour hints at a lower proportion of carbonate material and at a higher concentration of clay and organic material”, says Prof. Kuhnt. “Such sediments develop when the water column contains very little or no oxygen at all over the period of several hundred thousand years”, continues Prof. Kuhnt.

OAE evidence usually turns up in geological outcrops, for example in quarries. But then, scientists have to deal with single weather-beaten sediment samples which sometimes can hardly be used for high precision chemical analyses.

„Our sediment cores are of high quality because they are fresh, in one piece, and not altered“, says Dr. Flögel cheerfully. In the sediment laboratories of IFM-GEOMAR and CAU the cores are now analyzed geophysically. “We are searching for chemical and physical forcings that might have caused the change in ocean ventilation”, says Dr. Flögel. They are cut into two halves and examined carefully, one millimetre after another. “We hope that the material is even good enough to reconstruct the carbon dioxide level in the atmosphere before, during and after the OAE”, he goes on. These data also help to make projections for our future climate. “We are interested in threshold values of atmospheric carbon dioxide that could hint at possible future OAEs“, so Dr. Flögel.

The next search for sediment cores starts in November. But then, the scientists’ destination is Morocco.

The research on OAEs is part of the Collaborative Research Centre SFB 754 “Climate – Biogeochemistry Interactions in the Tropical Ocean” that is funded by the German Research Foundation and started its first phase in January 2008 in close cooperation between the IFM-GEOMAR and the Christian-Albrechts-Universität zu Kiel. The SFB 754 aims to better define the interactions between climate and biogeochemistry on a quantitative basis.

When the world oceans become completely depleted of oxygen below the surface levels, oceanic anoxic events (OAEs) occur. So far, hints at four large OAEs have been detected. OAE1A (119 million years ago) and OAE2 (93 million years ago) belong to the stronger events. Causes and effects of OAEs are still unclear.

The dark layers (bottom left und and at the top) of the sediment core in 61 metres depths document that 119 million years ago the world ocean contained very little or no oxygen. Photo: Sascha Flögel, IFM-GEOMAR