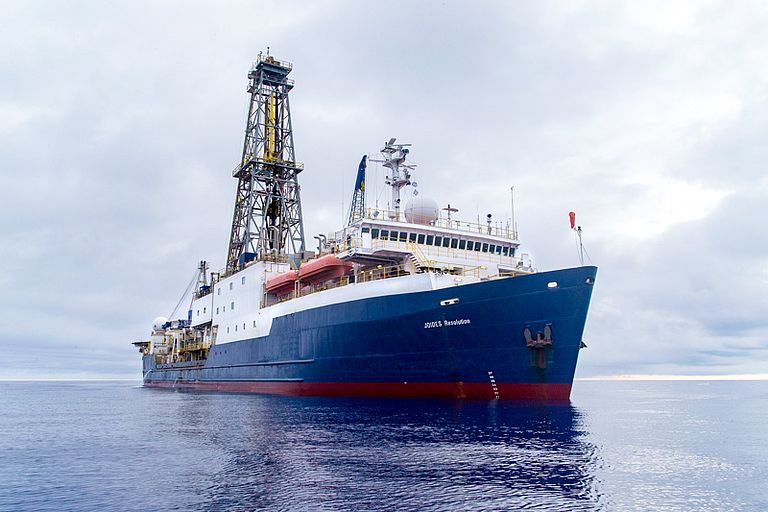 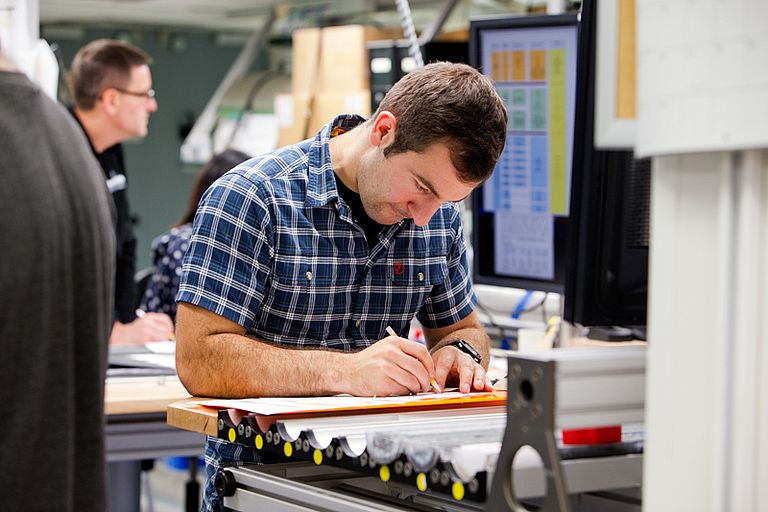 Dr. Philipp Brandl was working in 2014 on the petrological description of one of the basaltic rock cores aboard the DV JOIDES Resolution. Foto: Bill Crawford/IODP. 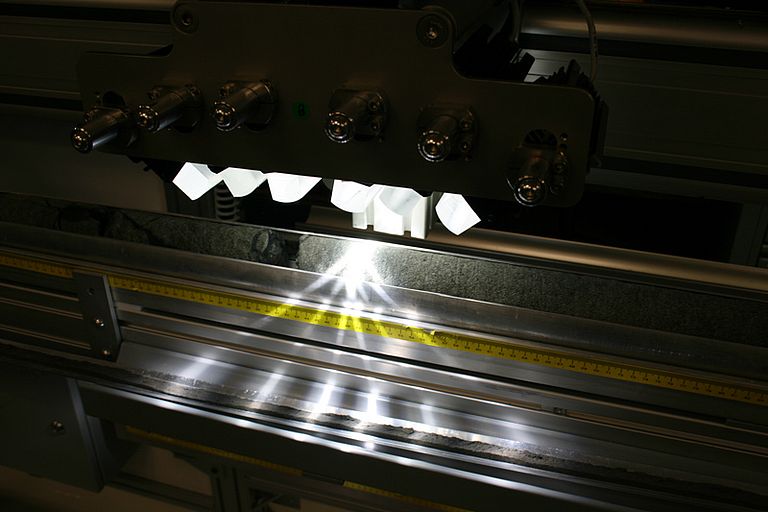 A basaltic rock core of IODP Expedition 351 is being imaged using the core scanner in the floating laboratory of the DV JOIDES Resolution. Foto: P. Brandl/GEOMAR

19 March 2021/Kiel. South of Japan, the Izu-Bonin and Mariana islands form a more than 2,500 km-long chain across the western Pacific. They are the product of tremendous tectonic forces that affect the whole region and are responsible for a deep trench at the seafloor east of the islands. This deep sea trench is probably more popular than the islands themselves because it hosts with almost 11,000 m depth below sea level the deepest point of the solid Earth.

An international group of geoscientists under participation of the GEOMAR Helmholtz Centre for Ocean Research Kiel was now able to prove a yet unknown type of oceanic basalts in samples from the region. They record in a unique way the start io a new subduction zone, along which one tectonic plate subsides into the Earth’s mantle where it will be recycled. “With these new findings we hopefully will be able to trace this process further back in the Earth’s history”, says Dr. Philipp Brandl of GEOMAR. He is one of the co-authors of the study, that is published today in the international science journal Nature Communications.

The results are based on Expedition 351 of the International Ocean Discovery Program (IODP) with the scientific drilling vessel JOIDES Resolution into the region west of the Izu-Bonin islands in 2014. The expedition successfully drilled more than 1.6 km-long into the seafloor and despite several typhoons the team was experiencing during their eight weeks long journey. “A huge effort by the drilling crew if you consider the more than 4,700 m of water between the ship and the seafloor”, says Dr. Brandl.

The geographic position of the drill site, the age, and chemical composition of the cored ocean crust proof that in the Eocene, about 50 million years ago, a more than 300 km wide piece of oceanic crust must have been formed within 3 million years only. “Obviously, the plate motions in the Pacific region must have changed at this time at a large scale. As a result, the plate broke apart along a pre-existing fault zone west of what are now the Izu-Bonin islands. The eastern part started to sink back down into the Earth’s interior. Hot mantle ascended to fill this gap and produced magma das crystallized above the sinking plate to form new oceanic crust”, explains Dr. Brandl the complex process.

The authors of the new study under the lead of Dr. He Li of the Chinese Academy of Sciences could now proof that the processes during the formation of this new crust are different from what has been known so far. The rocks are for example geochemically distinct from mid-ocean ridges and the so-called backarc basins along which most of the oceanic crust is forming.

Another uniqueness is the rapid and direct ascent of the melts from 20-60 km depth in the Earth’s mantle to the surface. “Magma also ascends along mic-ocean ridges. However, there, the magma stagnates for longer periods of time in magma chambers before it extrudes at the seafloor as lava. In our samples, we found evidence for a very rapid ascend that allowed to preserve the chemical traces of the Earth’s mantle in the cooled rocks”, explains Dr. Brandl further.

These unique basalts from west of the Izu-Bonin islands are thus like a geological fingerprint for rocks that indicate the initiation of a new subduction zone. “This is an important step for the reconstruction of plate tectonics throughout the Earth’s history”.

Dr. Philipp Brandl was working in 2014 on the petrological description of one of the basaltic rock cores aboard the DV JOIDES Resolution. Foto: Bill Crawford/IODP.

A basaltic rock core of IODP Expedition 351 is being imaged using the core scanner in the floating laboratory of the DV JOIDES Resolution. Foto: P. Brandl/GEOMAR