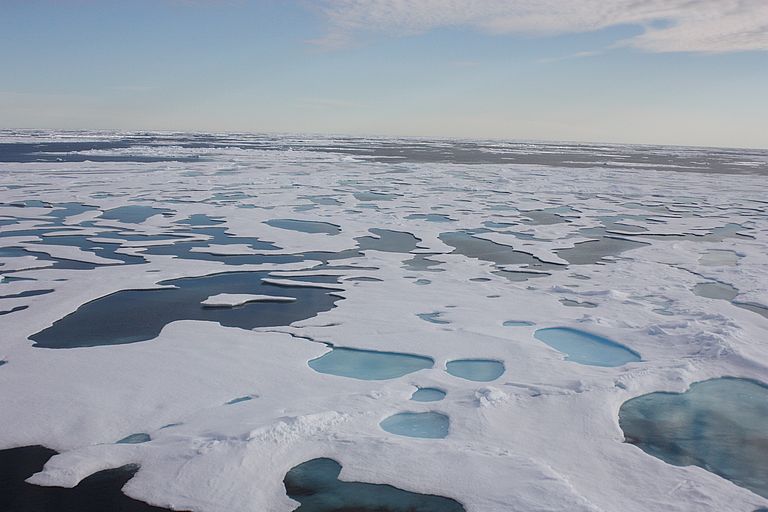 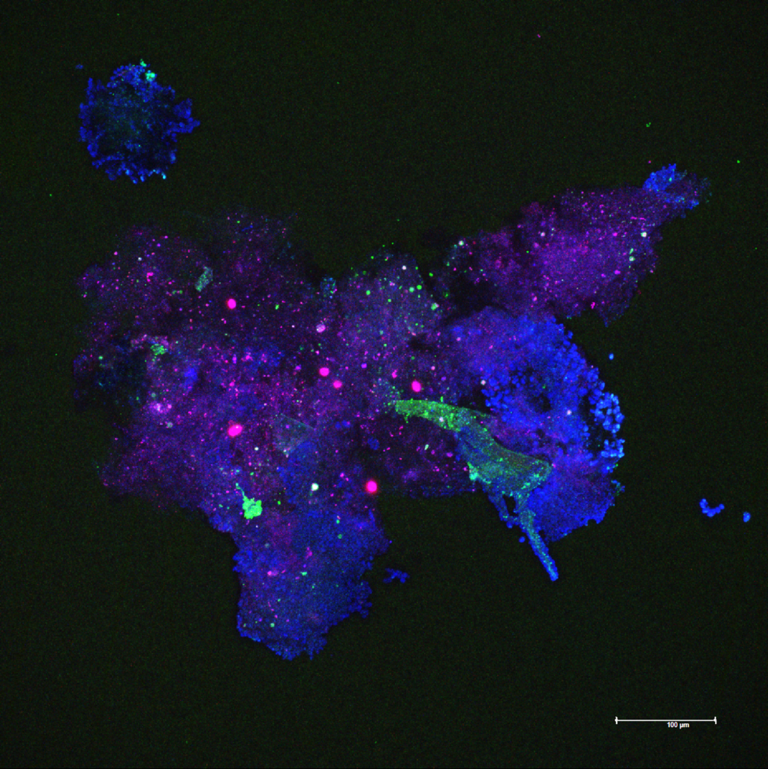 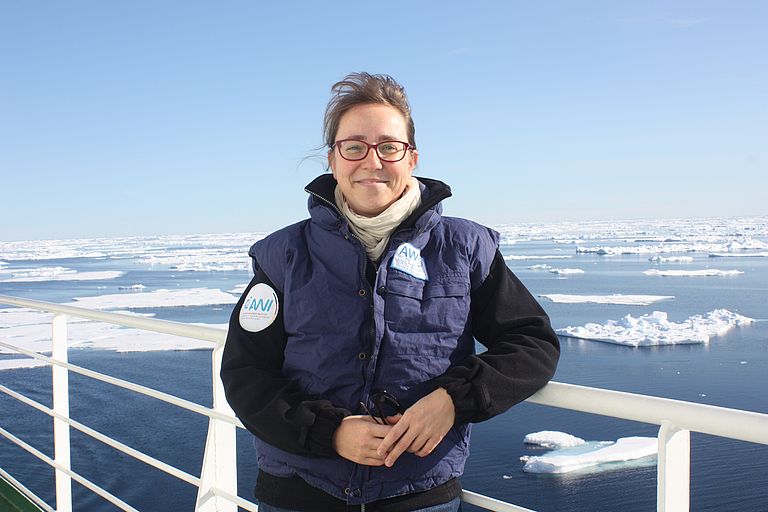 Life under the ice during the polar night

How microorganisms perform under the Arctic sea ice?

27 November 2019/Kiel. How does the marine ecosystem function under extreme conditions? How will it change due to global warming? As part of the MOSAiC campaign organised by the Alfred Wegener Institute Helmholtz Centre for Polar and Marine Research, in which the German research vessel POLARSTERN drifts through the Arctic Ocean for over a year, studies will be carried out on microorganisms living below the Arctic sea ice. The study, which will be carried out with the participation of scientists from GEOMAR Helmholtz Centre for Ocean Research Kiel, will take place during the polar night from December to February.

How will the production and degradation of organic matter in the ocean change on long time scales, especially in polar regions, which are particularly critical for the absorption and release of carbon dioxide (CO2)? The research group of Prof. Anja Engel from GEOMAR Helmholtz Centre for Ocean Research in Kiel and scientists from the Alfred Wegener Institute Helmholtz Centre for Polar and Marine Research (AWI) have been working on this topic for more than 10 years within the framework of PEBCAO (Plankton Ecology and Biogeochemistry in a Changing Arctic Ocean). However, measurements have so far only been possible between early summer and autumn and mostly in subpolar regions such as the Fram Strait between Greenland and Spitsbergen. Within the framework of the MOSAiC campaign coordinated by AWI, this will now change. Jointly with an international team, scientists from GEOMAR will for the first time carry out measurements under the sea ice during Arctic winter.

“We want to obtain water samples below the sea ice which will then be subject to complex analyses”, explains Dr. Julia Grosse from GEOMAR, who will carry out the measurements on board. “Our work will focus on bacteria and phytoplankton and their influence on the concentration of various organic carbon components”, Grosse continues. Even the collection of the samples will be a challenge. “We hope to be able to work with water samplers and plankton nets from RV POLARSTERN, which is now frozen in the ice. But it depends on whether or not we can keep a larger hole in the ice. Otherwise we will have to collect our samples through holes drilled into the ice”. Nevertheless, Dr. Grosse is optimistic. She prepared herself for the difficult conditions with a special training session that took place last winter in Finland. Extreme cold, polar night and polar bears are some of the risks for the researchers. In addition, the trip to POLARSTERN is already challenging. The journey with the Russian research icebreaker KAPITAN DRANITSYN will take almost three weeks before the measuring campaign on the Polarstern drifting in the ice can start by mid of December. The equally long return journey from the Arctic Ocean begins in mid-February.

The GEOMAR scientist hopes to be able to bring some of the sample material back to Kiel, as not all investigations can be carried out on site on the POLARSTERN. “It is a unique opportunity to get such data”, says Dr. Grosse. Therefore, she gladly accepts the long journey and the difficult boundary conditions. “This is a 'once-in-your-lifetime' opportunity, thus, I haven’t thought long about it”, says the 36-year-old biologist.

The participation is financed by the MICRO-ARC project, which is funded by the Federal Ministry of Education and Research and coordinated by GEOMAR. MICRO-ARC investigates how short-term (e.g. seasonal) changes in the physical environment (e.g. changes in heat fluxes, mixing depths, solar radiation and nutrient inputs) of the Arctic Ocean affect pelagic microbial ecosystems and what influence these ecological changes have on the present and future biogeochemistry of organic material.

The MOSAiC expedition, led by the Alfred Wegener Institute, Helmholtz Centre for Polar and Marine Research (AWI) entails unprecedented challenges. An international fleet of 4 icebreakers, helicopters and aircraft will supply the team on its epic voyage. A total of 600 international participants, half of which are researchers, will be part of the mission.

The budget for the expedition is roughly 140 million euros. During the course of the year, circa 300 researchers from 17 countries will be on board, from Belgium, Canada, China, Denmark, Finland, France, Germany, Great Britain, Japan, the Netherlands, Norway, Poland, Russia, Spain, Sweden, Switzerland and the USA. They will be supported on land by researchers from Austria and South Korea. The questions that the researchers will be investigating during the expedition are closely linked. Together they will study the entire climate system in the Central Arctic for the first time. They will gather data on five subareas: atmosphere, sea ice, ocean, ecosystems and biogeochemistry, in order to gain insights into the interactions that shape the Arctic climate and life in the Arctic Ocean.

You can find the latest news from the Arctic via the MOSAiC channels on Twitter (@MOSAiCArctic) and on Instagram (@mosaic_expedition) using the hashtags #MOSAiCexpedition, #Arctic and #icedrift. There is more information on the expedition at: www.mosaic-expedition.org. The MOSAiC web app allows you to follow Polarstern’s drift route live: follow.mosaic-expedition.org