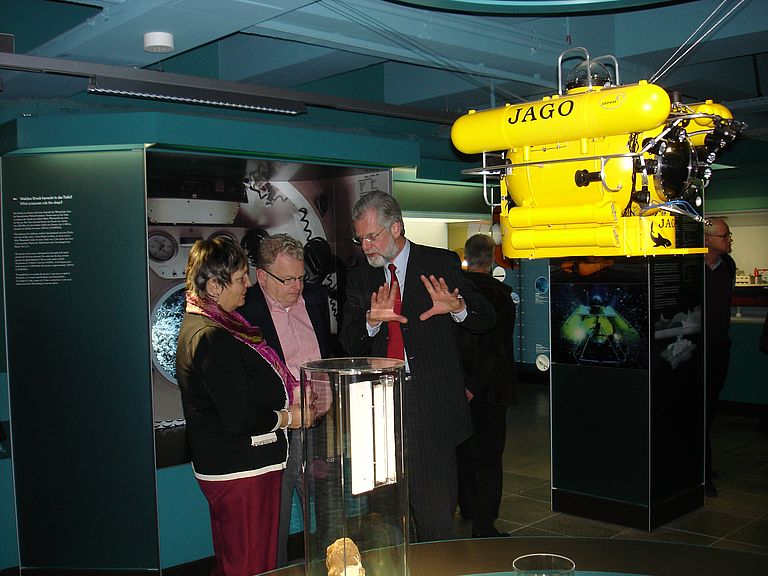 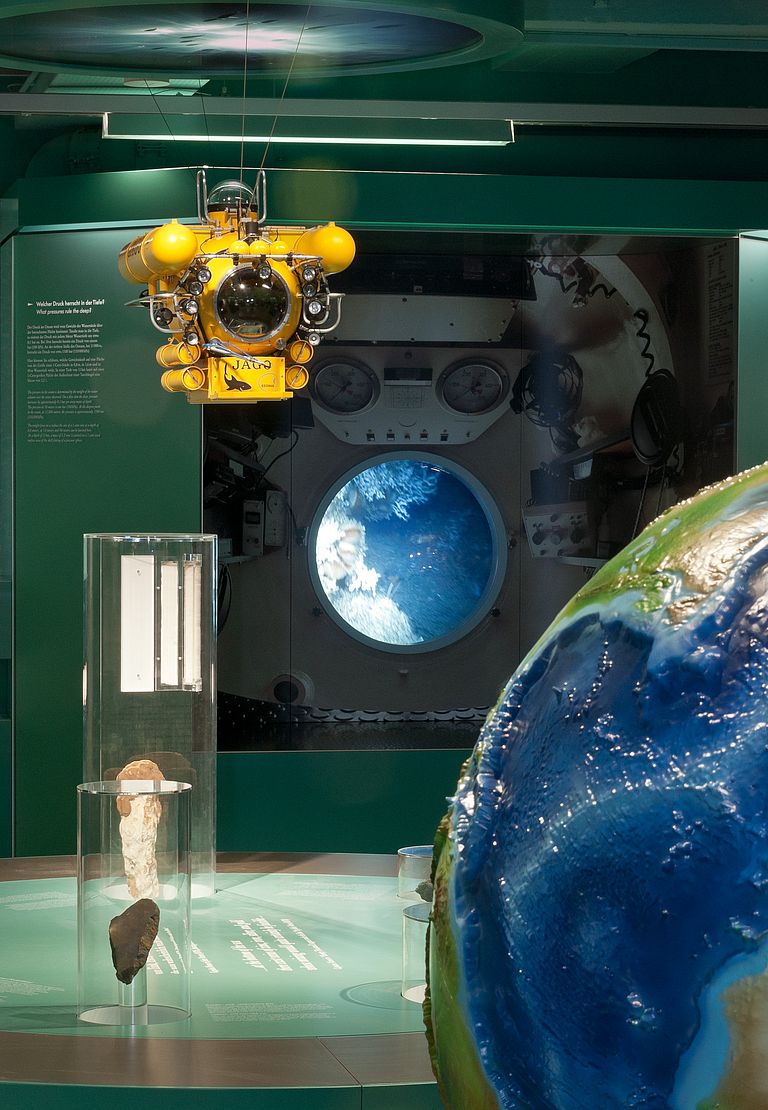 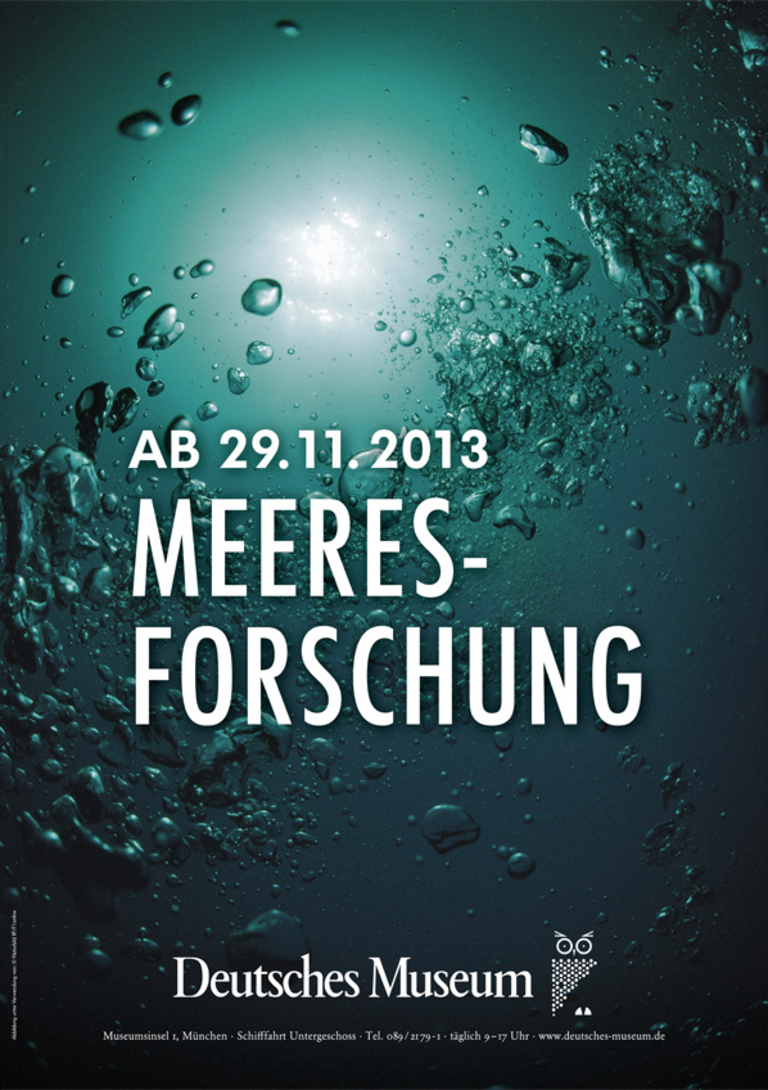 29 November 2013/Munich. The Bavarian capital Munich may indeed have a strong science and research base but marine research has only played a secondary role so far - for obvious reasons. That has now changed, at least partially. Since last week, the Deutsches Museum has an extensive new exhibition on display that showcases modern marine research, from its humble beginnings 150 years ago to ‘wet aeronautics' of the present. It shows the full range of technology that is needed for research under the extreme conditions of the deep sea.

Among the impressive exhibits are models of deep sea vehicles that are currently in use at German research centers. This includes a full-scale model of the autonomous underwater vehicle ABYSS of GEOMAR Helmholtz Centre for Ocean Research Kiel. The original is in use worldwide to explore the seabed and measure geological structures in very high resolution in up to 6000 meters water depth. Germany’s only manned research submersible JAGO is also represented as a model.

During the opening ceremony of the exhibition, the director of Deutsches Museum, Professor Wolfgang M. Heckl, thanked GEOMAR and MARUM, the Bremen Research Center for Marine Environmental Sciences, for their support in the implementation of the project. "We could not have done it without your help," he stressed.

GEOMAR Director Professor Peter Herzig in turn thanked the Deutsches Museum for the opportunity to show current topics of ocean research in one of Germany's most famous and prestigious technology museums. "The oceans cover about two thirds of the earth's surface, but we still know very little about them. With their potential for raw materials, the important interactions with the climate and the threats of marine natural hazards, the oceans play a fundamental role for all of mankind," Herzig said.

Professor Martin Visbeck, oceanographer and spokesman of the Kiel Excellence Cluster "The Future Ocean", explained in his lecture the importance of ocean currents for the climate and showed how modern technology helps scientists to explore the realm of the abyssal oceans.

As of today, the exhibition is open for everyone during a visit at Deutsches Museum.