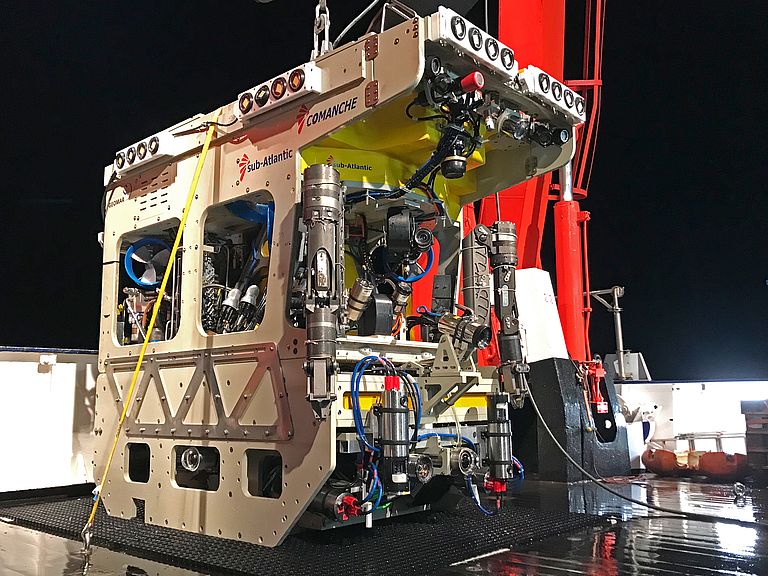 The cameras of the LIGHTHOUSE system were tested with the remotely operated vehicle ROV PHOCA in Sogn Fjord, Norway. Photo: Tom Kwasnitschka, GEOMAR 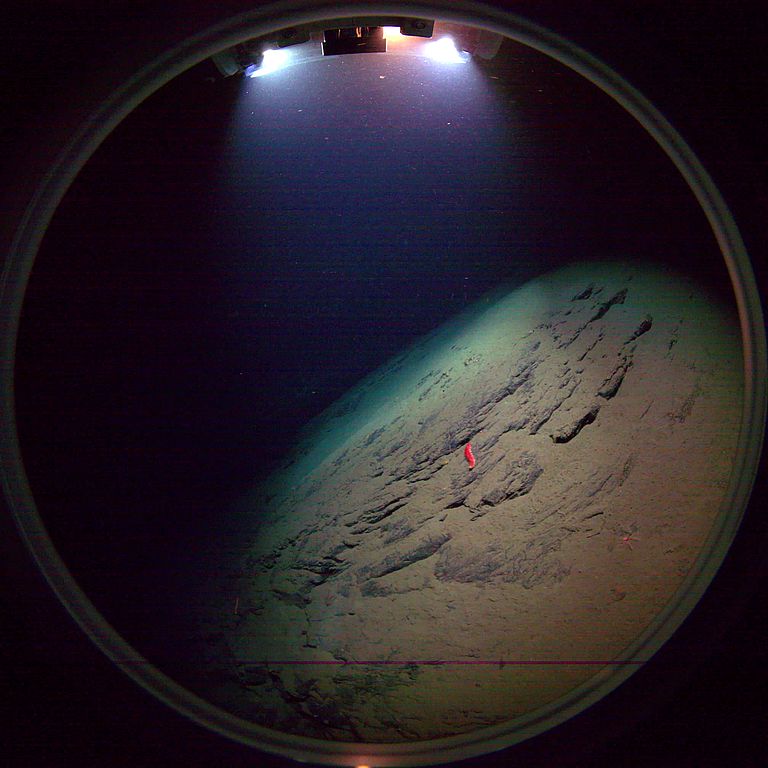 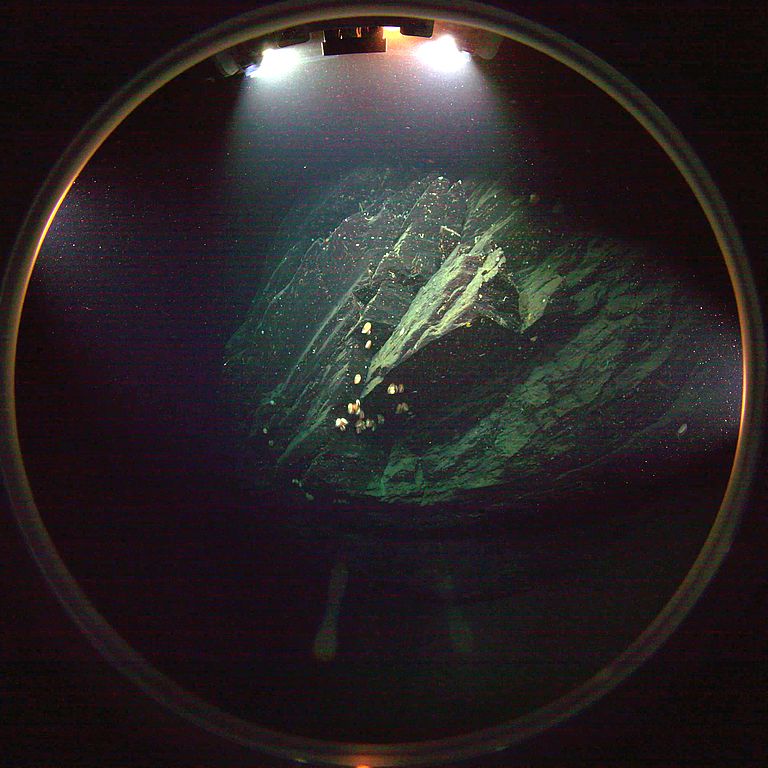 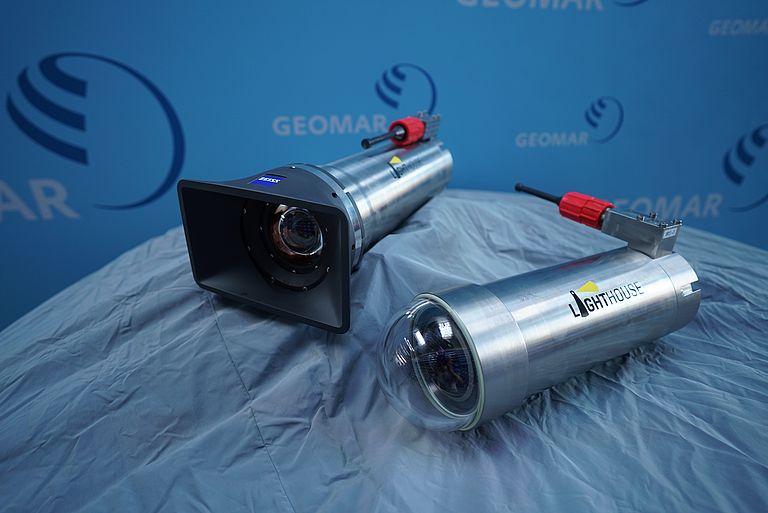 Precise vision at the deep sea

07.11.2022/Kiel. The deep ocean appears hostile and otherworldly for humans. But supported by underwater robots, this world that is characterised by darkness, high pressure and low temperatures can be explored – for modern marine research as well as for industrial applications such as the extraction of raw materials. The cameras of these underwater instruments are crucial in this context. To further improve insights, a team at GEOMAR Helmholtz Centre for Ocean Research Kiel has developed powerful camera systems as part of the LIGHTHOUSE project funded by the Helmholtz Validation Fund. These include a high-precision “deep-sea aerial camera”, which was built on new types of underwater optics from the Zeiss company, enabling precise photogrammetric surveys of large seabed areas for the first time. The cameras are available for scientific cooperation projects.

The deep sea is a region of immense vastness – and the exploration over areas of several hectares in a resolution of millimetres is becoming increasingly important. Precise maps of the seabed help to better assess risk related to deep-sea mining or natural hazards such as submarine landslides and subsequent tsunamis.

High-precision surveying is often based on optical methods. Over land, methods of aerial mapping and laser-based surveying are already established and currently even finding their way into smartphones. Under water, however, this is much more difficult for physical reasons. “We are about thirty years behind the development on land,” says Dr. Tom Kwasnitschka. The geologist at GEOMAR Helmholtz Centre for Ocean Research Kiel led the LIGHTHOUSE project, that was funded by the Initiative and Networking Fund of the Helmholtz Association of German Research Centres from 2018 to 2022 to develop a deep-sea visualisation system. “Today's deep-sea cameras are still pressure tanks, small submarines so to speak, with a window through which a camera designed for use on land looks out into the ocean. However, these windows are massive to withstand the high pressures. In addition to light refraction in the water, this alters the images in such a way that reliable image analysis is not possible.”

For more than a decade, several working groups at GEOMAR have developed camera technology and optical measurement techniques in the deep sea. The latest contribution is provided by the “Seafloor Visualisation” group headed by Dr. Tom Kwasnitschka. The team has added two new models to the camera system series “Deep Survey Cam” (DSC). The main innovation is the fact that any number of cameras can be connected synchronously and controlled via an internet browser. In this way, a complex 360-degree image of the seabed is created from several individual views. This concept, patented for the deep sea as part of the LIGHTHOUSE project, is borrowed from current computer-based special effects in the film industry. Possible further developments include in-camera image processing using artificial intelligence.

“For the new models, we have combined freely available components with in-house development and production. This has kept the development costs noticeably in check,” explains Dr. Kwasnitschka. “A welcome side effect of this process is thus, for example, that complex titanium pressure bodies, for example for camera systems, can now also be developed and manufactured entirely at GEOMAR's Technology and Logistics Centre.” One of the two new models is compatible with the giant-screen “Fulldome Video” format, thanks to its high resolution and a fisheye lens. The other one uses special optics from Carl Zeiss Jena GmbH for the first time, a development of which also incorporated GEOMAR specifications. This lens is specifically designed for use at extreme depths in direct contact with seawater, and takes into account all the effects of pressure and light refraction. “With this innovation, we have moved into a quality range that is comparable to professional photography on land. In addition, we can use software for image processing that is intended for photo-based surveying on land,” says Dr. Kwasnitschka. “Basically, we are dealing with an aerial camera for the deep sea.” The LED flash system has also been further improved for proper illumination.

After initial tests with the Remotely Operated Vehicle (ROV) ROV PHOCA, the devices are now in operational use. Since the LIGHTHOUSE project not only produced prototypes but also small series of both camera systems, they are now also available for scientific cooperation projects.

Within the framework of the Initiative and Networking Fund of the Helmholtz Association of German Research Centres, the Helmholtz Validation Fund supports the validation of new processes and technologies originating from research towards commercialisation. This includes studies of technical feasibility, followed by prototype construction and tests, always taking into account economic viability and marketability. Within this framework, the LIGHTHOUSE project has been funded at GEOMAR from 2018 to 2022 with a total volume of 2.37 million euros. The aim of the project was to create a fully integrated system of simultaneously operating cameras, laser scanners and acoustic sensors that scans the entire surroundings of a diving robot in the deep sea in real time. Analogous to the sensor systems of autonomous road vehicles (e.g. “Streetview” cars), an omnidirectional three-dimensional scanning is thus achieved, situational awareness is increased and thus collisions or delays due to limited navigation on the ocean floor are prevented. At the same time, the environment of the diving robot is mapped in real time and at high resolution, as a basis for scientific or industrial questions.

The cameras of the LIGHTHOUSE system were tested with the remotely operated vehicle ROV PHOCA in Sogn Fjord, Norway. Photo: Tom Kwasnitschka, GEOMAR