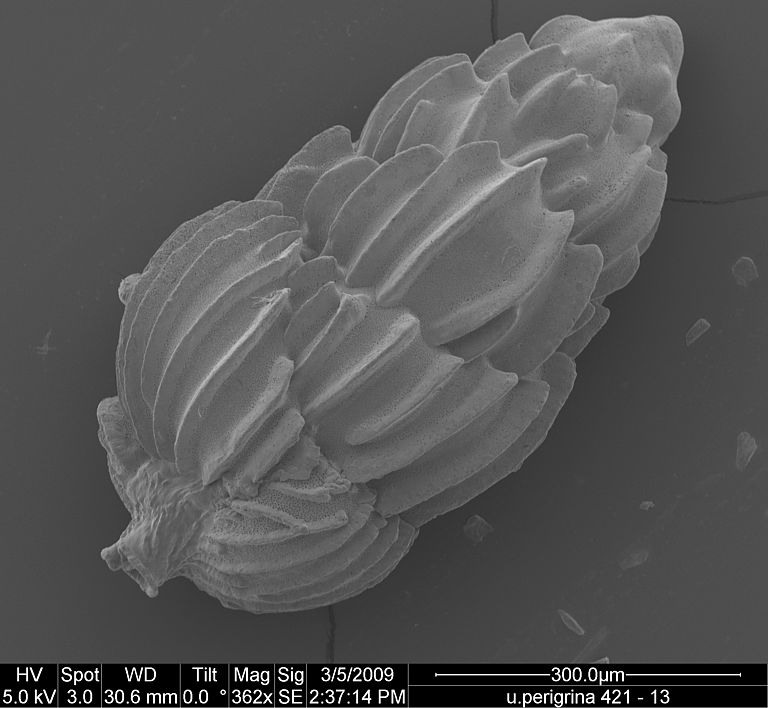 Electron-micrograph of Uvigerina peregrina, a foraminiferal species that lives on the seafloor off Peru. Photo: Nicolaas Glock/GEOMAR 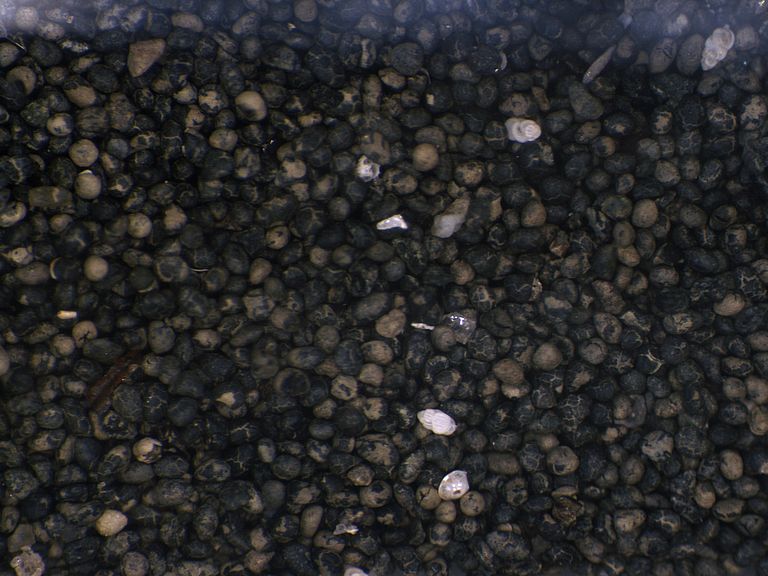 Abundant phosphorite grains in phosphoritic sands from the seabed off Peru with the size and shape of foraminifera. Photo: Nicolaas Glock/GEOMAR 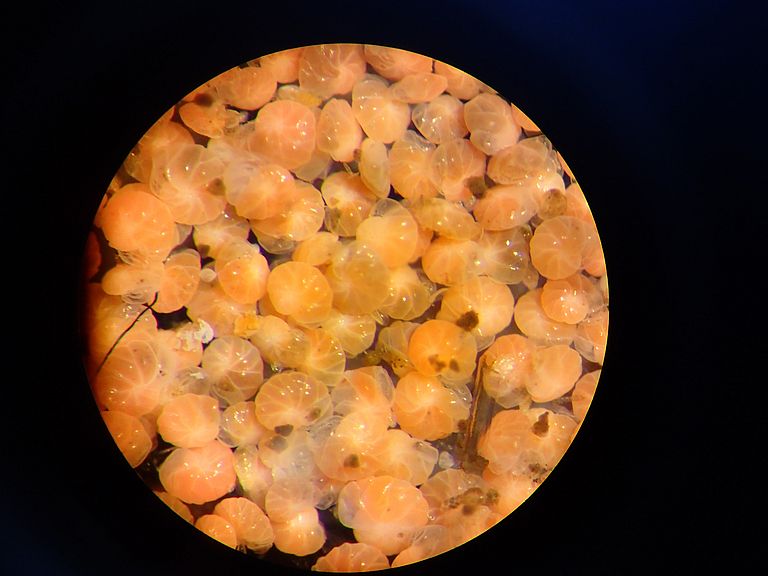 Living individuals of Cassidulina limbata, a benthic foraminiferal species that thrives on the seafloor off Peru. Photo: Alexandra-Sophie Roy/CAU

10 September 2020/Kiel. Phosphate is essential for all living organisms, since phosphorus is a component of the DNA in our bodies. Phosphate is also widely used in fertilizers. As phosphate resources on earth are declining, new knowledge about the formation of such deposits is important. In a study led by GEOMAR Helmholtz Centre for Ocean Research Kiel, new phosphate reservoirs have now been discovered in amoeba-like organisms living in marine sediments. The work also provided new insights into the formation of rocks with a high phosphate content, so-called phosphorites. The study has now been published in the journal Geochimica et Cosmochimica Acta.

All living organisms depend on phosphate. Yet the knowledge about the oceanic phosphorus cycle is limited. The additional input of phosphate into seawater by agriculture and industry could increase the oxygen loss of the oceans: phosphate fuels the production of biomass in the ocean. But this biomass consumes oxygen during decay, which leads to the formation of low-oxygen areas. This means that these regions are no longer suitable for organisms that depend on oxygen. This phenomenon can be compared to a garden pond that dies due to over-fertilization.

On the other hand, rocks containing phosphate, so-called marine phosphorites, form a large sink for oceanic phosphate. However, their formation process is not well understood, yet. Researchers of GEOMAR Helmholtz Centre for Ocean Research Kiel and the Kiel University have now discovered an important phosphate pool in the sediments of the Peruvian continental margin.

There the phosphate is stored in unicellular organisms, so-called foraminifers. The Peruvian continental margin is a hotspot for the formation of phosphorites. Some sediments contain phosphorus-rich sands, which consist mainly of phosphatized foraminifers. The intracellular phosphate concentration in these foraminifers exceeds the concentrations of the surrounding water by a factor of 100 to 1000, according to the study published in the scientific journal Geochimica et Cosmochimica Acta.

Based on these results, the scientists assume that the phosphate stored in the foraminifera favors the formation of phosphorites, since the high concentrations in the cell can lead to local supersaturation after their death. This means that there is so much phosphate in a small volume of water that it cannot be dissolved anymore. Thus, a solid rock, in this case phosphorite, begins to form. However, this happens in the ocean under very special conditions, which is why this observation is so interesting for the scientists.

Based on their investigations, the researchers were able to make estimates of the total intracellular phosphate pool which they discovered. These will be useful for modelers working on marine biogeochemical cycles. Because the carbon, nitrogen and phosphorus cycles are coupled, there are strong connections between global phosphate inventories and climate. For example, because phosphate is an important nutrient that stimulates biomass production, more carbon dioxide is bound in organic matter and can be sequestered in the ocean. In order to be able to estimate future changes in marine nutrient budgets, it is therefore important to develop a comprehensive understanding of modern nutrient cycling in the oceans.

Regarding the significance of the new findings, first author Dr Nicolaas Glock says: “To our knowledge, this is the first study on the intracellular phosphate content of foraminifera, a group of microorganisms that is very abundant and ubiquitous in the marine environment. Considering the depletion of natural phosphorus resources and the increasing need for fertilizers to feed a growing world population, this study is of course also of socio-economic interest”.

Electron-micrograph of Uvigerina peregrina, a foraminiferal species that lives on the seafloor off Peru. Photo: Nicolaas Glock/GEOMAR

Abundant phosphorite grains in phosphoritic sands from the seabed off Peru with the size and shape of foraminifera. Photo: Nicolaas Glock/GEOMAR

Living individuals of Cassidulina limbata, a benthic foraminiferal species that thrives on the seafloor off Peru. Photo: Alexandra-Sophie Roy/CAU