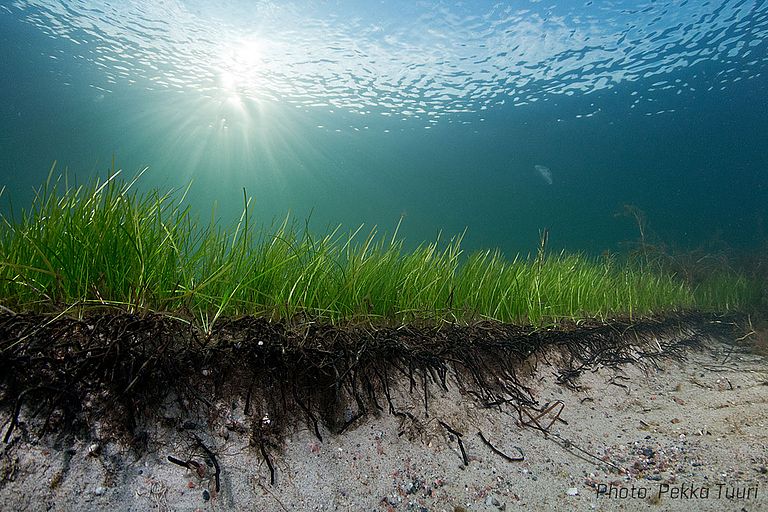 Seagrass meadow in the Baltic Sea. This is not a population, but a clone. Photo Pekka Tuuri Using sea gr 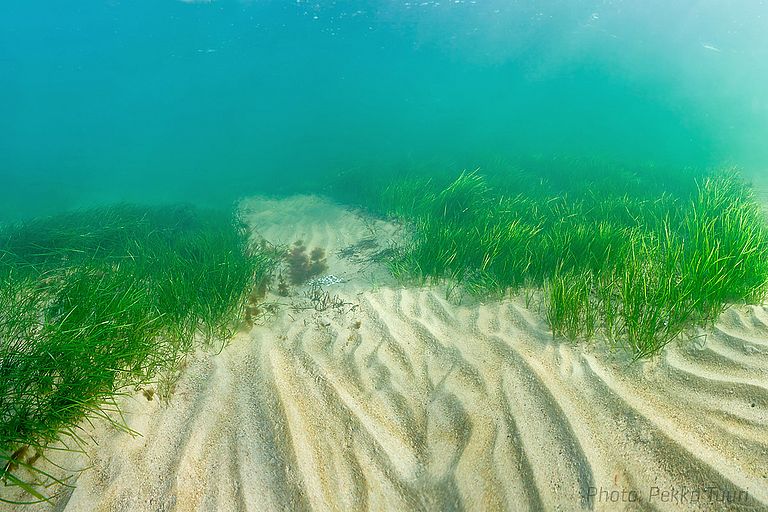 Using sea grass as an example, the new study shows that clones are genetically not as homogeneous as assumed - and can therefore successfully compete in the environment. Photo: Pekka Tuuri

Clones - everything but identical

11 May 2020 / Kiel. Genetic diversity is generally considered a prerequisite for survival and resilience of species or populations. Sexual reproduction ensures this diversity. However, clones—large asexual populations of plants or animals growing via branching and fragmentation—are the foundation of some of the most stable and productive marine ecosystems such as seagrass beds or coral reefs. Today, an international team of scientists led by the GEOMAR Helmholtz Centre for Ocean Research Kiel has published a study in the journal Nature Ecology and Evolution, which sheds new light on this apparent paradox.

As a postdoctoral researcher, Thorsten Reusch, now Professor of Marine Ecology at GEOMAR Helmholtz Centre for Ocean Research Kiel, made a discovery that actually contradicted general ecological concepts. When he genetically examined seagrass meadows in the Baltic Sea in the late 1990s, he found that a site close to the Åland islands (Finland) was composed of the same genotype. This was not a population, but a single individual—a clone.

Since clones are supposed to be composed of genetically identical replicates, their very existence is hard to reconcile with concepts of genetic diversity as prerequisite for survival and resilience. However, since the first discoveries it became more and more apparent that large clones are widespread in nature and that such extreme clonality also applies to basal animals, for example reef building corals. How is it possible that clones are the foundation of some of the most stable and productive ecosystems such as coral reefs or seagrass meadows?

This fundamental ecological riddle has now been addressed by an international team led by Prof. Thorsten Reusch at the GEOMAR Helmholtz Centre for Ocean Research Kiel, using the seagrass Zostera marina as a model species. Today, the team has published its results in the international journal Nature Ecology and Evolution.

For this study, the team used another large Baltic seagrass clone that had been DNA fingerprinted before and took advantage of the high-quality genome sequence of the seagrass that was published in 2016 with the GEOMAR team as a key contributing group. The team used the enormous sequencing power of modern, high throughput DNA sequencing at the Institute for Clinical Molecular Biology Kiel to track genetic variants emerging by somatic mutations on their way to dominate the genotype of entire clone members.

“We were very surprised by the amount of somatic genetic variation, and found hundreds of genes affected by variation of the DNA base sequence at positions that would change the resulting protein, thus demonstrating their potential to contribute to adaptation", says Lei Yu, doctoral student in Prof. Reusch’s group and first author of the study.

However, it will be challenging to identify the gene variants that really contribute to adaption. “If an advantageous somatic mutation leads to an increased proliferation of a module, many other genetic variations will be dragged on at the same time, although they have not led to a better adaptation. To find the decisive one among all the others is difficult in the absence of sexual reproduction and recombination of genetic variation”, explains Prof. Reusch.

Fortunately, the GEOMAR group has just been awarded with a grant of the prestigious “Human Frontiers of Science Program HFSP” for the project ADAPTASEX where it will team up with coral and cancer researchers to assess how widespread these processes are and how adaptive processes can be modeled adopting principles from cancer research. “Our idea was that a growing cancer tumor, before it is destroying its host, is very analogous to an adapting, free living clone, and we would like to explore these parallels", says Prof. Reusch.

But for now, the new study already shows that somatic mutations can end up as genetically different modules because new branches are initiated by only few cells. “This constitutes a novel evolutionary pathway for a large group of species including, for example corals, many algae and seagrasses, that were previously thought to be evolutionary dead ends,” explains Prof. Reusch. This bottleneck during formation of clonal offspring is key to partition somatic genetic variation into differentiated modules so that they can be subjected to natural selection. Thorsten Reusch: “This process may offer one explanation why these species are persistent in the face of strong environmental stress”. And this, in turn, may partially solve the riddle why genetically homogenous clones exist - precisely because they may not be genetically homogeneous after all.

Seagrass meadow in the Baltic Sea. This is not a population, but a clone. Photo Pekka Tuuri Using sea gr

Using sea grass as an example, the new study shows that clones are genetically not as homogeneous as assumed - and can therefore successfully compete in the environment. Photo: Pekka Tuuri