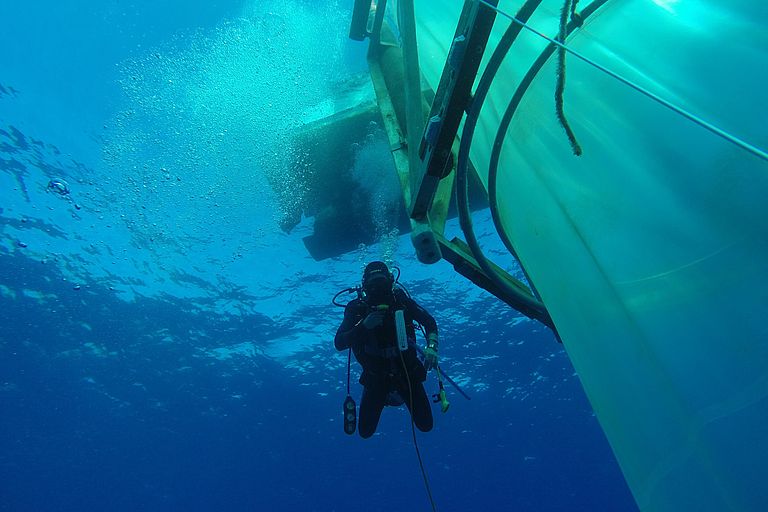 Within OceanNETs, experiments with the Kiel KOSMOS offshore mesocosms are planned to test the impacts and possible side effects of so-called ocean alkalinisation in marine ecosystems. Photo: Michael Sswat/GEOMAR 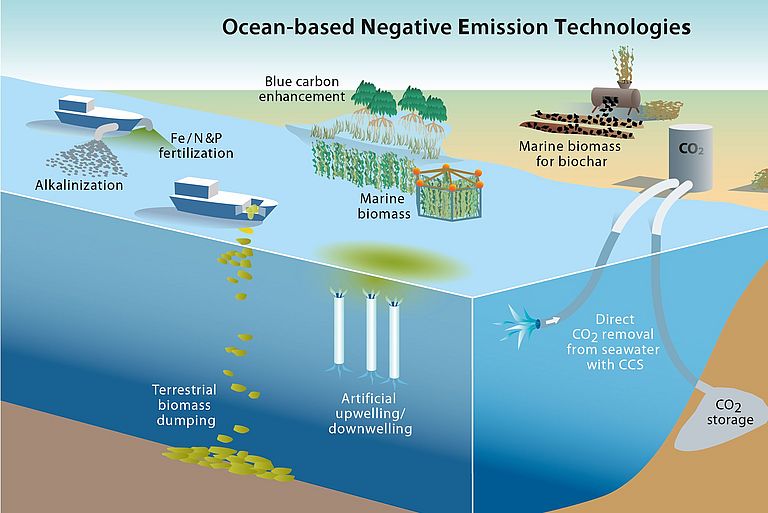 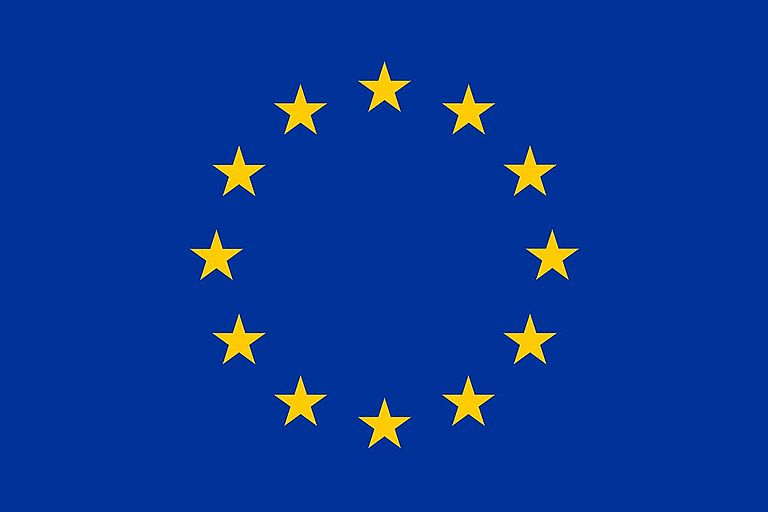 This project has received funding from the European Union’s Horizon 2020 research and innovation programme under grant agreement No 869357.

Mobilizing the ocean for climate protection

17 June 2020 / Kiel. Humanity cannot limit global warming to 1.5 degrees unless action is taken. The Intergovernmental Panel on Climate Change (IPCC) has shown this in its special report from 2018. In addition to reducing emissions to nearly zero, humanity must actively remove greenhouse gases from the atmosphere in order to achieve the climate goal. From 1 July, scientists from 14 institutions in six countries will be examining the opportunities and risks of ocean-based technologies for such negative emissions. The EU is funding the OceanNETs project within the Horizon 2020 programme with a total of 7.2 million euros. The overall coordination lies with the GEOMAR Helmholtz Centre for Ocean Research Kiel.

In 2015, the international community agreed in Paris to limit global warming to two degrees or less. In 2018, the Intergovernmental Panel on Climate Change (IPCC) published a special report which shows clear advantages in limiting global warming to only 1.5 degrees: less loss of biodiversity, fewer extreme weather events, less sea level rise, to name just a few examples. Model calculations used by the IPCC also show that this 1.5 degree goal is still achievable. To reach this target, however, almost all model simulations require negative emissions. “This means that in addition to the urgently needed emission reductions, technologies including nature-based solutions that remove carbon dioxide from the atmosphere are also necessary,” says Dr. David Keller, climate researcher at the GEOMAR Helmholtz Centre for Ocean Research in Kiel.

Such negative emissions technologies (NETs) have already been investigated for several years with regard to potential, risks and side effects. ”However, up to now the focus has mostly been on land-based methods”, says Dr. Keller, ”knowledge about ocean-based NETs remains limited, although the ocean has a much higher capacity for carbon absorption and storage - simply because of its surface area and volume”.

In order to close the existing gaps in knowledge, Dr. Keller, together with partners from 14 institutions in six different countries, has successfully acquired funding for the OceanNETs project from the European Community. The EU is funding it with a total of 7.2 million euros over the next four years as part of the Horizon2020 programme. Of this, 2.5 million euros alone will go to GEOMAR for project coordination and various sub-projects.

Overall, OceanNETs will investigate the potentials and risks of proposed ocean-based NETs using a transdisciplinary research approach. The project aims to find out whether ocean-based NETs can play an essential and sustainable role in achieving climate neutrality in the sense of the Paris Climate Convention. The focus is not only on the scientific evaluation of these technologies, but also on their impact on politics, economy and society and on how these sectors determine our ability to deploy NETs.

“OceanNETs is breaking new ground by bringing together renowned experts from the economic, political, legal, social and natural sciences and establishing a close dialogue with stakeholders in a single integrated project,” emphasises Dr Keller, “so that in the end we can evaluate ocean-based NETs within the framework of the UN sustainability goals and for further national and international climate plans.”

Within the project, GEOMAR is responsible for the overall coordination as well as the transfer of knowledge to different stakeholders. OceanNETs draws on experience and methods that have already been assessed in the context of theoretical and modelling studies in the Priority Program on the Assessment of Climate Engineering, funded by the German Research Foundation (DFG) and coordinated by Prof. Dr. Andreas Oschlies from GEOMAR. As a next step, experiments are now planned within OceanNETs in the GEOMAR laboratories and with the Kiel KOSMOS offshore mesocosms off Gran Canaria (Spain) and Bergen (Norway) to test for marine organism and ecosystem responses to so-called ocean alkalinization. In this approach, alkaline minerals will be dissolved in order to restore seawater pH values and thereby increase the ocean's ability to absorb CO2. "We want to better understand the possible risks and negative side effects of ocean alkalization for marine life, but will also test for possible co-benefits of this approach, as it counteracts ocean acidification", summarized Prof. Dr. Ulf Riebesell from GEOMAR.

With the help of numerical models, the investigations of ocean alkalinization and other NETs are upscaled to a global level and extended into the future. GEOMAR also manages the data generated.

”Meeting the climate protection targets agreed in Paris is a major challenge that requires the use of new technologies and nature-based solutions. But first we need reliable ways of assessing the benefits and risks of these approaches against each other. OceanNETs will make an important contribution to this," summarizes Dr. Keller and adds: "The worst of all options, however, would be to do nothing at all. Because we then further endanger the existence of future generations and natural systems”.

Please note:
This project has received funding from the European Union’s Horizon 2020 research and innovation programme under grant agreement No 869357.

Within OceanNETs, experiments with the Kiel KOSMOS offshore mesocosms are planned to test the impacts and possible side effects of so-called ocean alkalinisation in marine ecosystems. Photo: Michael Sswat/GEOMAR

This project has received funding from the European Union’s Horizon 2020 research and innovation programme under grant agreement No 869357.